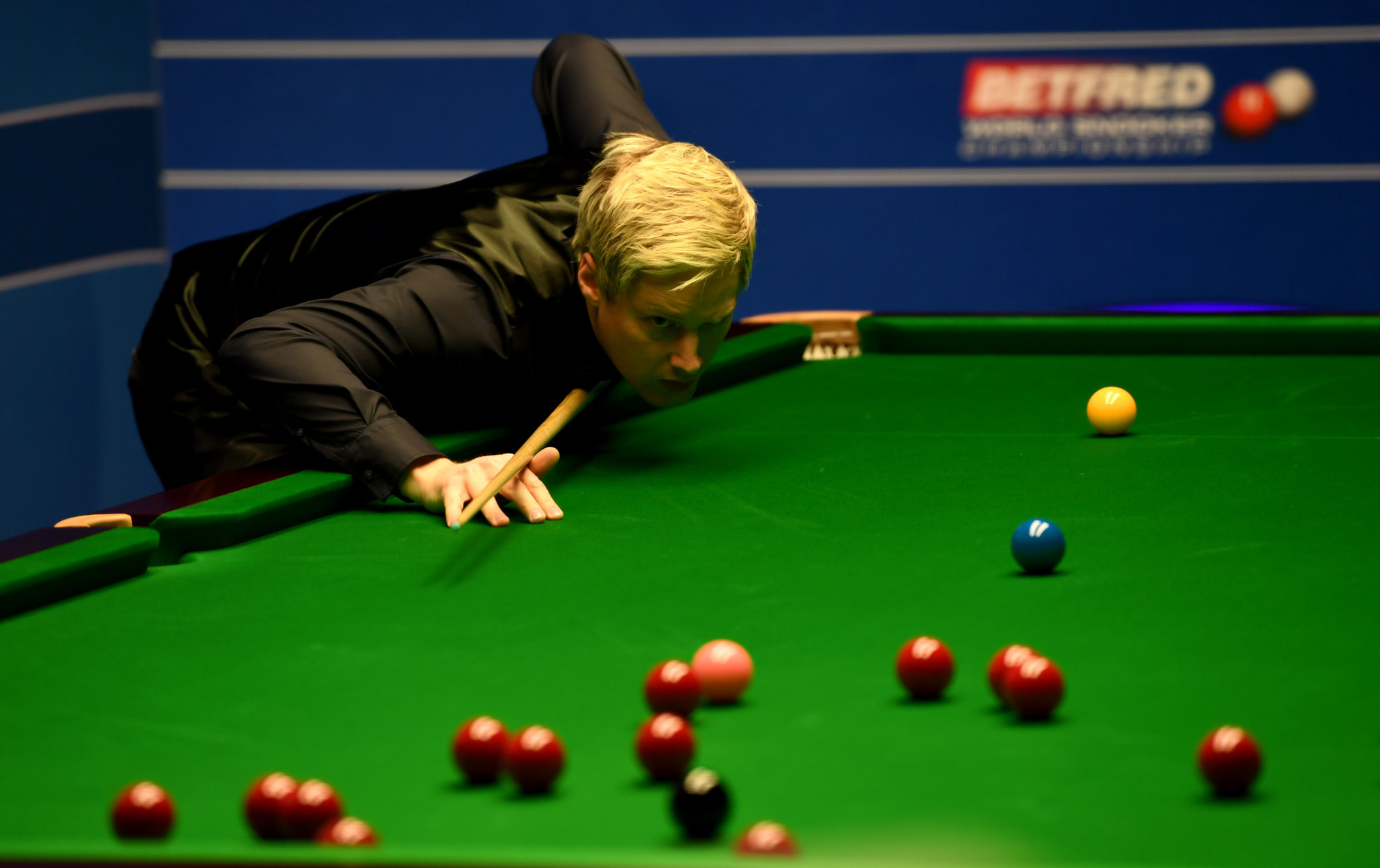 Three of the remaining last 16 matches are delicately poised after an eventful ninth day at the World Snooker Championship, in which two players were involved in an angry war of words and another spilt coffee over his trousers just before the start of his match.

Two matches are deadlocked heading into the final sessions tomorrow, while another has just one frame between the players, after it was halted a frame earlier than scheduled due to time restrictions.

The match halted early was between two qualifiers, Scotland's Anthony McGill and Wales' Jamie Clarke, which reached its mid-session interval at the same time as the corresponding session on the other table finished.

Clarke, the world number 89, led 6-2 after the first session and extended his advantage by winning the next two, which included a tense tenth frame, by clearing the colours.

That frame was notable for a heated exchange between the two players, with McGill unhappy that Clarke remained in his eyeline instead of sitting down after he missed a yellow.

Referee Jan Verhaas was forced to step in telling the players to "leave it" as they exchanged angry words.

Speaking on BBC Sport's coverage of the tournament, six-time world champion Steve Davis described the incident as a "nasty moment."

On the baize, McGill won the next five frames following the dispute before the session was halted a frame early, meaning Clarke leads 8-7 going into tomorrow's final session.

In another tight and eventful contest, Australia's Neil Robertson, the second seed, is also deadlocked with England's Barry Hawkins at 8-8 after today's opening two sessions.

Robertson's day got off to an unusual start as he spilled coffee on his trousers just before the start of the first frame, leading to a short delay to proceedings to enable him to change his trousers.

Before we've even hit a ball, @nr147 has booked his place at the dry cleaners! 😅 #ilovesnooker @Betfred pic.twitter.com/z87aQZQzq7

Robertson led 5-3 after the first session and extended his advantage early in the day's second session.

Hawkins fought back winning four frames on the bounce before Robertson notched a century to go 8-7 ahead.

Hawkins then took the final frame to level the match at 8-8.

The other deadlocked match after two sessions of play is between England's Ronnie O'Sullivan and China's Ding Junhui - that is also level at 8-8.

Resuming at 4-4 after the first session, O'Sullivan took a scrappy opening frame before Ding won three frames on the bounce, which included two centuries, to take the lead at 7-5.

O'Sullivan then took the next three frames in the space of 35 minutes before Ding took the last two of a rapid-fire session to level again at 8-8.

In the day's other match, England's Kyren Wilson, who became the only man in the event's history to receive a first-round bye at the tournament after his opponent withdrew, opened up a 5-3 lead after the first session of his match with compatriot Martin Gould.

The four remaining last 16 matches conclude tomorrow at the Crucible Theatre in Sheffield, with the tournament being played behind closed doors because of the coronavirus pandemic.