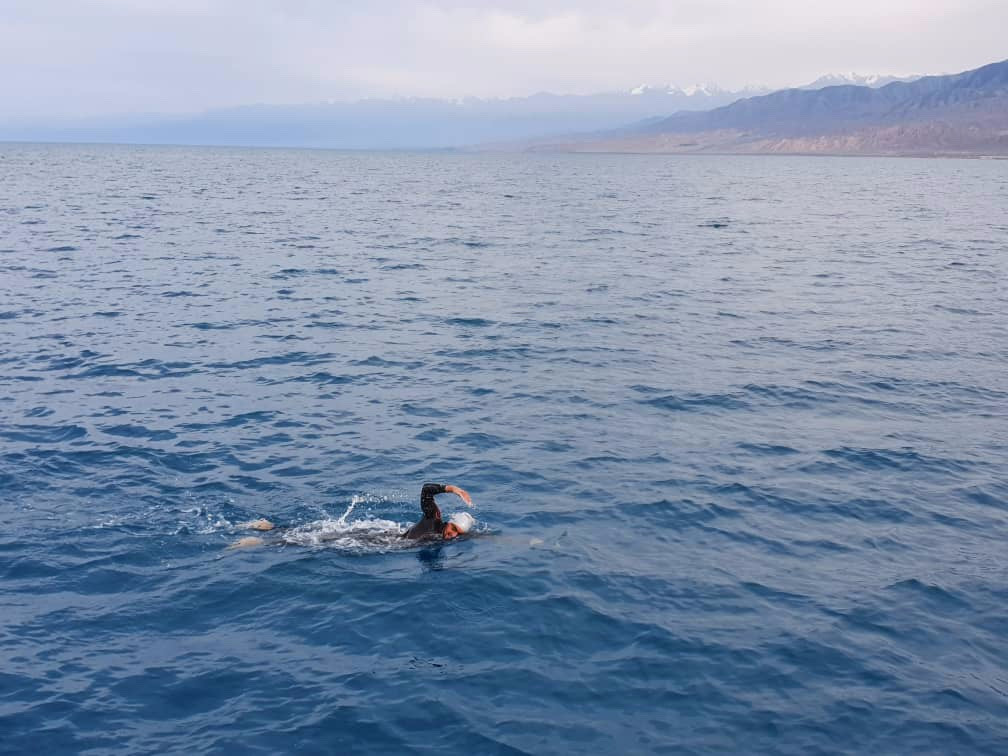 Kazakhstan’s Vitaliy Khudyakov has completed a 56-kilometre swim to coincide with the year countdown to his competition at the rescheduled Tokyo 2020 Olympic Games.

The previous record distance on the lake was 36km.

"You can count on the fingers of one hand those who swim across more than 50km in the world," the swimmer’s father and coach Evgeniy Khudyakov said.

"And given the fact that Issyk-Kul is a mountain lake at 1,609 meters above sea level - such a swim across has never happened before in the world."

The event was arranged to coincide with the men’s 10km race at the postponed Tokyo 2020 Olympic Games, which is set to take place on August 5 next year.

56 kilometers in 13 hours: Kazakhstan Olympic swimmer Vitaliy Khudyakov set a record on an alpine lake to mark #1YearToGo to open-water marathon in #Tokyo2020, as well as in support of all health workers who are on the frontline against COVID-19 ??? pic.twitter.com/yCQ50CLKVy

"I'm very happy that my efforts were paid off and I achieved this," Khudyakov said.

"With this achievement, I would like to support all those who remain on the frontlines of the fight against coronavirus.

"On behalf of myself and the entire team, we would like to thank all people who are working to save lives and keep communities safe during this pandemic.

"We sincerely hope that in a year from now at the Olympic Games we will again be able to surprise our fans."

Khudyakov reportedly trained for the distance event by completing 43km marathons, 30km distance swims and long hikes in the mountains.

His total swimming distance in June was more than 200km, rising to 300km in July.

Khudyakov has already qualified for the Tokyo 2020 Olympic Games.

He competed at Rio 2016 but was disqualified during the 10km event.

Khudyakov is a four-time Asian Championship gold medallist and triumphed at the 2014 and 2016 Asian Beach Games.