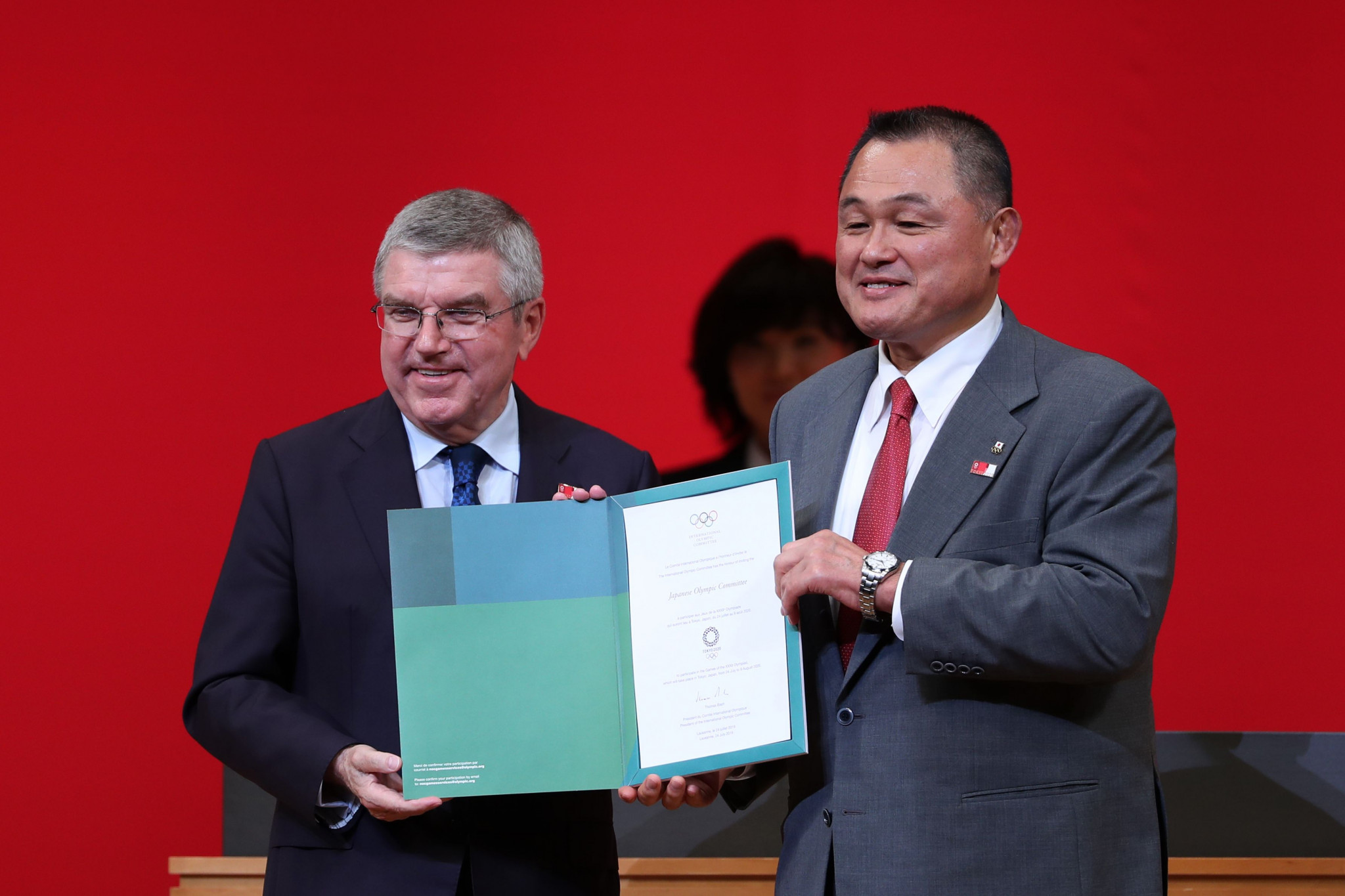 Yasuhiro, who is an IOC member, outlined what the JOC is and will continue to do to address the problem, according to both the JOC and IOC.

A report, entitled "I Was Hit So Many Times I Can't Count: Abuse of Child Athletes in Japan", was released in the week the Tokyo 2020 Olympic Games had been due to begin last month and documented how Japanese child athletes are routinely subjected to physical, sexual and verbal abuse from their coaches.

Some even took their own lives as a consequence, the report outlined.

Among the countermeasures in place to tackle the issue, the Governance Code for Sports Organizations was established in 2019 and comes into force later this year.

It stipulates that athletes and coaches should have compliance education, including on harassment and abuse.

The JOC, Japan Sport Association and Japanese ParaSports Association are to monitor whether national governing bodies are compliant with the code.

Bach also pledged that IOC experts in the field of athlete safeguarding would be at the JOC's disposal.

The IOC reported that it was "agreed that the experts on both sides would start working together through the IOC Safe Sport initiatives in support of NOCs, as the IOC looks to tackle this important issue around the world".

The JOC says it has already given integrity and compliance training sessions to roughly 300 elite coaches and staff members.

Upon publication of the report - in which Japanese athletes reported abuses including being punched in the face, being kicked, being beaten with objects like bats or bamboo kendo sticks, being deprived of water, being choked, being whipped with whistles or racquets and being sexually abused and harassed - Human Rights Watch called for Japan to take "decisive action" in response.

Cases of abuse in Japanese sport had previously been uncovered, including in judo in the build-up to the London 2012 Olympics, where former women's team head coach Ryuji Sonoda had to resign after 15 female athletes alleged he had committed violence and harassment against them.