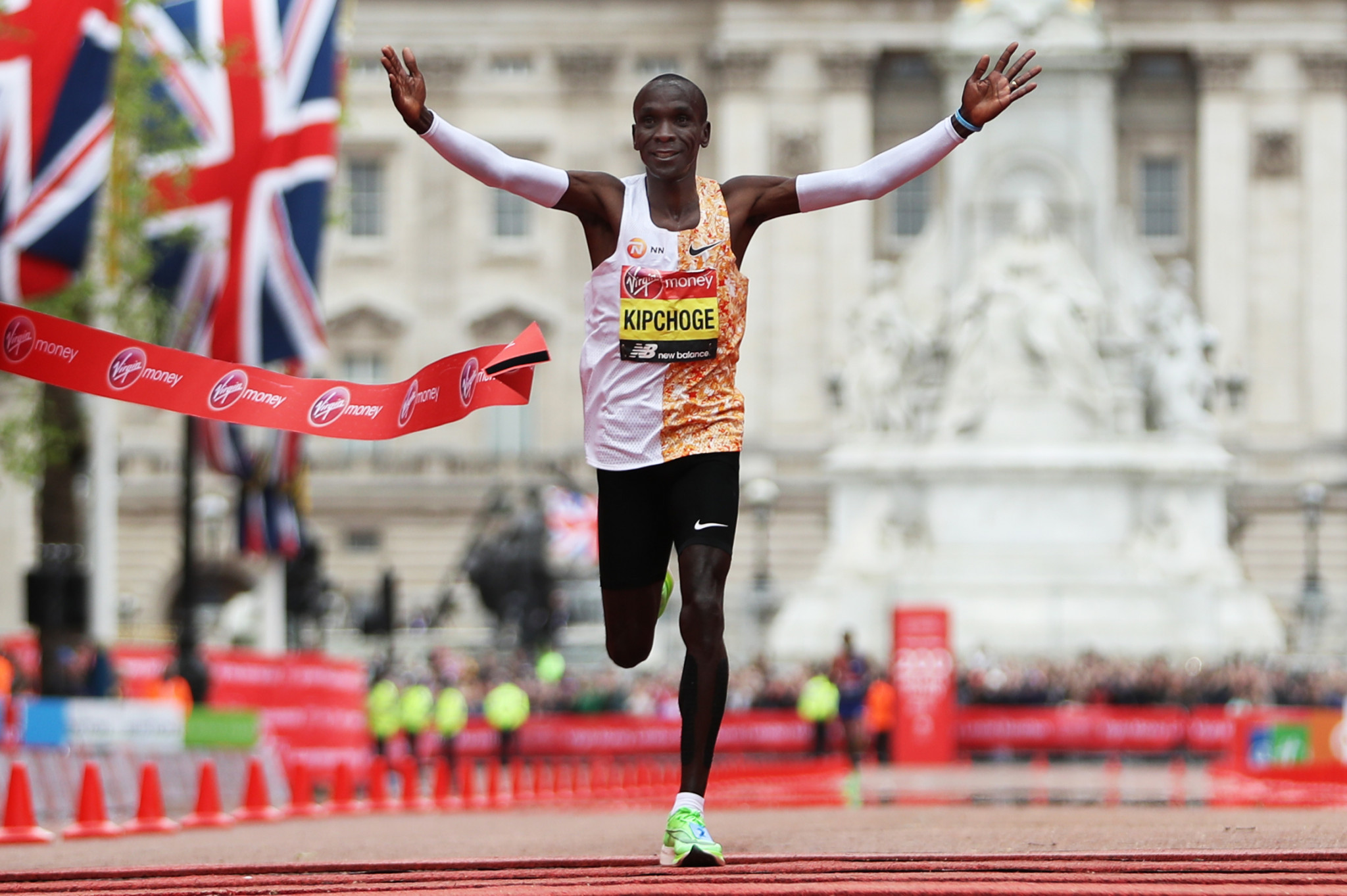 Elite races on a St James’s Park loop course in bio-secure environment will form this year's London Marathon, but there is to be no in-person mass race.

Having been postponed until October 4 previously, organisers have today confirmed that elite races will go ahead on that date on a modified course, while anyone who had a place in this year's mass-participation race will be allowed to complete the distance at home or on a course of their choosing.

They will have 24 hours to complete the distance, with a new app being developed to track their progress.

Alternatively, entry can be deferred until 2021.

The event was delayed and now altered because of the coronavirus pandemic.

Kenya's Eliud Kipchoge, holder of the world record over the distance, and Kenenisa Bekele of Ethiopia will headline the elite men's race.

Kipchoge is a four-time winner of the London Marathon, including the 2018 and 2019 editions.

Briton David Weir - an eight-time champion - and Switzerland's Manuela Schär have been confirmed as participants in the wheelchair races.

This year's London Marathon will be the 40th edition of the race.

"We know how disappointing it is that the COVID-19 pandemic means that it’s not possible this year to run the famous course on the streets of London," event director Hugh Brasher said.

"But we’re offering everyone who has a place this year, or who had already deferred to April 2021, the chance to participate in The 40th Race and every eligible runner also has the chance to run on the streets of London in 2021, 2022 or 2023.

"If existing runners do not want to take part in The 40th Race, we will be offering their places to other runners who would like to raise vital funds for charity."

Brasher outlined that organisers were hoping to stage a socially-distanced, mass-participation race on October 4, but that it was ultimately decided that would not be possible.

"The biggest challenges were not those involving participants but the multiple issues of managing spectators, ensuring the emergency services had access across London with the recent changes to the roadscape, the increased likelihood of a second spike that has led to the recent cancellation of spectator trials at major events and the ongoing concern about the pressure even a reduced size mass participation marathon might put on the NHS [National Health Service]," Brasher said.

A fundraising event - the 2.6 Challenge - was held in place of the London Marathon on April 26, its original date.

Four of this year's World Marathon Majors - Boston, Berlin, New York and Chicago - have been cancelled because of the pandemic.

October 3 2021 has also been confirmed as the date for next year's London Marathon, as opposed to its traditional slot in April, in the hope that it increases the chances of a mass-participation race being possible.