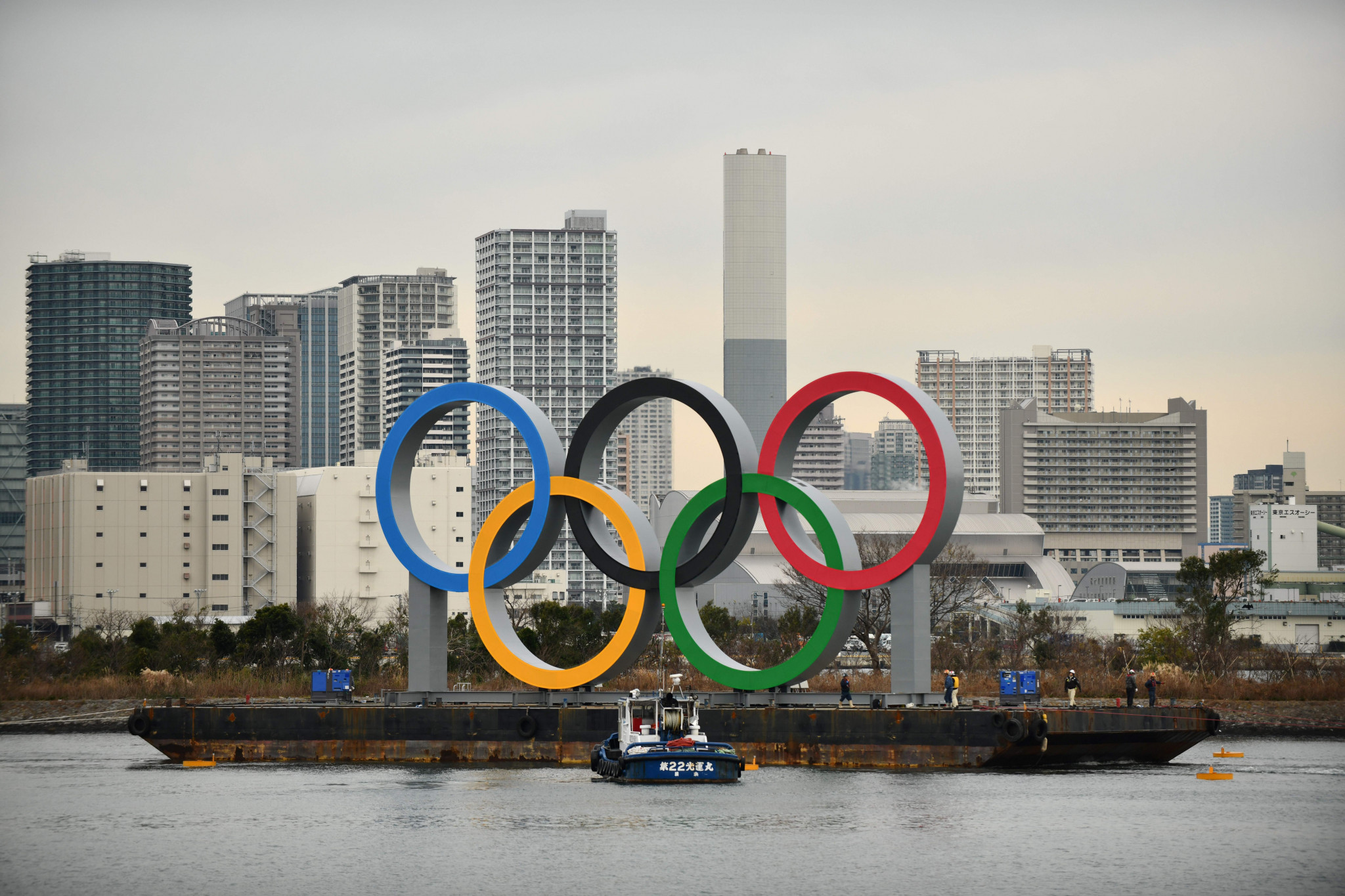 The Olympic Rings monument in Tokyo has been temporarily removed to undergo a safety inspection and maintenance following the postponement of the Games to 2021.

It is expected that the barge on which the Rings sit will be reinstalled in the same location in the Daiba area of the Japanese capital after around five months of work.

Floating in Tokyo Bay, the monument measures 33 metres in width and 15 metres in height, and weighs around 69 tonnes.

It was removed this morning at 10am local time and towed to a factory in Yokohama where it was made, according to Kyodo News.

The Rings first appeared in the area in January, to celebrate the upcoming Tokyo 2020.

Both the Olympics and Paralympics have now been delayed to next year because of the COVID-19 pandemic.

The Rings were later officially inaugurated on the evening of January 24, exactly six months before the initial date for the Opening Ceremony of the Tokyo 2020 Olympics.

This event included the first lighting of the monument and celebratory fireworks.

The Tokyo 2020 Olympics are now due to take place from July 23 to August 8 in 2021, with the Paralympics scheduled to follow from August 24 to September 5.

The site of the monument is the location of marathon swimming and triathlon events at Tokyo 2020.