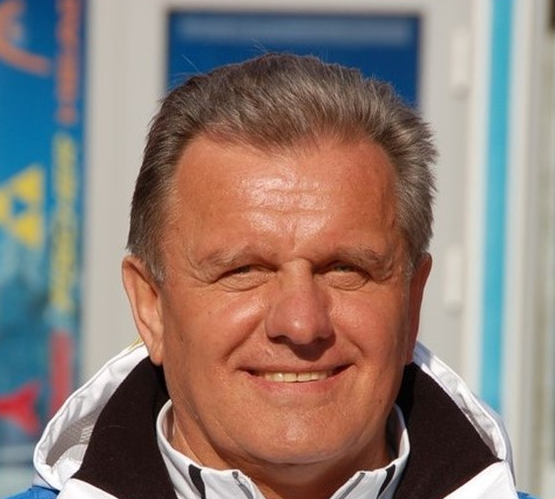 The Ski Federation of Ukraine (SFU) has confirmed the death of its vice-president and founding member Volodymyr Malezhyk, at the age of 70.

Malezhyk was among the founding members of the Ukraine National Olympic Committee in 1990, following the country's independence from the Soviet Union.

He helped found the SFU in 1992 and held the position of first vice-president for 26 years.

Malezhyk held a vice-presidency role from 2018.

"With his direct participation and support, a number of international official sports competitions in various sports took place in Ukraine – stages of the European Cup in cross-country skiing, freestyle and snowboarding, the Cup of Nations in skiing, the World Cup final in freestyle and more.

"Until his last breath, Vladimir Malezhyk continued to be active in the development of skiing.

"An active, energetic, life-loving and friendly professional, colleague, family man and friend, Volodymyr Malezhyk remains in our hearts and memories.

"The Ski Federation of Ukraine expresses its deepest condolences to the family and relatives of Volodymyr Malezhyk."

Posted by Ski Federation of Ukraine on Wednesday, 29 July 2020

The SFU said Malezhyk began his career in cross-country skiing, and he represented Ukraine's national youth team for six years, becoming a multiple winner of junior and boys' national titles.

He served as a coach in ski jumping and cross-country skiing from 1985, before taking the position of Ukraine's chief specialist of winter sports from 1999 to 2016 as part of the country's Sports Ministry.

"With great sadness, FIS learned of the passing of one of the Ski Federation of Ukraine's founders and long-standing first vice-president, Volodymyr Malezhyk," an FIS statement read.

"As a long-standing member of the FIS Cross-Country Committee for 28 years, Volodymyr Malezhyk had a big part in bringing FIS competitions to Ukraine.

"FIS would like to express its deepest condolence to Volodymyr’s family, friends and loved ones, as well as to the Ski Federation of Ukraine."