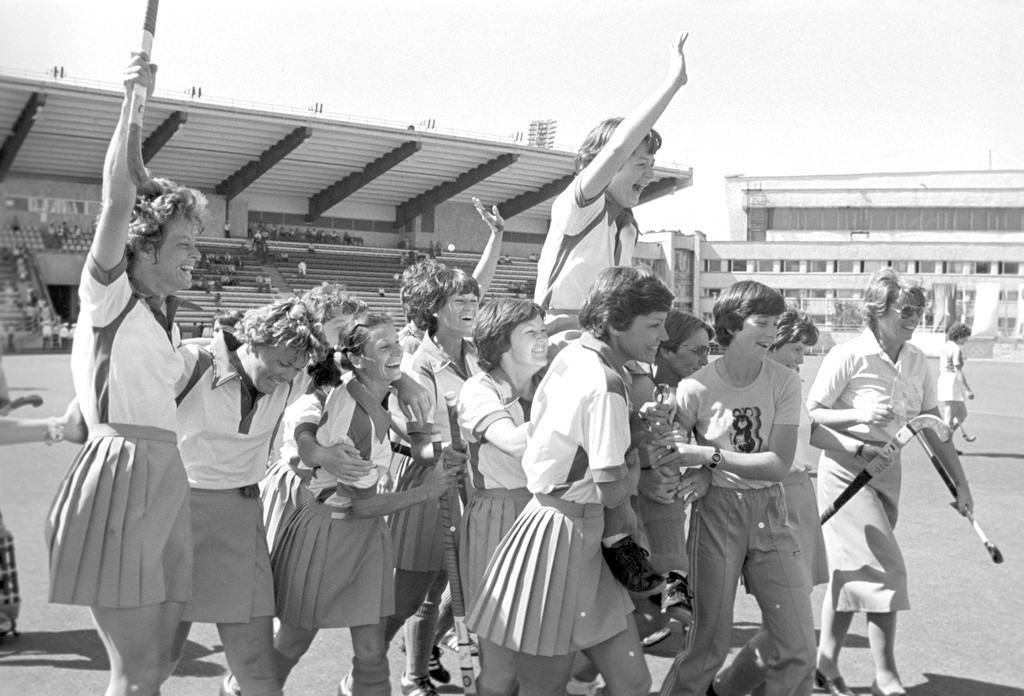 Zimbabwe’s 1980 gold medal-winning hockey captain Ann Grant has revealed how a journal written by team members 40 years ago has helped them celebrate the anniversary of their victory despite coronavirus-related restrictions on physical gatherings preventing a reunion.

Grant told insidethegames: "When we were in Moscow, we had a wonderful coach in Anthea Stewart.

"She created what we called the team diary.

"It was the most wonderful thing we’ve done, because this last month, we’ve been sending a copy of that daily diary to each team member in our WhatsApp group.

"It has just been fantastic.

"We were a very close-knit bunch of girls.

"We keep in contact daily and for birthdays and weddings."

In 1980, Zimbabwe had only been invited to take part in women’s hockey after other nations withdrew as a result of the boycott.

The team flew to Moscow on a Dakota freight aircraft.

"Our luggage was plonked in front of us with a big rope and we sat on benches on either side facing each other," recalled Grant.

"Our aspirations were just to go and show the world what we could do.

"We were an unknown quantity, we were just excited to be going on a trip to the other side of the world, to see new places, but really as a team we just wanted to go and show our best form."

The Zimbabwean players had only ever played on grass.

"It was a huge adjustment.

"Not one of the team had ever played on artificial turf.

"In Zimbabwe, when it rained, you didn’t actually play a game, they cancelled it.

"Now we were playing on a wet surface wearing multi-studded boots, we had never played in those either."

Zimbabwe began with a 4-0 victory over Poland in what was the first women’s Olympic hockey match ever played.

They drew with Czechoslovakia, beat the Soviet Union and then drew with India.

"We were of the idea that each game was a challenge.

"I honestly think that each game as we progressed, our results were surprising maybe the world, and surprising us in a way in that we were managing to hold our own.

"We just went game by game-by-game, slowly stepping up the step ladder."

In the decisive group match they faced Austria.

"We realised we had to win that game," Grant said.

"We obviously saw the red carpet and used to tease each other.

A 4-1 victory gave Zimbabwe victory. They were immediately dubbed the 'Golden Girls'.

Grant and her team-mates have since returned to Zimbabwe annually to present prizes at a Golden Girls schoolgirls tournament held in their honour.

Grant, who still works as an accountant, remained involved in hockey as coach and administrator, and only gave up playing in 2014 aged 59, after a playing career of 50 years.

"It was just like we were back in Moscow or back in Zimbabwe celebrating our win," said Grant.

Another physical meeting to commemorate the 40th anniversary has proved impossible this year because of coronavirus restrictions.

"We had something planned this year, but maybe we can celebrate another year."