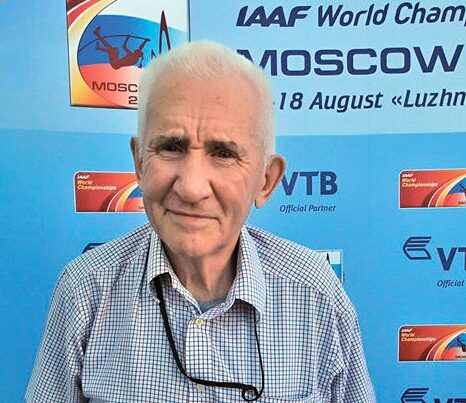 The Russian earned bronze medals at Melbourne 1956 and Rome 1960.

He produced a personal best of 16.02 metres in the final of Melbourne 1956, taking the bronze medal behind Adhemar da Silva of Brazil and Vilhjálmur Einarsson of Iceland.

In so doing, he beat Soviet colleague Leonid Shcherbakov, the two-time European champion and former world record-holder, who had beaten Kreyer at the Soviet Championships earlier that year.

It marked the start of Kreyer’s reign as the leading Soviet triple jumper.

Kreyer also competed at the Tokyo 1964 Olympics but did not reach the final.

After retiring from athletics, he went on to become a coach, helping triple jumpers such as three-time Olympic champion Viktor Saneyev to victory.

World Athletics said it was "saddened to hear" of Kreyer's death, while the Russian Athletics Federation was another organisation to pay tribute.

"We offer our deepest condolences to relatives, friends, acquaintances, all those who knew Vitold Kreyer," the body said.