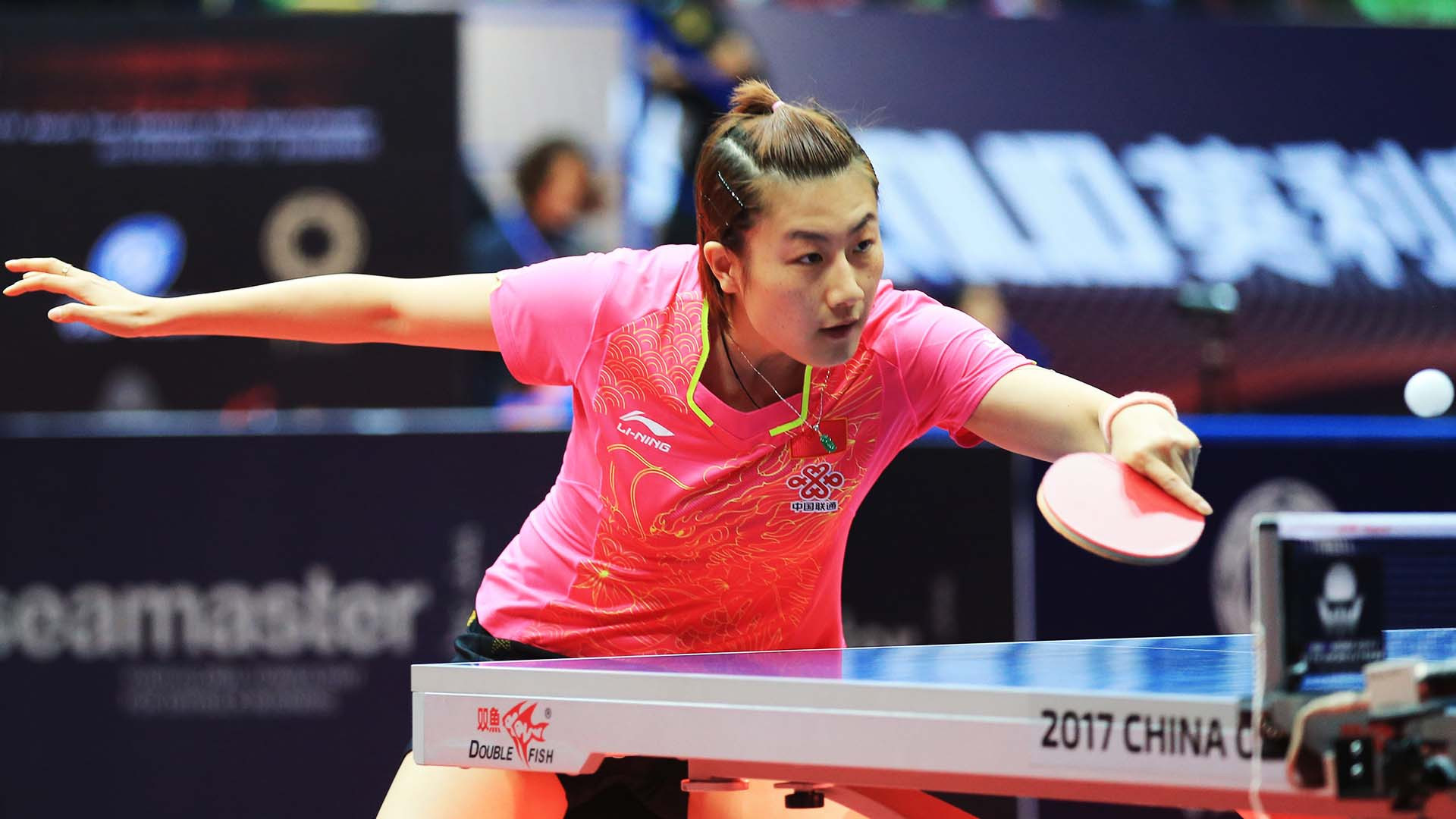 The Chinese Table Tennis Association (CTTA) is set to host a tournament for the nation's top athletes in Lingshui in Hainan province next month, with event designed to replicate the Olympic Games as closely as possible.

Players' training over the past six months will be assessed, with the tournament also acting as preparation for next year's World Table Tennis Championships.

Liu and Ding - who currently sit fourth and sixth in the International Table Tennis Federation rankings - will not be among the 43 women taking part, per Xinhua.

They are the third- and fifth-highest Chinese players in the rankings.

Head coach of the women's national team Li Sun has suggested that Ding will be using the period to work on her fitness.

"The Tokyo Olympics postponement has affected everyone's preparation, we have trained for five months, which had a huge impact on our veterans," Li said, according to Xinhua.

"They have laid out a specific plan about training and adjustment over the coming days."

Liu has recently undergone elbow surgery and is currently rehabilitating.

Li hopes that, despite the absence of two of the world's best players, the competition will be fierce.

"Hopefully everyone can take it as the real Olympic Games, especially for our young athletes, who can fully showcase themselves in the absence of the two veterans," the coach added.

Liu heads towards Tokyo 2020 off the back of a successful 2019 where she became women's singles and mixed doubles world champion, continuing a streak of winning a world medal each year since 2014.

Her singles win in Budapest last year was her first world title in the discipline, having previously won silver in 2013 and 2015 as well as bronze in 2017.

Ding left the Rio 2016 Olympics as a singles and team champion, adding to her team gold and singles silver from London 2012.

She is a three-time singles world champion, including beating Liu in the 2015 final.

Both were in the Chinese team that won Olympic gold four years ago.