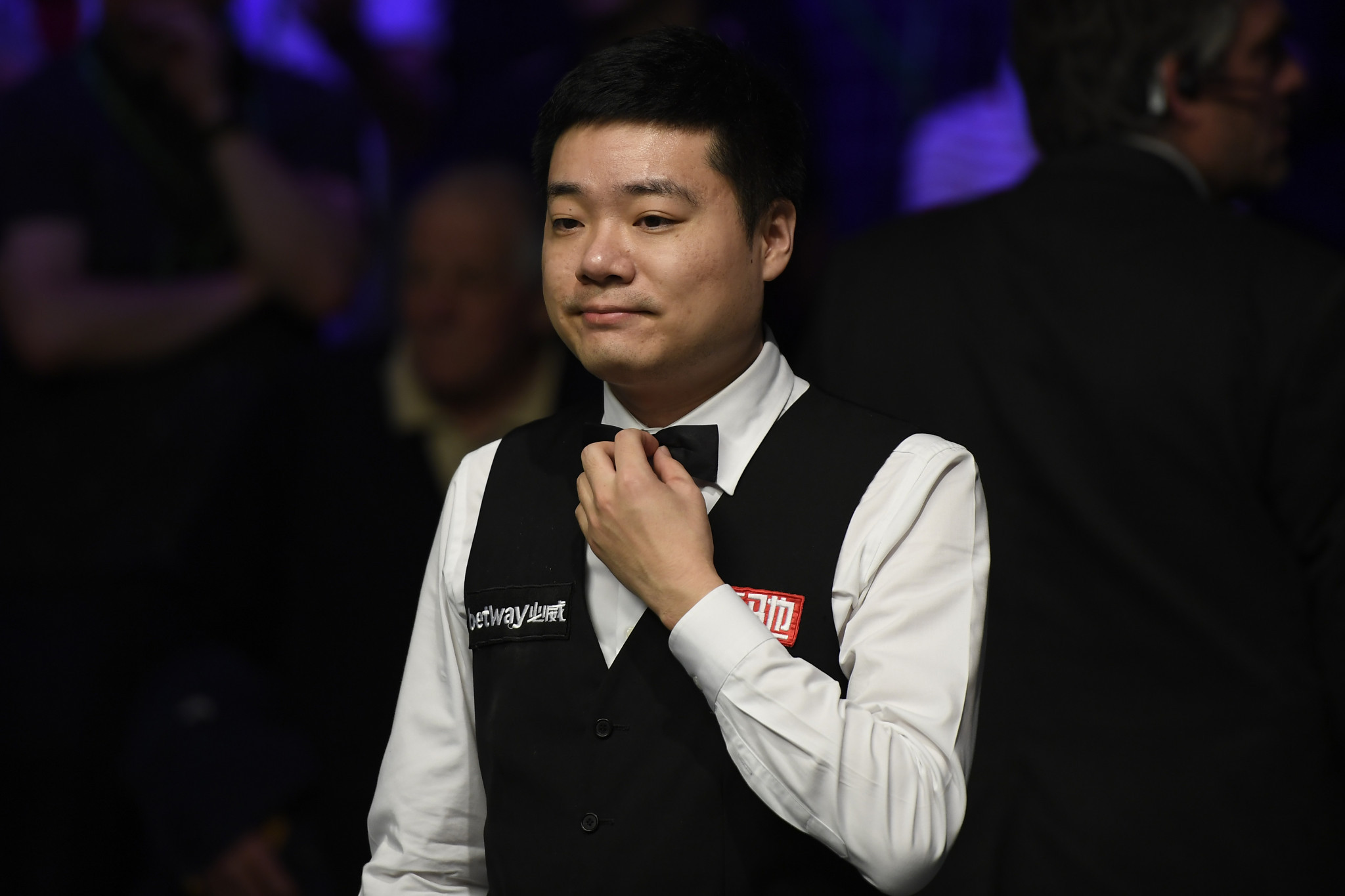 China's Ding Junhui reached the second round of the World Snooker Championship today after being taken to a deciding frame by England's Mark King.

Ding, runner-up in the event in 2016, is aiming to become the first Asian winner of the sport's blue riband event, held at the Crucible Theatre in Sheffield in England.

The 33-year-old, who is ranked the world number 11, had a tricky build-up to the tournament as due to the coronavirus pandemic he was forced to quarantine for two weeks after arriving in the United Kingdom.

Heading into today's concluding session, Ding held a one-frame lead at 5-4, but was not able to pull clear of his opponent.

Ding did eventually establish a 9-7 advantage, putting him one frame away from victory, however King fought back to level at 9-9 after winning the penultimate frame on the black.

In the deciding frame, a safety battle ensued on the final red which Ding potted before completing a clearance to take the match by 10 frames to nine.

Two more former world champions Stuart Bingham and Mark Williams also advanced to the second round today, with today's play behind closed doors following the United Kingdom Government's decision to postpone the trialling of spectators at selected sports events in the country, which included the World Snooker Championship.

In the first session of the day, Englishman Bingham started with a 5-4 lead over compatriot Ashley Carty.

Bingham won the first four frames of the session to open up a 9-4 advantage, before Carty started a comeback and reduced the deficit to 9-7.

In the final session of the day, Welshman Williams was also victorious as he overcame Scotland's Alan McManus 10-5.

Resuming 5-4 down at the start of the session, the three-time world champion won all the evening's frames to complete a comfortable victory.

Both of those matches conclude on day three, while three more games get underway.