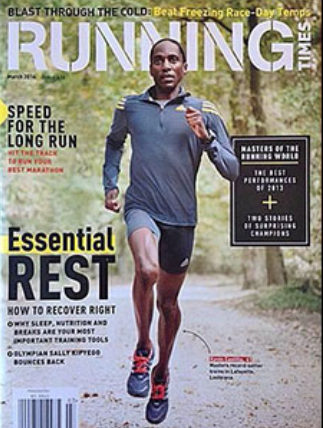 Kevin Castille, a former crack cocaine dealer who went on to hit the headlines as a masters world record holder, has received a four-year doping ban.

Castille, a high school runner who was jailed in 2001 aged 29 for selling crack cocaine, became one of the most inspiring stories in running as he competed in the US Olympic trials and set numerous age-best world records.

He is on the list of doping violations issued for July by the Athletics Integrity Unit after testing positive for the banned anabolic steroid nandrolone at the USATF Masters 10K Championships in Dedham, Massachusetts on April 28 last year, which he won by 90 seconds in 30min 47sec.

According to the United States Anti-Doping Agency (USADA) Castille initially contested the findings but dropped his appeal three days before his arbitration hearing, electing to sign an acceptance of sanction form.

After completing his prison sentence, Castille ran a personal best of 28:49 for the 10,000 metres to qualify for the Olympic trials.

In February 2016 he was celebrated in a feature written in the New Yorker magazine:

"This week, the forty-three-year-old high-school track coach, personal trainer, and father will run in the US Olympic marathon trials held in Los Angeles.

"Over the past decade and a half, Castille has resurrected himself as a man and a runner and made his mark in the masters category at an impressive range of distances."

We have updated both the Latest & Complete list of sanctions for Doping and Non-Doping Violations in athletics, including all those serving a sanction as a result of national-level decisions.

Castille’s success caused eyebrows to be raised in running circles, but he insisted that he was partly reaping the advantage of never having run in his twenties, leaving his legs less weary.

"I was Lazarus," he told his New Yorker interviewer, "I'd been risen from the dead."

He was one of two United States athletes on the July list along with 20-year-old shot putter Zach Gehm, who incurred a two-year ban after a positive test at the Under-20 Outdoor Championships in Miramar last June.

Kazakhstan’s Beijing 2008 and London 2012 100m hurdler Natalya Ivoninskaya has received a two-year ban after a re-test of a sample given at the latter Games, where she finished 30th, showed up positive for stanozolol.

There are also two Russian athletes on the latest list – 42-year-old Vadim Ulizhov, who tested positive for erythropoietin in a half marathon, and 25-year-old sprinter Anna Gladkikh, who earned a four-year ban for a positive out-of-competition test for a banned steroid.

Graeme Thompson, a non-competing member of Canada’s 4x400m relay squad at last year’s World Championships in Doha, has been given a two-year ban after testing positive for clenbuterol at his national trials last year.

Wondwosen Ketama of Ethiopia, a 2hr 16min 45sec marathon runner, has been banned for four years after testing positive for cathinone at an international marathon in Shenzhen in China last December.

Twenty-two year old Cypriot shot putter and discus thrower Gabriella Fella, tenth in the 2016 World Junior Championships, has been given a three-year ban after an in-competition positive test for a banned anabolic steroid.

The list also confirms the two-year suspension imposed on British cross-country and half marathon representative Luke Traynor, who admitted taking cocaine on a night out in Glasgow last year.