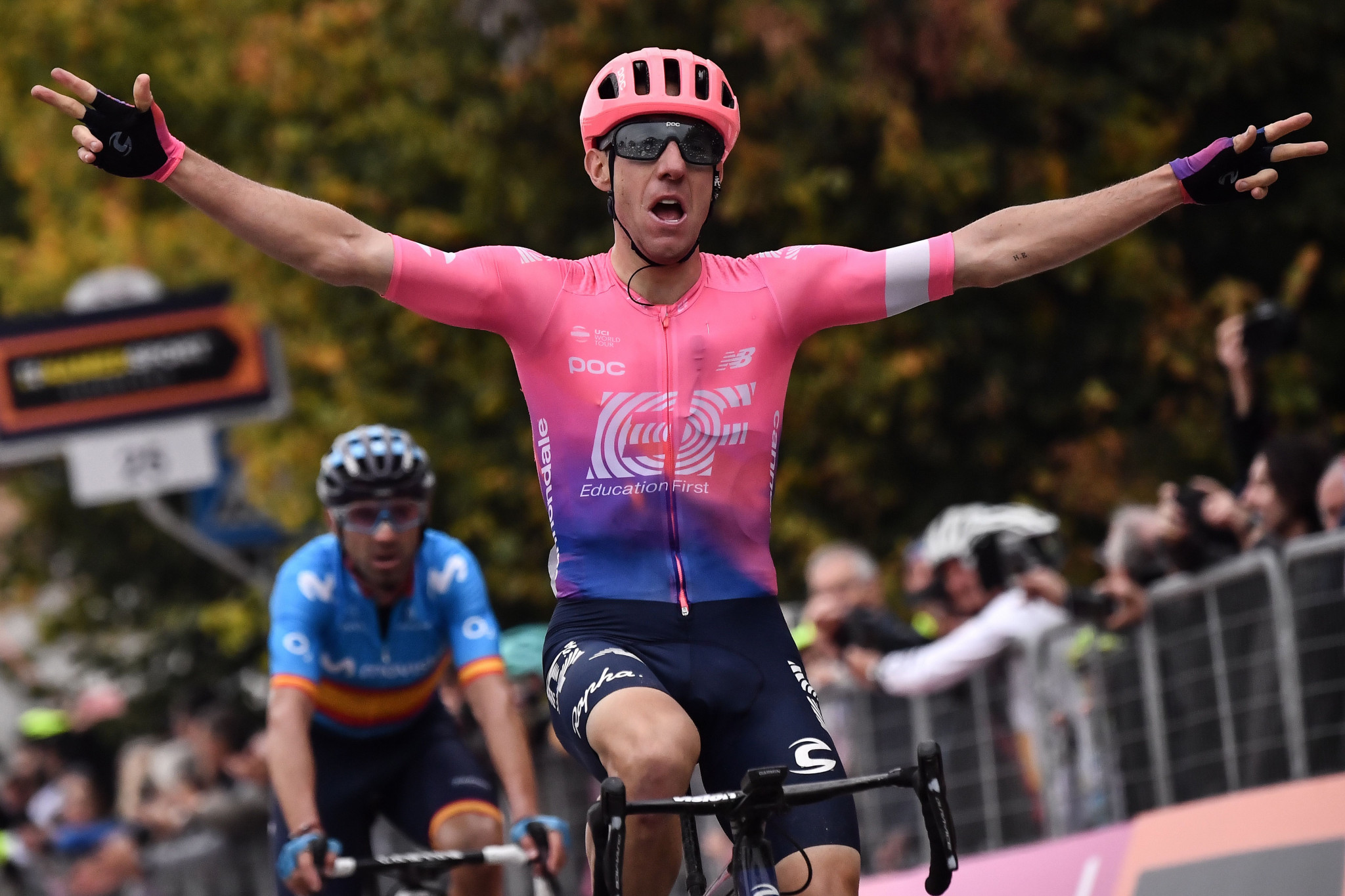 The Canadian Olympic Committee (COC) has announced 17 cyclists will represent the nation at the rescheduled Olympic Games in Tokyo next year, including road stars Michael Woods and Leah Kirchmann.

The COC and Cycling Canada confirmed the squad will be the country’s largest cycling team at the Olympics, after naming their road and track representatives.

Woods had been set to miss Tokyo 2020 after breaking his femur in March, but the postponement of the Games due to the coronavirus pandemic has enabled the 33-year-old to recover and be named in the team.

Woods began professional cycling later in life and has proven to be one of the best climbers on the International Cycling Union (UCI) WorldTour circuit, winning a stage at the 2018 Vuelta a España and finishing third at the UCI Road World Championships in Innsbruck the same year.

He will be joined in the men’s road race by Hugo Houle, who will also compete in the individual time trial event, as well as a third unconfirmed rider.

"Ever since the 2020 Olympic course was revealed, I’ve had a big X on my calendar, and although that X has had to move, my goal for the Olympics remains the same," said Woods.

"Competing at the 2016 Games in Rio was a dream come true, but I was unable to perform at my best due to an injury.

"Since then, I have proven that I am capable of competing and winning against the best riders in the world, and I hope to do the same in Tokyo on a course that really suits my abilities."

Kirchmann is due to compete in the women’s road race and individual time trial events, with the Team Sunweb rider having enjoyed podium finishes at high profile events, including La Course.

Boels-Dolmans rider Karol-Ann Canuel will join Kirchmann in both events, with the Canadian’s expertise coming in the individual time trial discipline.

Canada will hope for further success on the track with their women’s team pursuit squad aiming to secure a third successive Olympic medal.

Canada won bronze when the discipline made its debut at London 2012, before repeating the feat at Rio 2016 in a new four-rider format.

Jasmin Duehring was a member of both bronze medal winning teams and will return to lead Canada’s squad at Tokyo 2020.

She will be joined by fellow Rio 2016 team-mates Allison Beveridge and Georgia Simmerling, with Olympic debutants Annie Foreman-Mackey and Ariane Bonhomme completing the squad.

All five riders will be part of the team pursuit squad, while Beveridge will also contest the four-event omnium.

"I am honoured to have been selected to represent Team Canada at the Tokyo 2020 Olympic Games," said Duehring.

"For any athlete, the opportunity to represent their country on an Olympic start line is a dream come true, and even after two previous Olympics I do not take that for granted.

"With experience comes greater responsibility and I know that my teammates and I will face our biggest challenge to date next summer.

"Not only is our competition stronger than ever before, but the build-up and preparation will obviously not look as expected.

"With that in mind I hope to bring increased focus and tenacity to the team as we attempt to continue and build on the momentum of this past season all the way to the start of the Games."

Canada will be represented in the men’s team pursuit at the Olympic Games for the first time in over 30 years after their team finished the season ranked in the top-10 in the world.

De Haître represented Canada in speed skating at both Sochi 2014 and Pyeongchang 2018 before switching to compete in track cycling.

He is aiming to compete at both the Tokyo 2020 and Beijing 2022, despite the Games now only being six months apart.

Gee and Foley are set to contest the madison at Tokyo 2020, with the discipline returning to the Olympics for the first time since Beijing 2008.

Kelsey Mitchell and Lauriane Genest have been selected to represent Canada in the women’s sprint and keirin events, with ugo Barrette and Nick Wammes selected for the same events on the men’s side.

The COC and Cycling Canada have also named four non-travelling alternates for the Games, including Adam Jamieson on the men’s endurance track squad and Sarah Orban for the women’s sprint events.

Alison Jackson and Sara Poidevin will be non-travelling alternates for the women’s road team.

The COC said the final men’s road starter and non-travelling alternates are due to be selected in May 2021, while female and male starters for cross-country mountain bike and BMX racing will be selected by June 2021.