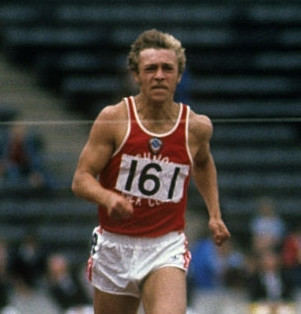 Aleksandr Aksinin, a member of the Soviet Union team that won the Olympic gold medal in the 4x100 metres relay at Moscow 1980, has died at the age of 65, it has been reported.

Nikolay Sidorov, a team-mate of Aksinin at those Games, revealed to Russia's official state news agency TASS that he had died on Tuesday (July 28).

"Today Aleksandr's coach called me and said that Sasha had died," Sidorov, who ran the second leg of the relay in Moscow and passed the baton to Aksinin, told TASS.

"They say he felt bad at the dacha.

"He was taken by an ambulance and he died.

"The causes of death are still unknown to me."

The Soviet quartet beat Poland and France to win the gold medals in Moscow.

Aksinin had also been a member of the Soviet squad that won the bronze medals in the 4x100m relay at Montreal 1976.

The Leningrad-born sprinter finished fourth in the 100m at Moscow 1980, narrowly missing a medal in a race won by Britain's Allan Wells.

Aksinin also won three medals in the 60m at the European Indoor Championships - a silver in 1975 in Katowice and bronze in 1978 and 1982, when both events took place in Milan.

He retired from athletics shortly after winning another 4x100m gold medal, this time at the European Championships in Athens.