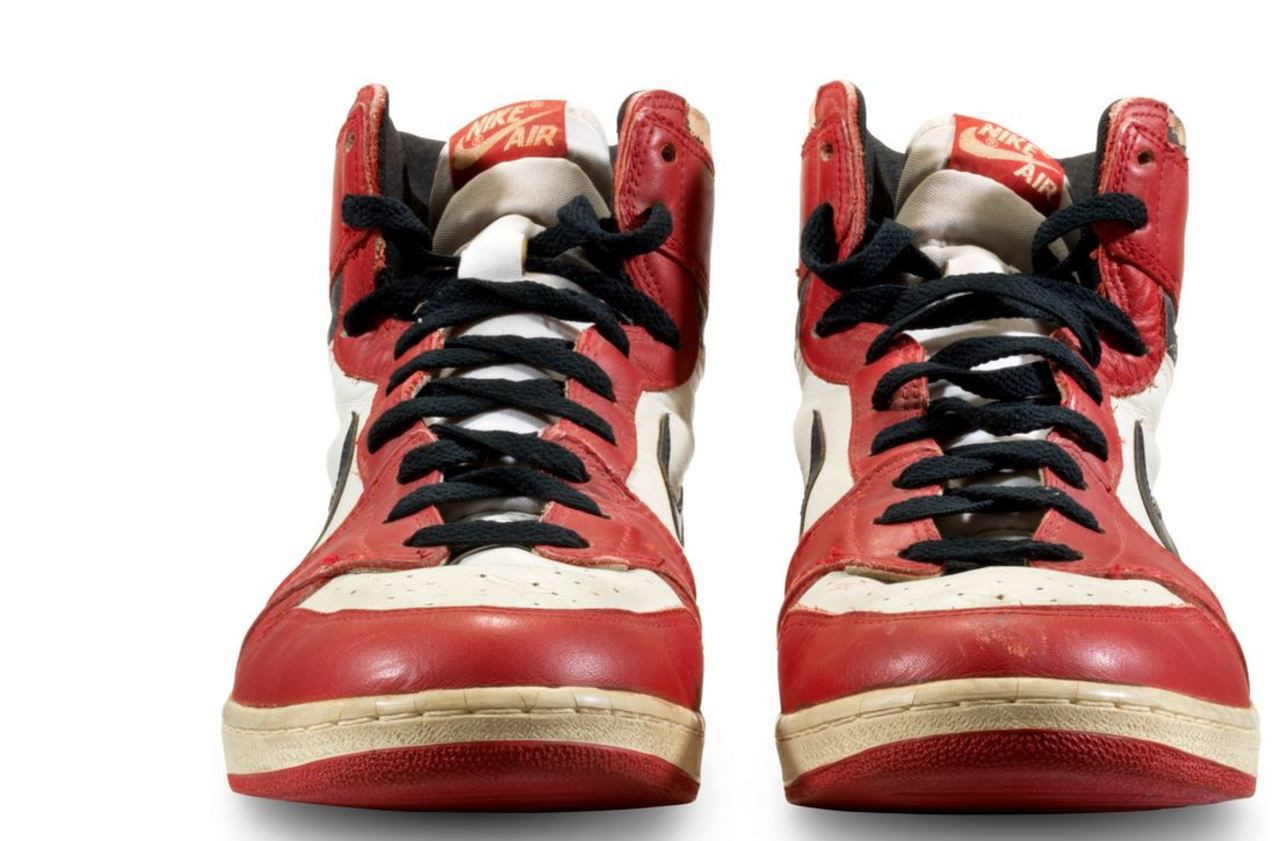 The boom in Michael Jordan memorabilia is set to continue following the success of “The Last Dance” documentary broadcast on Netflix earlier this year.

A pair of the double Olympic gold medallist’s Nike trainers are expected to fetch more than $500,000 (£385,000/€425,000) in an auction organised by Christie’s and Stadium Goods, which claims to be the world's leading sneaker and streetwear marketplace, when they officially go on sale tomorrow,

Christies has described the online auction, which is due to conclude on August 13, as "the most comprehensive sneaker record of Michael Jordan’s era-defining Chicago Bulls career".

The trainers are the most valuable lot in the "Original Air" auction of 11 items.

The Air Ship sneaker was worn by Jordan in 1984 before the launch of his signature Air Jordan 1 model.

The second most valuable item in the auction is a game-worn pair of the "Olympic" Air Jordan 7.

The trainers feature a Team USA Olympic colourway, and the number 9 on its heel - Jordan’s number while playing for the "Dream Team" instead of his usual 23.

The other highly coveted game-worn item in the collection is a pair of Air Jordan 11 sneakers in the "Concord" colourway.

Jordan wore this design for the entire 1995-1996 NBA season after his comeback from baseball, before switching to a black-and-red-colourway for the playoffs, where he led the Bulls to the fourth of the six NBA titles he won with them during his career.

A portion of the proceeds from this lot will go to the NAACP Legal Defense Fund, the US legal organisation fighting for racial justice.

"As we’ve seen with ‘The Last Dance’ and now with our ‘Original Air’ auction with Christie’s, there are still lesser known narratives in the legacy that create great interest," said John McPheters, co-founder and co-chief executive of Stadium Goods.

"The pieces we’ve put together for this auction are truly unique, and will have deep resonance for Jordan fans, sneaker connoisseurs and pop culture collectors alike."

Another Jordan pair of trainers went up for sale yesterday in an event organised by Goldin Auctions.

The pair of 1984-1985 Air 1 Jordan game-used trainers include a total of four autographs from Jordan.

The shoes date to January-February 1985.

The left shoe has an additional notation, as Jordan wrote "1st pair" on it.

The sneakers came from the personal collection of former Bulls forward Gene Banks, who gave them to Los Angeles broadcaster Rick Lozano.

Goldin have included a video on its site that showed Jordan autographing the sneakers with a blue marker for the then-KABC sportscaster as they chatted before the fifth game of the 1991 NBA Finals at The Forum in Inglewood in California.

Jordan went on to score 30 points during the game, clinching the MVP honours for the series as the Bulls defeated the Los Angeles Lakers 108-101 to win the series in five.

After opening the Finals with a loss, the Bulls won the next four games to notch the first of their six NBA titles in eight seasons during the 1990s.

The auction is due to end on August 22.

"The Michael Jordan memorabilia market has exploded recently with the Air Jordan 1 at the forefront of the recent upsurge," Ken Goldin, the founder and chief executive of Goldin Auctions, said.

"We believe based on the provenance of the sneakers, coming from a Bulls team mate, with a video of them being shown to Michael himself, him inspecting them on camera and then signing and inscribing them ‘1st pair,’ it makes them the number one pair of Jordan sneakers to ever enter the market."

Another Jordan item expected to attract a lot of attention is at a sale organised by Julien’s Auctions on December 4, the historic rookie NBA Chicago Bulls game jersey presented to him in June 1984 shortly before winning the first of his two Olympic gold medals at Los Angeles after being signed as the third draft from North Carolina.

Jordan held up this very jersey - his first official NBA Chicago Bulls game jersey - at his first press conference as a member of the team.

This size "44" Rawlings brand jersey is a white mesh pullover featuring "BULLS" in red with his number "23" and on the reverse side emblazoned with "JORDAN" and the number “23”.

"There are only a few individual athletes who the world knows by just one name,” Martin Nolan, executive director of Julien’s Auctions, said.

"Nearly 40 years ago, history was made when Michael Jordan was presented this jersey in his signing with the Chicago Bulls and the world witnessed the beginning of a sports legend’s extraordinary career whose influence and impact continues to transcend beyond basketball and permeates pop culture today."