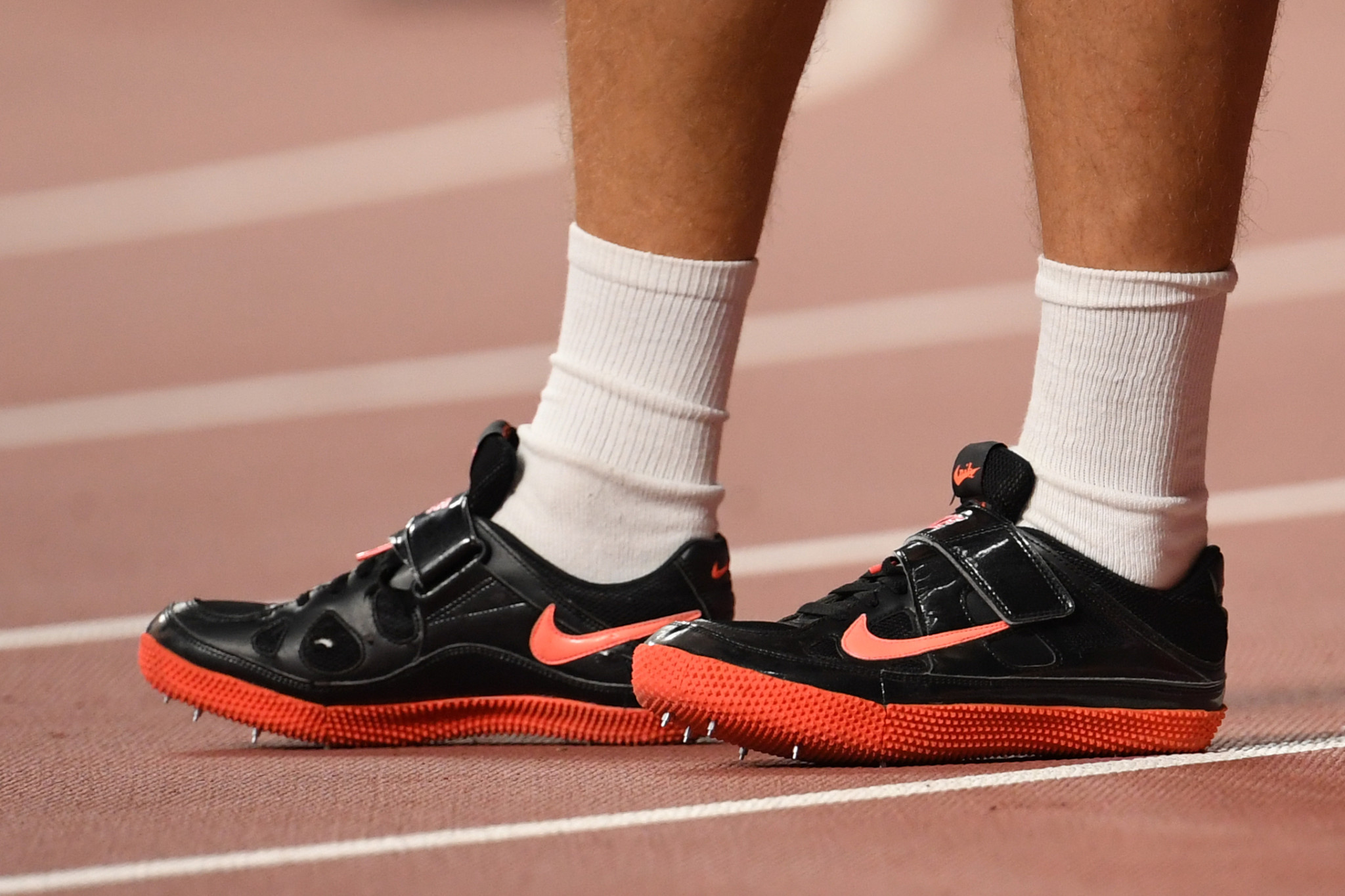 World Athletics has reduced the maximum allowable height of soles in spiked track shoes as part of an interim revision of its rules on shoe technology.

The latest regulations, which update wide-ranging measures introduced from January 31 this year, will see the 30-millimetre maximum for sole height on track spikes - measured from the heel - reduced to 25mm for 800 metres and above, and 20mm for events below 800m.

The 40mm maximum depth for road shoe soles, introduced amidst vigorous debate over the ethical justice of Nike’s groundbreaking VaporFly Next% shoes, remains in place.

These amendments are based on "significant ongoing discussions" with the Working Group on Athletic Shoes, established this year, and with the shoe manufacturers.

Before January 31, the only stipulations on sole height were for high jump - 19mm - and long jump - 13mm.

But sole height limits have now been set out for all types of shoes, with field events other than triple jump having a maximum of 20mm and triple jump and cross country having an allowance of 25mm.

The new measures also include the establishment of an "Athletic Shoe Availability Scheme" for unsponsored elite athletes.

"This is in keeping with the principle of shoes being reasonably available to athletes", a World Athletics release said.

"As a priority item, in its forthcoming meeting we will work with the working group and World Federation of Sports Goods Industry to design an ‘Athletic Shoe Availability Scheme’ to deliver this.

"The scheme will cover process, criteria, numbers of pairs of shoes required, method of distribution and when the shoe needs to be available from (our position, which has been generally accepted by manufacturers, is for one month prior to international competition)."

World Athletics chief executive Jon Ridgeon said the rule changes announced in late January were designed to give athletes clarity before the Tokyo 2020 Olympic Games, which were originally due to take place in July and August this year.

However, the postponement of the Games for a full year, due to the coronavirus pandemic, has given the governing body more time to consult with stakeholders and experts and develop amended rules that will guide the sport through until late 2021.

"We have a better understanding now of what technology is already in the market and where we need to draw the line to maintain the status quo until after the Tokyo Olympic Games," Ridgeon said.

"In developing these rules we have been mindful of the principles of fair play and universality, maintaining the health and safety of athletes, reflecting the existing shoe market in these challenging economic times, and achieving a broad consensus with the shoe manufacturers who are major investors in our sport.

"These transitional rules give us more time to develop a set of working rules for the long term, which will be introduced after the Olympic Games next year, with the aim of achieving the right balance between innovation, competitive advantage and universality."

Meanwhile, World Athletics has said it will lift the suspension of the Olympic qualification system for the marathon and race walk events as from September 1 this year, due to concerns over the lack of qualifying opportunities that may be available for road athletes before the qualification period finishes on May 31 2021.

The original suspension period, from April 6 to November 30 2020, was introduced due to the disruption caused to both competition and training by the pandemic, and remains in place for all other track and field events.

Road athletes will be able to register Olympic qualifying entry standards from September 1 to November 30, but only in pre-identified, advertised and authorised races being staged on World Athletics-certified courses, with in-competition drug testing on site.

"Most of the major marathons have already been cancelled or postponed for the remainder of this year and the evolution of the pandemic makes it difficult to predict if those scheduled for the first half of next year will be able to go ahead," World Athletics President Sebastian Coe said.

"That situation, combined with the fact that endurance athletes in the marathon and race walks can only produce a very limited number of high-quality performances a year, would really narrow their qualifying window without this adjustment."