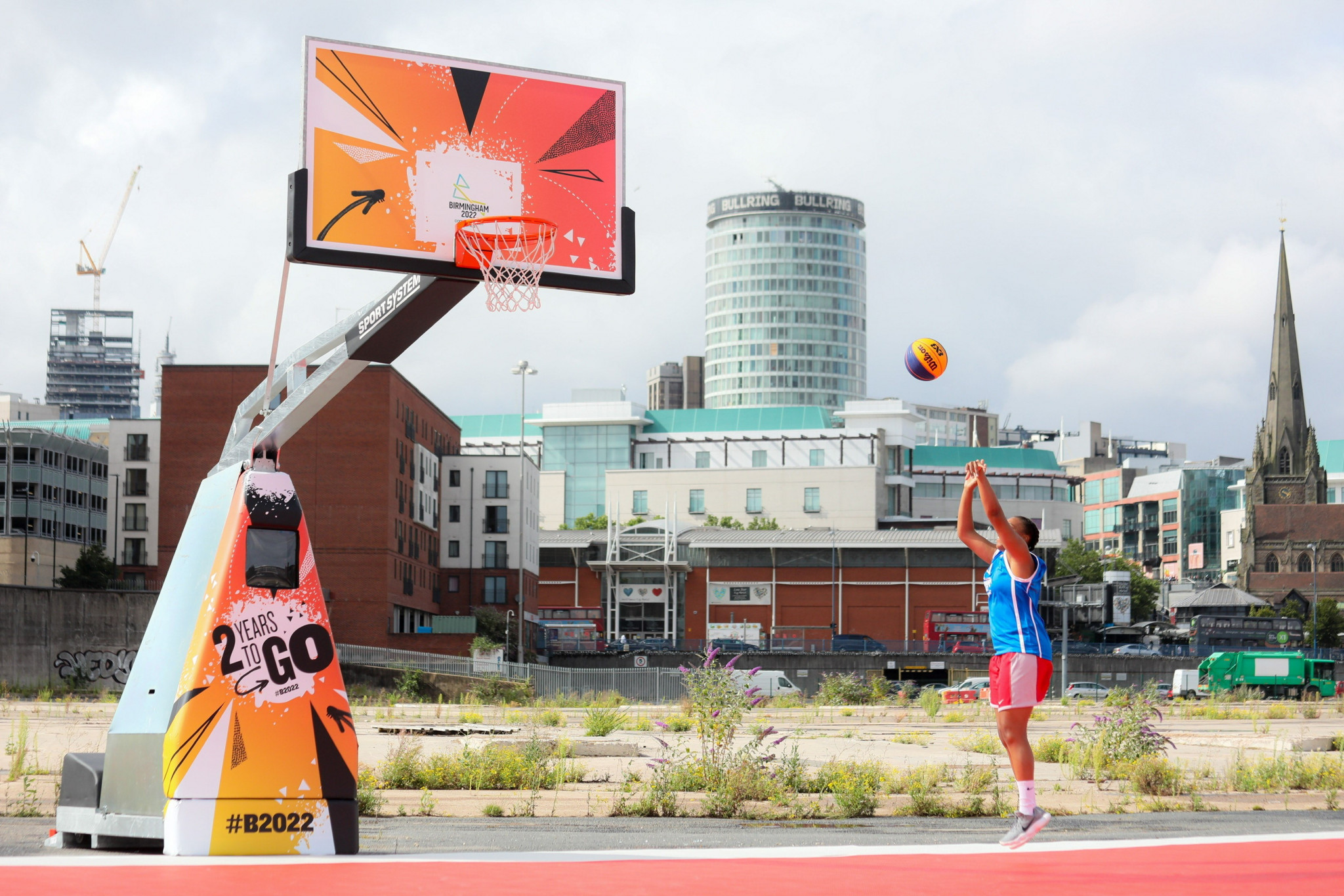 Birmingham 2022 has unveiled the location for the 3x3 basketball and beach volleyball venues to mark two-years-to-go until the next edition of the Commonwealth Games.

Smithfield, previously the site of Birmingham's Wholesale Markets, has been chosen to stage the two sports.

It is located in the city centre and is a short walk from the famous Bullring shopping centre.

The 3x3 version of basketball is set to make its Commonwealth Games debut at Birmingham 2022, while beach volleyball will make its second appearance after Gold Coast 2018.

Temporary courts were set-up here to mark the two year milestone until the multi-sport competition, which is scheduled for July 28 to August 8, 2022.

Members of the City of Birmingham Basketball Club tried out the 3x3 basketball court, while current athletes took part in a beach volleyball demonstration.

"Today marks exactly two-years-to-go until the official Opening Ceremony for Birmingham 2022 and we're on track with our plans to host a spectacular event which will not only put Birmingham and the West Midlands centre stage but will also be an integral part of the region's recovery plan following the global pandemic, bringing jobs for local people and contracts for local businesses," said Birmingham 2022 chief executive Ian Reid.

"Smithfield is a fantastic location for these two sports, allowing us to bring together thousands of local people and spectators from further afield and enabling us to create a key hub for the Games in the heart of the city centre.

"It's currently a blank canvas which will allow us to transform this location into a vibrant venue for two exciting sports that will no doubt bring a festival atmosphere to the Birmingham 2022 Commonwealth Games."

There is expected to be a capacity of 2,500 people per session at the 3x3 basketball venue, which will also host a 3x3 wheelchair basketball event.

The capacity of the beach volleyball venue is expected to be 4,000 people.

The Smithfield site is owned by Birmingham City Council and is part of its £2 billion ($2.6 billion/€2.2 billion) redevelopment project.

"We are delighted to be able to make available a prime piece of city centre land in the council's ownership as a Commonwealth Games venue – making it a focal point of Games-related festivities in the city in the summer of 2022," said Birmingham City Council deputy leader Brigid Jones.

"It offers a stunning backdrop that depicts the very best of Birmingham's past, present and future, showing off a key part of the city's skyline to a massive global audience.

"And for the people of Birmingham, the Games-time plan gives a fantastic purpose and use to this land before we bring forward our plans to redevelop the site into a thriving hub of residential, commercial and leisure developments, including a new home for our retail markets."

Around 5,000 athletes are expected to compete across 20 sports at Birmingham 2022.