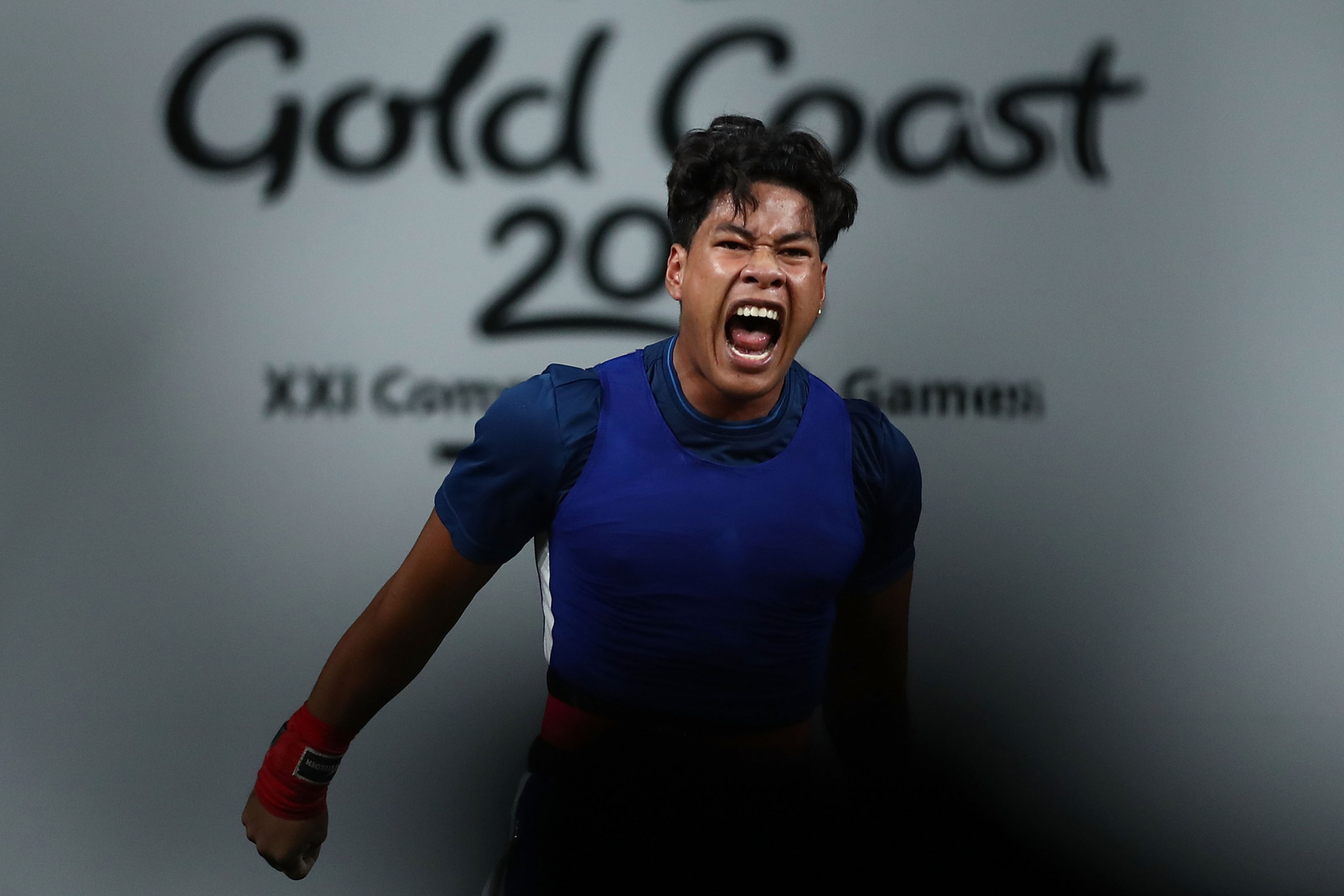 A new weightlifting competition for mixed-gender teams could be a formula to follow around the world during the COVID-19 pandemic, which has caused so much disruption to the International Weightlifting Federation (IWF) calendar.

There were several impressive results in the first round of the innovative Oceania Weightlifting Federation (OWF) league for mixed teams, which is being run by email throughout the Pacific.

The OWF is also hosting a global email competition this weekend to mark the original dates of the start of the postponed Tokyo 2020 Olympic Games, which is open to all athletes anywhere in the world who have been unable to train and compete normally.

The new league features 10 teams of 14 - seven men and seven women - who will all compete against each other over the next eight months.

The heaviest athlete in action in round one, New Zealand’s David Liti, weighed 171 kilograms - more than four times the weight of a 14-year-old girl representing Papaua New Guinea, Idau Vagi, who was the lightest.

The aggregate body weight of all 14 athletes is subtracted from the combined total lifted to give the team’s score.

"There’s never been a mixed-gender competition before and everybody’s loving it - we’ve had emails of support from across the world," said Paul Coffa, general secretary of the OWF who devised the new format when the COVID-19 lockdown put an end to live competitions in April and May.

Among those who have shown their support after the first round are three senior figures from the IWF - Interim President Ursula Papandrea from the United States, general secretary Mohamed Jaloud from Iraq, and Technical Committee chairman Nicu Vlad from Romania.

"I’d like to see this happening in other continents," said Coffa.

Papandrea told insidethegames: "Oceania has long been a leader in innovation.

"Necessity demands it due to their geography but as we know, that experience is valuable during these times.

"We have all needed to be forward-thinking to cope.

"I have mentioned the desire to have an IWF virtual mixed-gender team competition and I am just so happy to see a gender-equal model presented by Oceania.

"We all have great ideas but implementation is the differentiating factor.

"At the college level in my experience [in the United States] we have had co-ed teams but historically not equal in number.

"An equal gender, mixed-gender team is such a great way to break the historical and cultural norm that men and women in weightlifting are valued differently.

"Finally we are highlighting that all, regardless of gender, are equal on a team."

Two Samoans were among the most impressive performers in the first match-ups.

Don Opeloge, 21, made a career-best 380kg, which would have been an Oceania record in the 96kg category in a 'normal' IWF competition.

In the women’s super-heavyweights, Feagaiga Stowers, whose performances could help or hinder Laurel Hubbard’s chances of qualifying for Tokyo 2020, made an impressive total of 265kg.

Hubbard, the transgender athlete from New Zealand, will qualify if she finishes qualifying at the end of next April in the top eight, or if Stowers makes the top eight and Hubbard is the next best Oceania super-heavyweight.

But if both finish outside the top eight, which is a possibility, only the higher-ranked of the two will go to Tokyo.

Hubbard has the better total of 285kg and is ahead of Stowers in the rankings, but Stowers has not yet registered a total in the third phase of qualifying and has not competed since last September.

Tuaopepe Asiata Jerry Wallwork, head coach of the Samoa team, said Opeloge was doing "exceptionally well" and Stowers was "back in training and in good form" after a break for family commitments.

There have been no positive cases of COVID-19 in Samoa but there were state-of-emergency restrictions.

"Fortunately we have still been able to train right through the pandemic," Wallwork said.

Besides the Samoans, Coffa highlighted the efforts of Australia’s Eileen Cikamatana and two teenagers from Nauru - Nancy Abouke, who made 217kg at 69.5kg, and Ezekiel Moses, who totalled 294kg after weighing in at 72.7kg.

"There was some very strong lifting," said Coffa.

"Without this competition the young lifters would have no opposition - we have to keep them involved.

"We have no chance of travelling between the islands - for example Nauru is locked down, so is Kiribati - so what are kids going to do for international competition, for motivation?"

All the 10 teams will compete against each other in different rounds of the league - Papua New Guinea, Samoa, Fiji, Nauru, New Zealand, Australia, Solomon Islands, Kiribati and two conglomerate teams from other islands.

As for the Keep Your Dream Alive global email competition this weekend, which is backed by the Swedish equipment manufacturer Eleiko, Coffa is hoping for 1,000 or more entries.

"This is for all those weightlifters, wherever they may be, who are training in their garage or their garden, who can’t compete or train normally because of the pandemic."

Winners in all 14 Olympic weight classes will win an Eleiko bar and entry details can be found here.

Last week a successful online competition was staged by the Pan American Weightlifting federation, featuring athletes from across the world whose lifts were filmed and judged on Zoom.