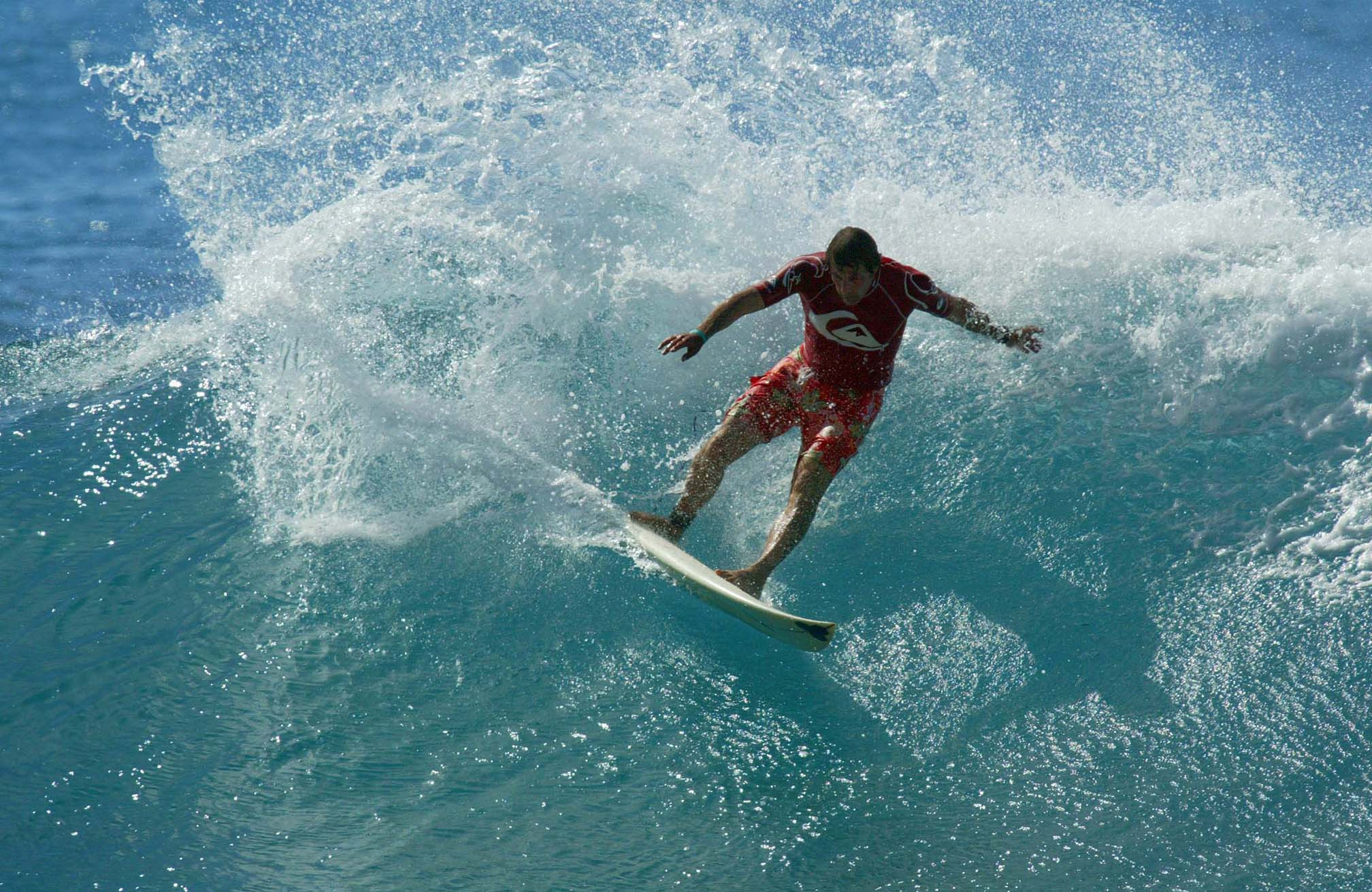 American surfing legend and 1993 world champion Derek Ho has died at the age of 55 after suffering a heart attack.

Born in Hawaii and from a Chinese family, Ho won at world title at the age of 29 and became the first native Hawaiian to do so.

He triumphed at the 1993 Association of Surfing Professionals World Championships - that organisation has since become the World Surf League.

On Friday (July 17), Ho was hospitalised after suffering a heart attack- he fell into a coma and passed away later that afternoon.

Standing goofy on the surfboard, Ho became a top surfer of Hawaii's Banzai Pipeline as a teenager alongside his older brother Michael.

By the time he was in his early 20s, he had already won a Pipe Masters event and went on to become a four-time Triple Crown winner.

He also landed on the cover of Surfer magazine.

He leaves behind two nephews, Mason and Coco, who are both professional surfers too.

💔 I love how much Uncle Derek love and admired dad - while mason and I looked at him with the same awe and admiration. Uncle Derek called my dad, “dad” and dad called him “baby D.” He was ‘Uncle’ to me, but he was extraordinary. He oozed love and family, he is the father to two of my best friends. I always looked at him with heart eyes, he was my ultimate hero. He competed and walked through life with a super strong soul (less emotional then dad and I.) That’s how dad coached me- with examples of Uncle Derek. When I look at photos of him I feel that strong soul, I see our families rock, I draw inspiration from that champion, I heavily miss my Uncle. The out pour of love and respect has been seen and felt. We’ve shown dad posts and he’ll smile and share a story. He also told me, “reply to everyone.” 😂😅. We did set up a go fund me account. Cause as we all know, the current state of the world has proven to be trying for so many of us. Your varying forms of love and support thus far have been overwhelmingly kind and heartfelt. So whatever you feel you are being called upon to contribute, please know it is already more than enough and very much appreciated. -Ho Ohana photos by @cole_barash ❤️

Matt Warshaw wrote in the Encyclopaedia of Surfing that: "Ho was quick-footed, with a sharp, angular, slightly formulated attack.

"Tuberiding was his strength, and in hollow waves, especially at Pipeline, he rode with sublime precision and elegance.

"Two-time world champion Tom Carroll was Ho's equal at Pipeline, but the Australian's approach was rougher and more power-driven, whereas Ho time and again drew perfect lines through the deepest part of the wave - updating the approach invented by seventies Pipeline ace Gerry Lopez."

Australian surfer Mick Fanning led the tributes to Ho when he said: "Uncle D was always such a friendly and funny guy towards me.

"Full of life and quirky in the amazing Ho family way.

"To see him still surfing places like Pipeline as good as anyone at 55 is a huge inspiration.

"Your memory, legacy and character will live on and inspire many in the future."

A fundraiser for the family of Ho has been started too.