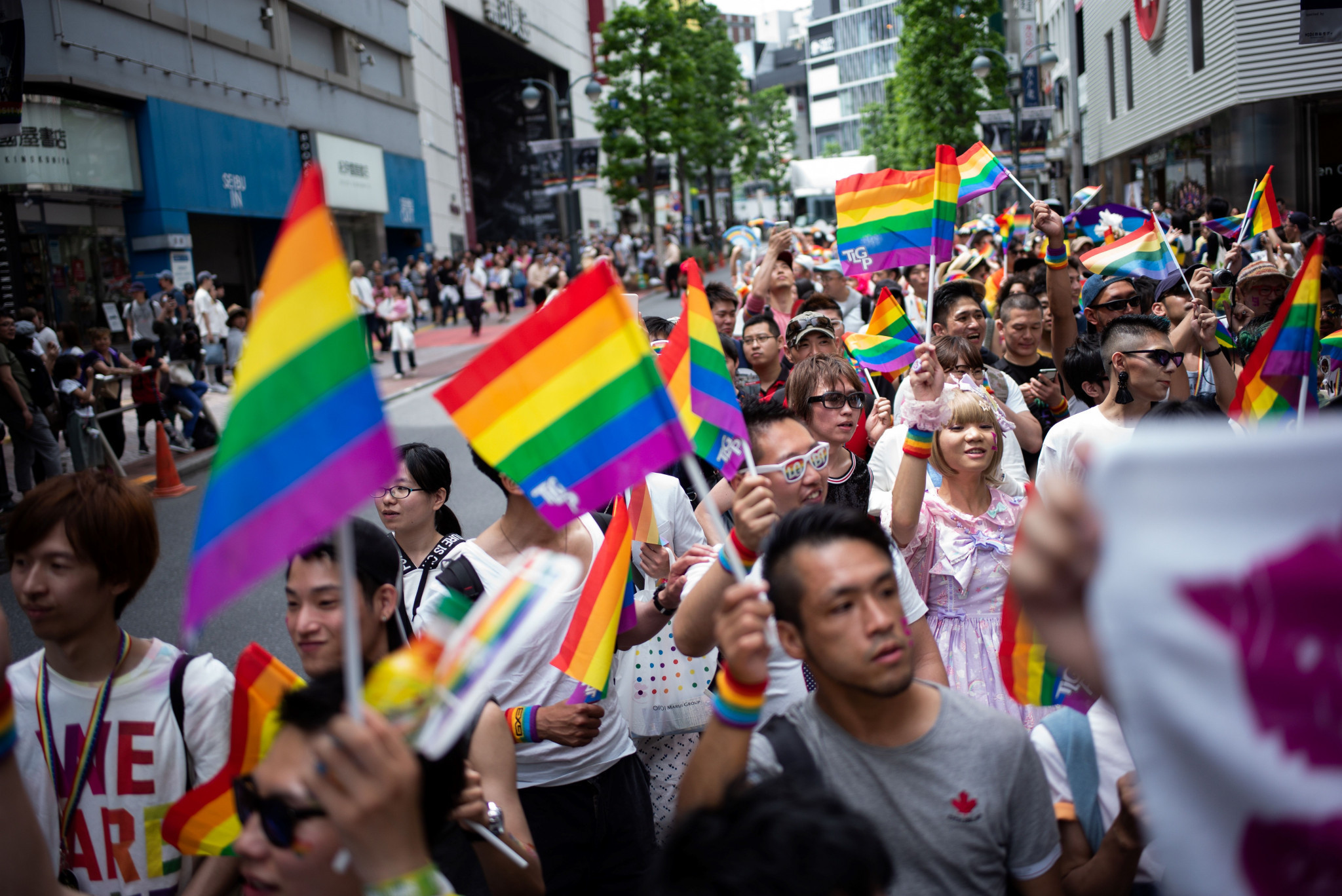 Numerous human rights groups in Japan will launch a campaign tomorrow to push for legislation which would protect lesbian, gay, bisexual and transgender (LGBT) people from discrimination ahead of the Tokyo 2020 Olympics.

The #EqualityActJapan will aim to improve rights for people regardless of their sexual orientation or gender identity.

It has been backed by many groups including Human Rights Watch, Athlete Ally and the Japan Alliance for LGBT Legislation (J-ALL).

J-ALL is an umbrella organisation of 100 LGBT groups in Japan, and has promoted the campaign by working with Japanese and international athletes to end discrimination in sport.

"LGBT people in Japan are entitled to equal protection under the law," said Yuri Igarashi, co-representative director of J-ALL.

"Postponing the Olympic Games to 2021 has given the Government time to introduce and pass historic protections to benefit everyone in Japan."

The campaign is open to everyone and will feature a series of online and in-person opportunities for action over the next year to show support for the proposed legislation.

Due to the COVID-19 pandemic, the Tokyo 2020 Olympics were moved to 2021 in reaction to the social and travel restrictions implemented globally, as well as concerns for athlete well-being.

The Olympic Charter bans "discrimination of any kind" including for sexual orientation.

In line with the International Olympic Committee's commitments, the Tokyo Metropolitan Government adopted an ordinance that protects LGBT people from discrimination on the basis of sexual orientation and gender identity in October 2018.

This means the city must look to use the Games as a way to improve human rights in Japan and overseas.

Despite LGBT rights being protected in Tokyo, several Olympic events will technically still face issues as they will take place outside of the city.

In 1 year, Japan will host the #Tokyo2020 Olympics. But Japan’s lack of protection for #LGBT people fails to meet the requirements of the Olympic Charter & #humanrights standards. It's time for #Japan to pass an Equality Act. Take action: https://t.co/6KDbZdCsGG #EqualityActJapan pic.twitter.com/C7lt2nGeQw

This includes the marathons, golf, fencing, race walking, softball and surfing with the prefectures of Hokkaido, Saitama, Chiba, Shizuoka, Kanagawa, Miyagi and Fukushima all due to host events.

Kanae Doi, the Japan director of Human Rights Watch, added: "Japan has an opportunity to be a true global LGBT rights leader by protecting against discrimination at home.

"The Tokyo Metropolitan Government has shown solidarity with the LGBT community by passing its historic Olympic LGBT nondiscrimination law, and the national Government should urgently follow suit."

As of the London 2012 Olympics, more than 100 athletes have been openly LGBT at the Games.

Japan is one of the most LGBT progressive nations in Asia, with homosexuality being legal since 1880.

Although transgender people have been recognised since 2004, a controversial part of its law requires those to only be identified as their preferred gender after reassignment surgery and sterilisation.

Anti-discrimination laws also do not exist in most of the country, including in the workplace, as well as same-sex adoption not being legal.

Despite the public showing to be more in favour of same sex marriage than against it in 2015, it is still not legal in Japan.