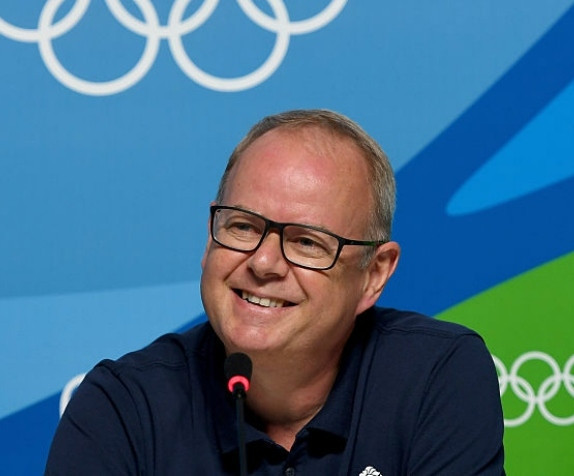 Mark England, the Tokyo 2020 Chef de Mission for the British Olympic Association (BOA), has said he expects a reduction in the number of staff travelling to the Games next year in response to financial constraints caused by the COVID-19 pandemic.

Financial pressure has been placed on governing bodies following the postponement of Tokyo 2020, which is now scheduled to start on July 23 in 2021, and more widespread economic woes.

England, who led Britain to its most successful Games in history at Rio 2016, stated that he is looking into cutting the number of BOA staff who travel to Tokyo to ensure everyone there is "essential".

"Part of our delivery and campaign is to ensure that personal coaches, individual coaches of athletes and a base for athletes is strong," England said.

"Then we have a second tier which is Team GB delegation of medical practitioners, support personnel and performance specialists - there is about 52 of those.

"Then we have a third group which is people like myself and BOA staff - that's the group we are really honing in on to see whether everybody on that plane is essential, we are working through that now.

"We don't carry too many passengers on that one, but we are mindful of any global recession, it has hit some of our commercial partners really hard."

England praised the backing from the BOA Board and commercial partners continuing to support the team despite financial hardship caused by the postponement and a global economic slowdown brought about by the pandemic.

He added: "I can categorically say that it has been a very difficult time for our commercial partners and for the BOA, in terms of having to manage effectively our cost.

"The Board have completely safeguarded our budget for 2020, taking place next year, and for [Paris] 2024

"We are just going through some of the detail of the Beijing 2022 Winter Olympics budget now, and then on to Paris."

England gave the number of athletes officially selected to represent Britain at Tokyo 2020 as 21 - consisting of five canoeists, 15 sailors and one sport climber, Shauna Coxsey.

The Chef de Mission noted that more than 200 other athletes have formally qualified but not yet been selected, while in excess of another 100 - made up mostly of competitors in athletics and swimming - have made qualification standards.

In total, he expects there to be around 375 athletes selected and for the group to consist of more women than men for the first time.

On medal expectations, England stressed that there was no medal aim for Britain, calling the Rio 2016 performance "bloody tough" to try and replicate.

Britain won 27 gold medals in Brazil - fewer only than the United States - and 67 medals in total, when England again acted as Chef de Mission.

Beyond postponement, athletes' rights and the likelihood of protests is another much-discussed topic ahead of the Games.

Athletes from a variety of sports have been outspoken following the police killing of unarmed black man George Floyd in the US, which sparked global protests.

However, the IOC Athletes' Commission has launched a survey on protests as several groups have called Rule 50 into question.

"We are pushing our Athletes Commission really hard to work closely with Kirsty Coventry in the IOC Athletes' Commission to ask - what is right and appropriate?

"It's a theme across a number of things - the voice of the athlete is super, super important."