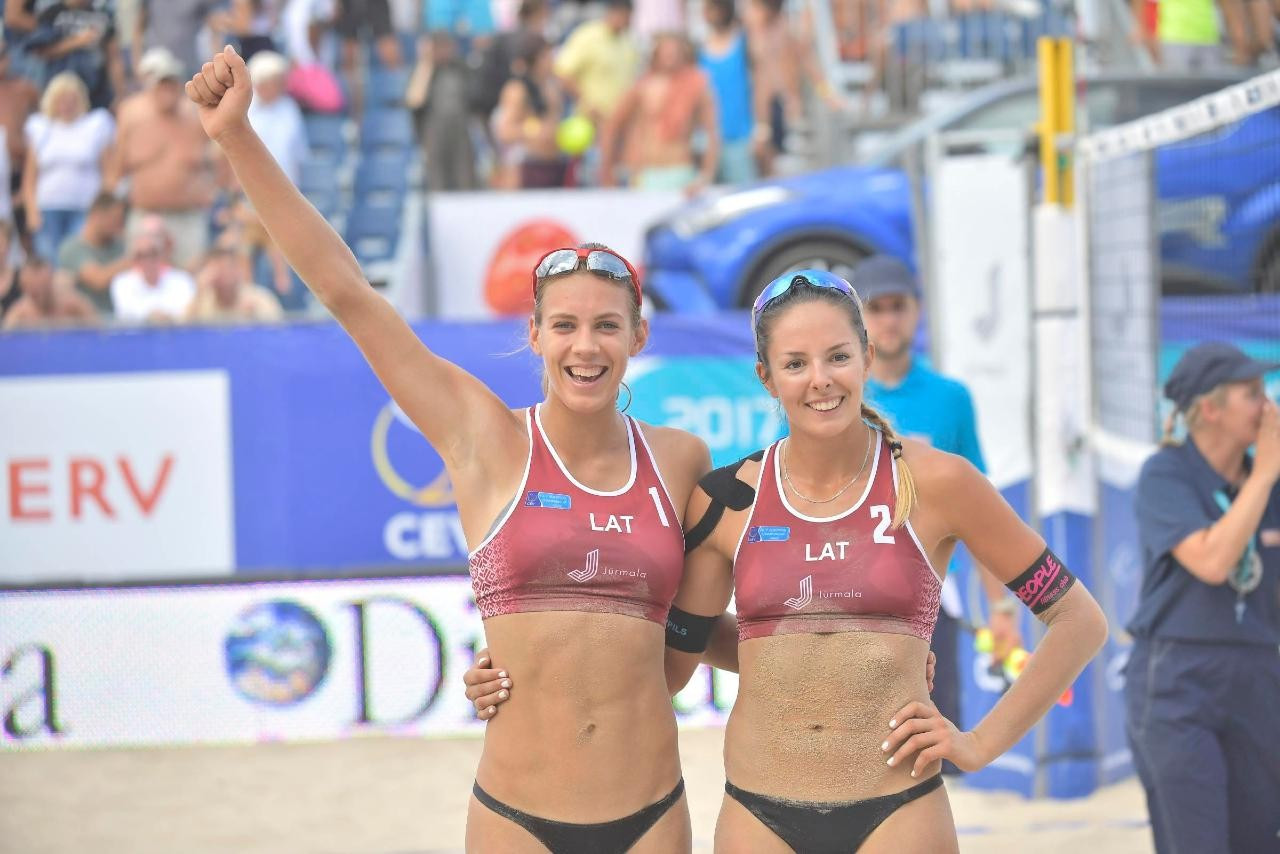 The European Volleyball Confederation (CEV) has confirmed that the 2020 edition of the European Beach Volleyball Championship, otherwise known as EuroBeachVolley, will be scheduled to take place in the Latvian city of Jūrmala.

Due to run from September 16 to 20, the EuroBeachVolley competition will return to the city having hosted the tournament in 2017.

In that competition, Aleksandrs Samoilovs and Jānis Šmēdiņš made the final in front of a home crowd in the men's event, making it the pair's third of four silver European medals, with the duo also winning gold in 2015.

The 2020 edition will return to Majori Beach in Jūrmala, seen as a popular destination with tourists and beach volleyball players.

The city also held a CEV satellite event in 2014, as well as a men's CEV Masters event a year later and then a double-gender event in 2016.

Anti-coronavirus measures are set to be implemented.

"We are delighted that we can offer to our top European beach volleyball athletes a unique platform to perform during this challenging time," CEV President Aleksandar Boričić said.

It also announced that the Under-22 Beach Volleyball Championship will be staged at Efes Selçuk Pamucak Beach in Izmir in Turkey from September 23 to 27.

It was initially scheduled to held in Vlissingen in The Netherlands, but the Dutch Volleyball Federation withdrew in light of local restrictions during the COVID-19 pandemic.

Izmir will also host the Under-18 Beach Volleyball European Championship the week before, from September 16 to 20.

EuroBeachVolley will feature 32 teams per gender, with home favourites Tīna Graudiņa and Anastasija Kravčenoka set to defend their women's title.

Christian Sørum and Anders Mol of Norway will defend their men's titles.