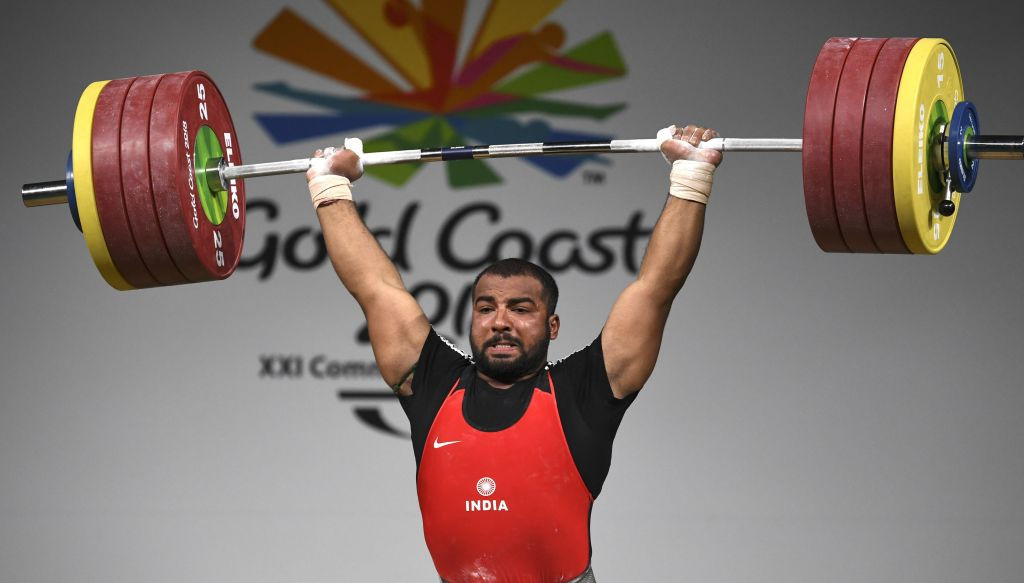 The 25-year-old, who claimed silver in the 105 kilograms category at the Gold Coast 2018 Commonwealth Games, returned the positive test during a camp at the National Institute of Sport in Patiala in December.

According to the Indian Express, confirmation of Singh's 'A' sample testing positive for HGH was relayed to the athlete in March.

Analysis of his 'B' sample has been delayed due to restrictions imposed in response to the coronavirus pandemic, the newspaper reported.

Should the 'B' sample also come back positive, Singh is facing a four-year ban, which would rule him out of the postponed Tokyo 2020 Olympic Games and the 2022 Commonwealth Games in Birmingham.

"We had informed the concerned federation and the weightlifter in March just before the lockdown," National Anti-Doping Agency director Navin Agarwal told the Indian Express.

"Because of the 'B' sample issue, whether they wanted to do it or not, we could not disclose it publicly immediately."

HGH is prohibited in and out of competition by the World Anti-Doping Agency (WADA).

According to WADA, HGH can help increase muscle mass and strength and has tissue-repairing effects on the musculo-skeletal system.

It is considered particularly effective for athletes competing in power and endurance sports, such as weightlifting.