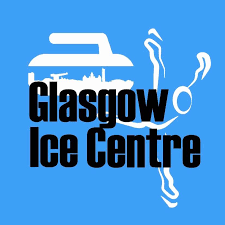 A project has been started by a group of Scottish curlers to look into the possibility of creating a multi-purpose ice facility in Glasgow, following the closing of one of the country's largest ice rinks.

The charity Glasgow Ice Centre is looking to build a permanent ice facility in Scotland's largest city in response to the loss of ice at the Braehead Arena.

The dedicated curling rink in Braehead, located just outside Glasgow, closed following owner Intu's announcement in November that it planned to shut it down.

It left more than 700 curlers, including the successful Wheelchair Curling Club, without a facility.

Now Glasgow Ice Centre has some of the biggest names in Scottish curling backing its creation, with Eve Muirhead, often regarded as the nation's most famous curler, serving as an ambassador of the project alongside men's skip Ross Paterson.

We are delighted to announce that Glasgow Ice Centre is now an officially registered charity with OSCR (Scottish Charity Regulator). 🎊
We are committed to increasing access to ice rink sports and leisure opportunities. Follow link for more info: https://t.co/uNb0uMKliW

Muirhead's teammate Lauren Gray is one of the four trustees for the project, headed by Scottish coach Alan Hannah, who helped to set it up.

The charity is producing a feasibility study which aims to be delivered by October and has chosen to consult with the company IPW, which also oversaw the building of the Cambridge Ice Arena in England.

European silver medallist Gray spoke to insidethegames about what information they are looking for from the study and what they are doing to get information from the public.

"We have had people helping us out and identifying places that they think could be good, but we will be consulting our ideas with IPW," she said.

"A location within the city with top transport links is top of the agenda, but there's a million options and it is going to be narrowed down by the feasibility study.

"You don't want to put anything out there that is going to pre-empt that outcome.

"We will need to look into the combination of sports and what's the most viable option going forward.

"We're engaging with all communities right now because everything is on the table, but what is going to be the most viable long term and the most successful facility is going to be determined by that study."

It’s time to get creative!
- Post a photo with the caption above and a sign with your personal reason
- Tag us and use #GlasgowIceCentre
- Tag 2 pals
- Donate £2 https://t.co/XAGgJ9xeiC pic.twitter.com/qU2eQqyW9P

The group is considering a multi-pad facility that could accommodate different sports including ice skating and possibly ice hockey and speed skating.

Gray added: "In our charitable purposes, Glasgow Ice Centre is about increasing participation in ice sports and leisure opportunities.

"We will be seeking harmony between sports and although it was a group of curlers who started the project, we're a regulated charity so that means there will be an equality with the sports involved.

"It's a massive opportunity for the city and for the number of ice sports that we're having involved, I think it'll be incredible."

There will also be Zoom calls with representatives from different ice sports to inform their respective communities of its plans.

Another ambassador for the charity is Paralympic wheelchair curling bronze medallist, Aileen Neilson who spoke about the necessity to give space to disabled curlers.

Delighted to see this initiate and very pleased that @BritishCurling links strong through Alan and Lauren! Keen to support in anyway we / I can. https://t.co/aiQzzbSDUZ

"The move left a huge void in the life of the wheelchair curlers who attended the club, or wheelchair users who could start the sport so it was a real concern for us," Neilson said.

"I was first inspired by wheelchair curlers when the World Championships were held at Braehead in 2005 and that's what inspired me to then compete at the top level, so there has to be a facility where people can have dreams like that.

"There could be world champions out there and unless they get out on the ice and try these sports, we're never going to know - but it's also good for your fitness physically and mentally.

"It's not just the sport, it's everything that comes with it: the social aspect, getting out and about, being active, being fit and being healthy."

Neilson was previously an able-bodied curler before moving into the sport in 2005 and learned that many facilities were not wheelchair accessible, stating that accessibility for the planned facility will be covered well for people of all impairments.

"We know that kind of model that we want for people with a disability whether it be visually impaired, whether it be a wheelchair user or hearing impairment," she added.

"There's a lot of people we have to think about and make sure that that ice for whatever sport is accessible to them."

The Glasgow Ice Centre has set up a crowdfunding page to raise funds for the project, which can be accessed here.