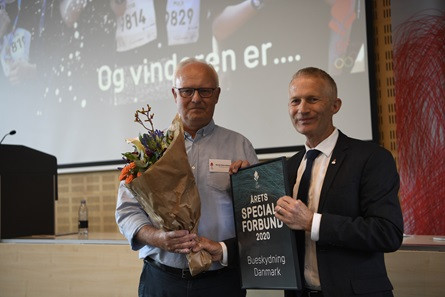 The National Olympic Committee and Sports Confederation of Denmark (DIF) has named Archery Denmark as its federation of the year.

The decision was announced following a vote as the DIF held their Congress.

Archery Denmark is a governing body which "thinks new and different", it was ruled.

There are 62 sporting federations under the umbrella of the DIF in all.

Morten Holm-Nielsen, the President of Archery Denmark, welcomed the news.

"It's a huge honour for us, and big recognition of our members and volunteers in the Danish archery clubs," he said.

"We have been struggling over the past months during the COVID-19 crisis so this is really something to lift the spirit in our organisation."

Denmark did not compete in archery at the Rio 2016 Olympic Games.

However, Maja Jager qualified the country a place at Tokyo 2020 through the 2019 World Championships in 's-Hertogenbosch.