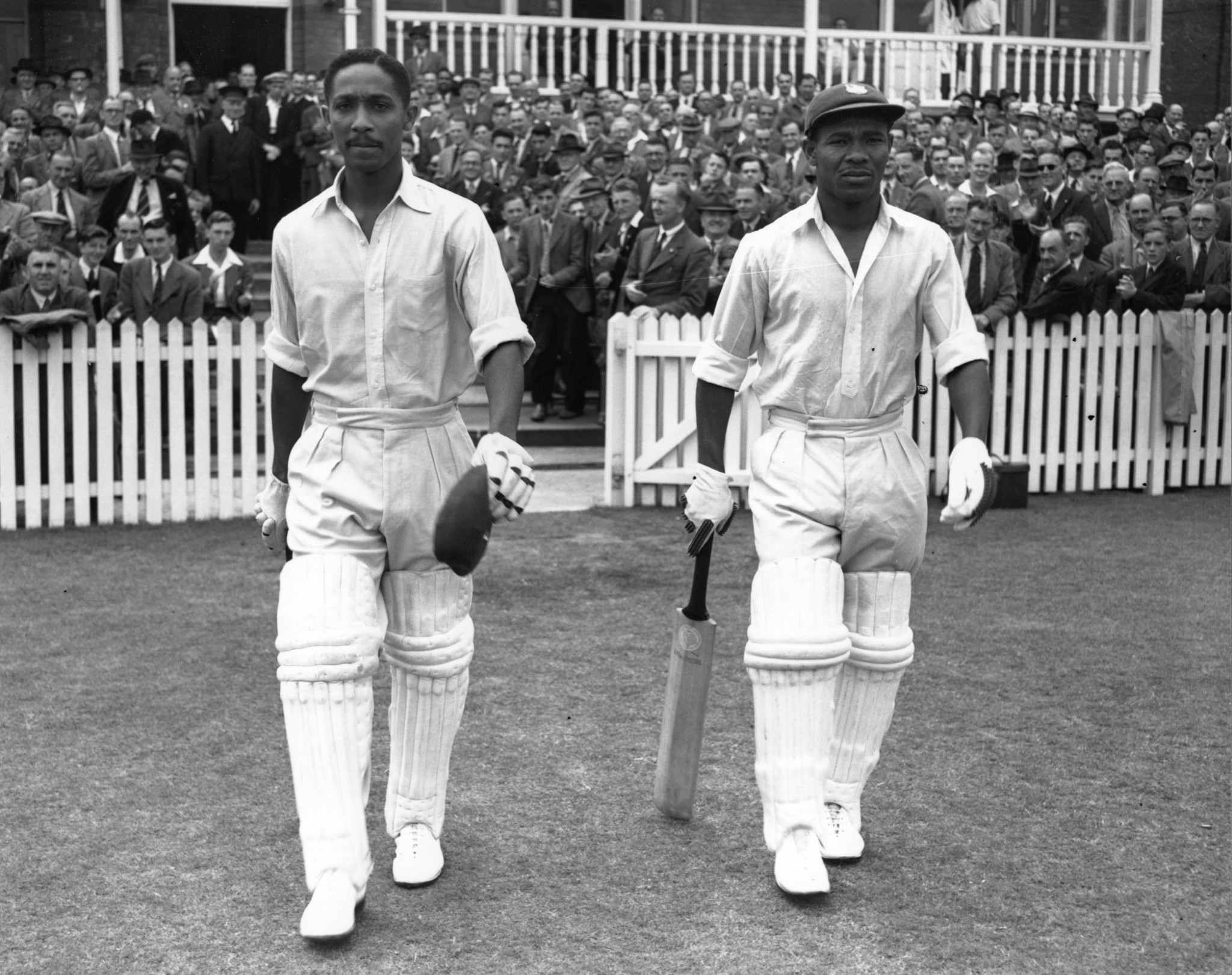 There will be a poignant start to the England-West Indies Test series next week after the passing of legendary West Indian batsman Sir Everton Weekes at the age of 95.

Weekes was the last of a legendary trio of players from Barbados known as the 'Three Ws'.

Along with Sir Frank Worrell and Sir Clyde Walcott, he lit up Test cricket in the 1950s when the West Indies became a major force for the first time.

"May his soul rest in eternal peace.

"Sir Everton was therefore a most amazing pioneer in West Indies cricket.

"I grew to appreciate his sense of humour and his love of people, and witnessed the love and respect that so many held for him in Barbados and across the entire region."

Weekes made the first of his 48 test appearances for the West Indies in 1948.

Although he got a 'start' in each of his first three matches, the big score did not come and there was even talk of dropping him but the selectors made what was then an unpopular decision to retain him.

He repaid their faith with 141, the first of 15 Test centuries.

Can't believe the legendary Sir Everton Weekes is no more. Thoughts and prayers go out to his family and friends. One of the greatest cricketers from the country. A true icon.

It proved the touch paper for his most famous individual achievement as batsman.

Weekes was chosen to tour India where, in his next four Test match innings, he struck a hundred.

He was set for yet another century which would have made it six in a row when he was run out for 90.

Sir Everton remains the only man in history to have hit a century in five consecutive Test innings.

By 1950, he was an integral part of a star-studded batting line-up in a fabled Test match at Lord’s Cricket Ground in London, where he hit 63 in both innings before England were bowled out.

Weekes later returned to England to play as a professional in the Lancashire League with Bacup, where his batting average was an astonishing 91.61.

In a Test career which spanned a decade, Sir Everton scored two double-centuries and his 4,455 runs were scored at an average of 58.61.

The legendary Australian Sir Don Bradman, one of very few in the history of the game with an even better batting record, was said to have considered Sir Everton the greatest of all West Indian batsmen.

After his playing career was over, Weekes became a commentator, coached the Canadian team at the 1979 Prudential Cup, had a spell as a International Cricket Council referee and served as a justice of the peace in Barbados.

He also excelled at Bridge and represented his homeland in regional competitions.

Sir Everton continued to swim in the sea near his home until he was in his early nineties.

Sir Clive Lloyd, who skippered the dominant West Indies side of the 1970s to two World Cups, told the Jamaica Observer how "Weekes, Worrell and Walcott had showed us the way to play cricket through concentration, applying yourself to the task, and being professional on and off the field, and Everton Weekes portrayed those so well."

A stand at the world-famous Kensington Oval in Bridgetown is known as the "Worrell, Weekes and Walcott Stand", while the cricket ground the University of the West Indies in named the Three Ws Oval.

Appropriately, the current holders of the Headley-Weekes Trophy are the Barbados Pride after the 2020 season was curtailed because of the pandemic.