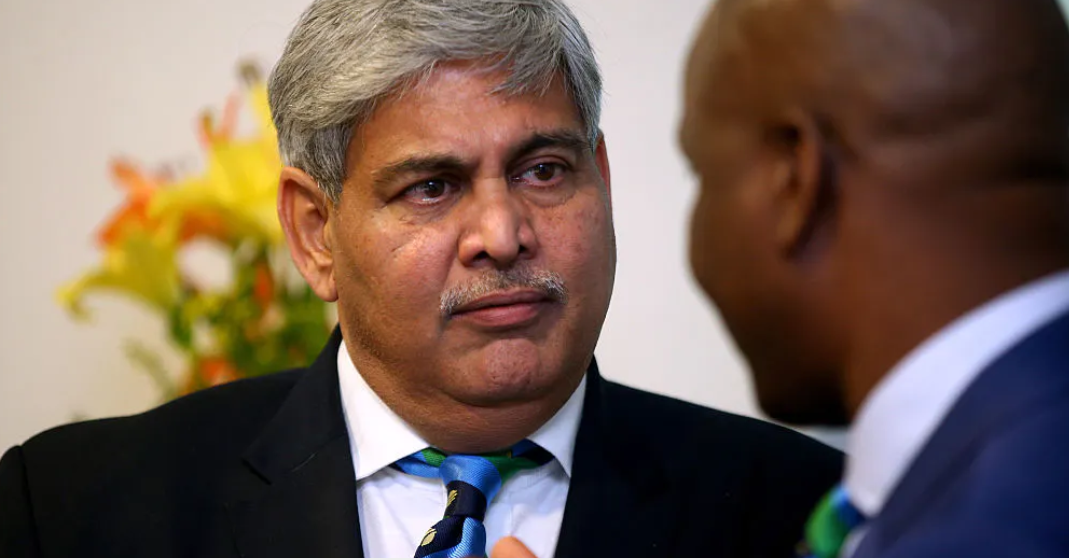 International Cricket Council (ICC) chairman Shashank Manohar has officially stepped down from his position after two terms in charge of the Board.

Deputy chairman Imran Khwaja has been appointed by the ICC Board as an interim chairperson until a successor is elected.

The process for the election is expected to be approved by the ICC Board within the next week.

ICC chief executive Manu Sawhney said: "On behalf of the ICC Board and staff and the whole cricket family, I would like to thank Shashank for his leadership and everything he has done for the sport as ICC chairman.

"We wish him and his family all the very best for the future."

Manohar sat for a total of four years as ICC chairman.

He made the decision to step down in December 2019, rather than seek a third election.

"I am not interested in continuing for another two-year term," Manohar then told Indian newspaper The Hindu.

"Majority of directors have requested me to continue, but I have told them that I do not wish to do so.

"I have been the chairman for nearly five years – I am very clear I do not want to continue from June 2020.

"My successor will be known next May, he has to be elected in May to take charge after me at the Annual Conference."

A decision on the election process was due to be made at the ICC Board meeting on May 28, but the governing body shelved all agenda items after a proposal to postpone this year's T20 World Cup was leaked to the Times of India.

Since then, the process was moved to June 10 and is ready to be approved.

ICC deputy chairman Khwaja added: "Everyone on the ICC Board extends their wholehearted thanks to Shashank for the commitment he has shown to our sport.

"There is no doubt the cricket owes Shashank a debt of gratitude for all he has done for the sport, he has left cricket and the ICC in a better place than he found it."