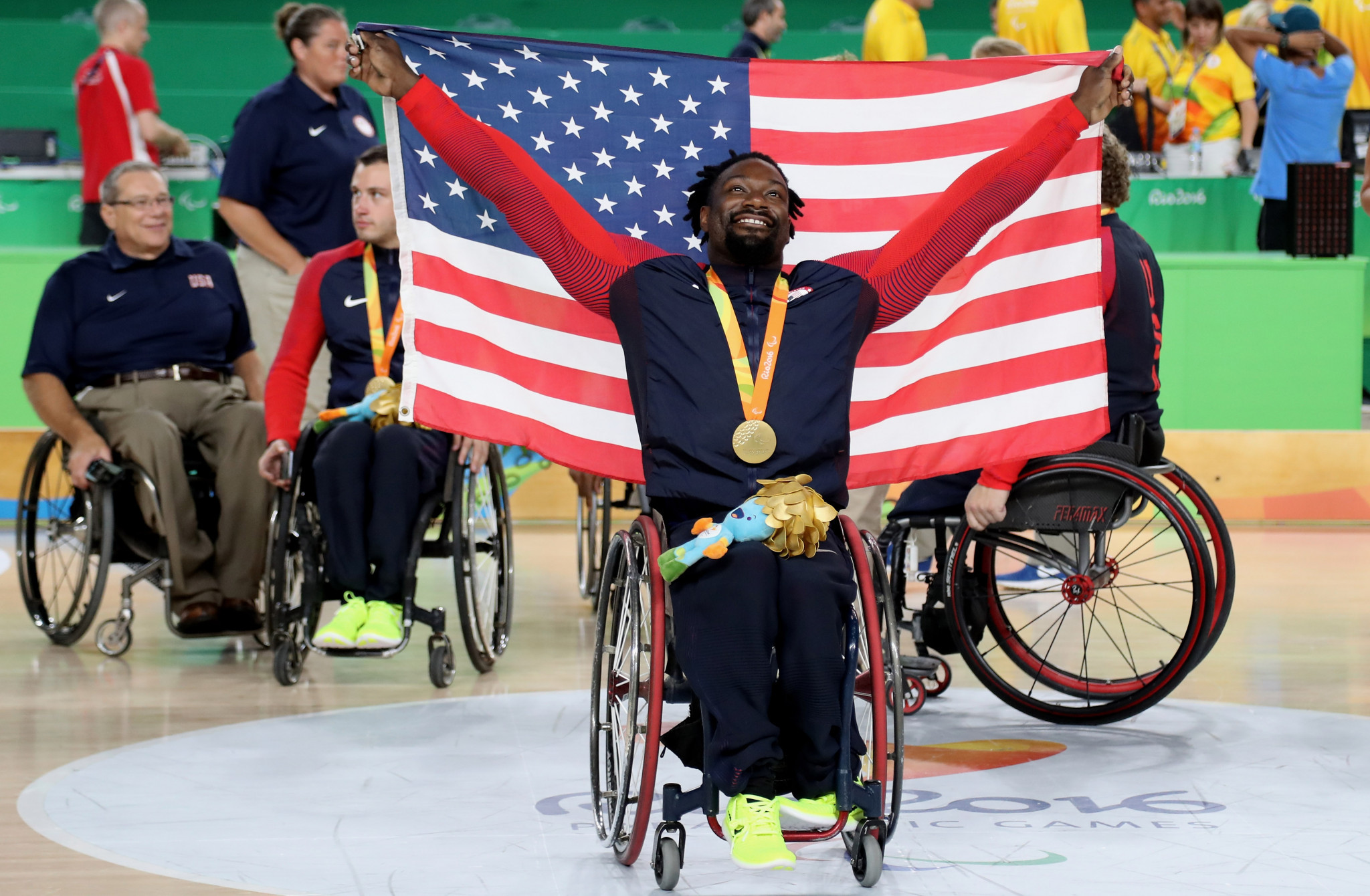 Paralympic wheelchair basketball champion Matt Scott will put his Tokyo 2020 ambitions on hold to teach a generation of wheelchair athletes his best skills when he hosts a clinic as part of the first virtual Angel City Games.

The American, who won Paralympic gold in the sport at Rio 2016, has said that even though he is not defending his team's title in Tokyo, he is excited to be working with the Games for a fourth year.

It comes after the physical Games this year were moved online due to the ongoing COVID-19 pandemic, causing social restrictions globally.

Along with women's wheelchair basketball player, Megan Blunk, Scott will be teaching participants skills that can improve their game.

Speaking to insidethegames, Scott said: "For the virtual Games we're going to prove to the kids that no equipment is necessary - I just want to show the kids what I usually do and how I usually train.

"The Hartford is going to be providing some workout gear and exercise bands for the first 450 kids that register so we're going to be using that equipment to get the kids more formulated with the types of workouts me and Megan put out there."

Angel City Games have teamed up with The Hartford who are providing the equipment to the children through its "The Hartford Ability Equipped" Programme.

He added: "They're able to give people equipment that they didn't necessarily have and they're making sport accessible to those who didn't have access to it - the more people who have access to the Games, the better.

"We're able to get the word out and share it. I've seen so many people get involved in the promotion of this, it's incredible."

Scott's clinic will take place on the first week of the Games - spread across three separate weeks in July and August, with his skills being on show on July 13, followed by a "challenge" day on July 18 where he, Blunk and others involved in the clinic will lead an exhibition showcasing their talent.

Scott said: "We're going to be talking about visualising and shooting, getting your technique together - there's so many different elements of the game that you don't necessarily need the equipment, and we're going to prove that when we have the Games.

"I think getting the right stretching and warm ups with the exercise ball and bands are important, but also getting your mindset right.

"I have the ability to affect so many kids and people of age and all ability levels and let them take something from this.

"Whether that's my technique or my training, if I can give them something, it makes it all better for me.

"The clinic day is the big one where we're going to have a bunch of different participants, but the challenge day will have all of us who are involved in the basketball going live and doing some different drills and skills to challenge each other.

A moment of silence; a sign of respect and acknowledgment. A necessary step back to see things clearly from a safe distance. I ask myself often: Who do I need to explain myself to? That urge to express the depth of my feelings in detail, that must be an ego thing, right? There is no need for a public explanation is what I keep telling myself. Ironically here I am. Peaceful silence can be misconstrued. So what I see as safeguarding my own energy can be wrongfully perceived as a pompous gesture. Ghosting, neglecting, ignoring can all appear eerily similar to mourning, and this post is either an inner monologue between my ego and I that no one reads or an update for anyone that couldn’t decipher. I’m an optimist that thrives on positive energy. I love to share positivity here on my page in hopes that it’s contagious. If I ever have a problem I handle that in private. There are definitely times that I come face to face with my own pessimism and that’s when it’s time to fall back, reset, and soak up the positive vibes from the loved ones around me. I want to make a very clear statement to those of you that made it this far. A lot of you have read this week that I will not be playing for the Thuringia bulls this season. This is a peaceful departure for my own personal reasons. Thuringia is an outstanding club with an incredible atmosphere that I was extremely fortunate to be apart of. I thank them, and their supporters for everything. There has been some jumping to conclusions so I feel inclined to clear up any misunderstanding. I am not retiring. I will play basketball again. This is however undoubtedly a time for reflection and peace, and not a time to be thinking about that. Simple as that. I will use it to soak up some love and positivity. When I’m ready to get out there again you’ll know it. In the meantime I’ve aligned myself with a couple summer projects dealing with matters of racism/diversity and the inclusivity of sports despite the current global climate. I know this was long winded! Its because I have incredible amounts of gratitude for those of you that support me. Much love to you all for the patience and understanding ✌️✌️❤️ ?: @krisryanphoto

"That's more something that we're going to be doing for fun.

"At a time like this it's really important to talk about the competitive nature of the sport and improving and getting better, but we also want to just have fun with it.

"People have had a difficult few months with this world pandemic and we want to make sure everyone is having a good time."

Scott is currently in Berlin and will be situated in Germany for the event during the Games, having recently played in the national league there.

His reaction to the cancellation of the physical event which was replaced by the virtual one, was one of excitement - and he hopes that it can continue in future.

"I think that it's an extremely forward-thinking move by The Hartford, by Angel City to make this not only exclusive for the people that can make the trip to California, it will be available to so many people worldwide, this thing could go international.

"I think that it might be something that after a time like this, that we want to do afterwards.

Scott even spoke about how he plans to use his experiences in hospital, when he suffered a septic shock and was in a coma for seven days, to show how he adapted to practising basketball from his bed - getting nurses to make him a makeshift net.

He now believes that the event will raise spirits during the global crisis, and believes everyone will get enjoyment from the virtual Games.

"The Angel City Games is something that I think a lot of people look forward to every year and maybe it would have taken a big hit if it were cancelled or postponed, but right now, we're making sport accessible to people.

"I'm proud to be a part of that and I can't wait to see what we can come up with."

The Angel City Virtual Games, presented by The Hartford, will take place from July 13 to August 24.