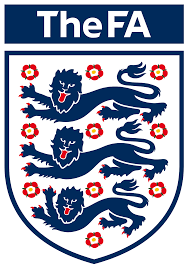 The Football Association (FA) has announced it is making 124 positions redundant as it battles the effects of the coronavirus pandemic.

COVID-19 has had a "significant impact" on the organisation's finances, the English national body said, with potential losses of £300 million ($372 million/€332 million).

Eighty-two people will lose their jobs, while a further 42 positions which would have been recruited will now be removed from the structure.

The exact areas where cuts will be made have not yet been confirmed, with a consultation process due to start.

"We now have a greater understanding of the long-term and irreversible effect of the pandemic on our finances," said FA chief executive Mark Bullingham.

"It might seem that football has weathered the storm by getting the top flight men's game playing again.

"However, unfortunately the past few months have impacted the FA severely and we have lost a significant amount of money that we can never recoup.

"We also anticipate that many of our future revenue streams will be affected for a considerable time.

"The high level of uncertainty in our landscape means that we have had to plan for a whole range of potential scenarios.

"As previously communicated, we are currently planning for potential losses of approximately £300 million.

"As a not-for-profit organisation, this will hit us hard.

"Therefore, over recent months, we have forensically analysed the budget of every division within the FA in order to identify the most suitable areas to make costs savings, and the situation has worsened to a point where we now need to reduce the size of the FA in order to deal with the financial impact of the crisis.

"We recognise that this is an incredibly difficult time for those employees who have been affected by these proposals and we will do everything we can to support them during a consultation period, which will start soon.

"Proposing redundancies is the toughest cost-saving measure that any organisation can consider implementing, but we believe that we must now adapt and future-proof the organisation to ensure our cost base reflects a future with significantly lower revenues.

"We have a responsibility to preserve our core functions that regulate and serve English football.

"We also have a duty to support our men's and women's senior teams in their efforts to win major tournaments.

"That means we have set out in our proposals some difficult choices because we do not think we can afford to do all the things that we did before.

"We believe the impact of this crisis is to force us to focus more than ever on our key priorities."

Bullingham said the organisation had lost revenue from cancelled events at its Wembley Stadium headquarters, such as music concerts and National Football League (NFL) matches.

Compensation has also been paid to sponsors and broadcasters when commitments have not been met.

"We do not think that it would be right to wait and see if the next few months bring greater certainty," Bullingham added.

"The reality we are faced with is that no-one knows the future and I believe that the money we have already lost, combined with the uncertainty of the coming months, means that we need to consider these proposals to avoid making matters worse in time.

"Going through this process now, as difficult as it is for all of us, means that in our worst-case scenarios we should still be able to overcome them and not need to repeat this exercise next year."

The body also made use of the British Government's furlough scheme.