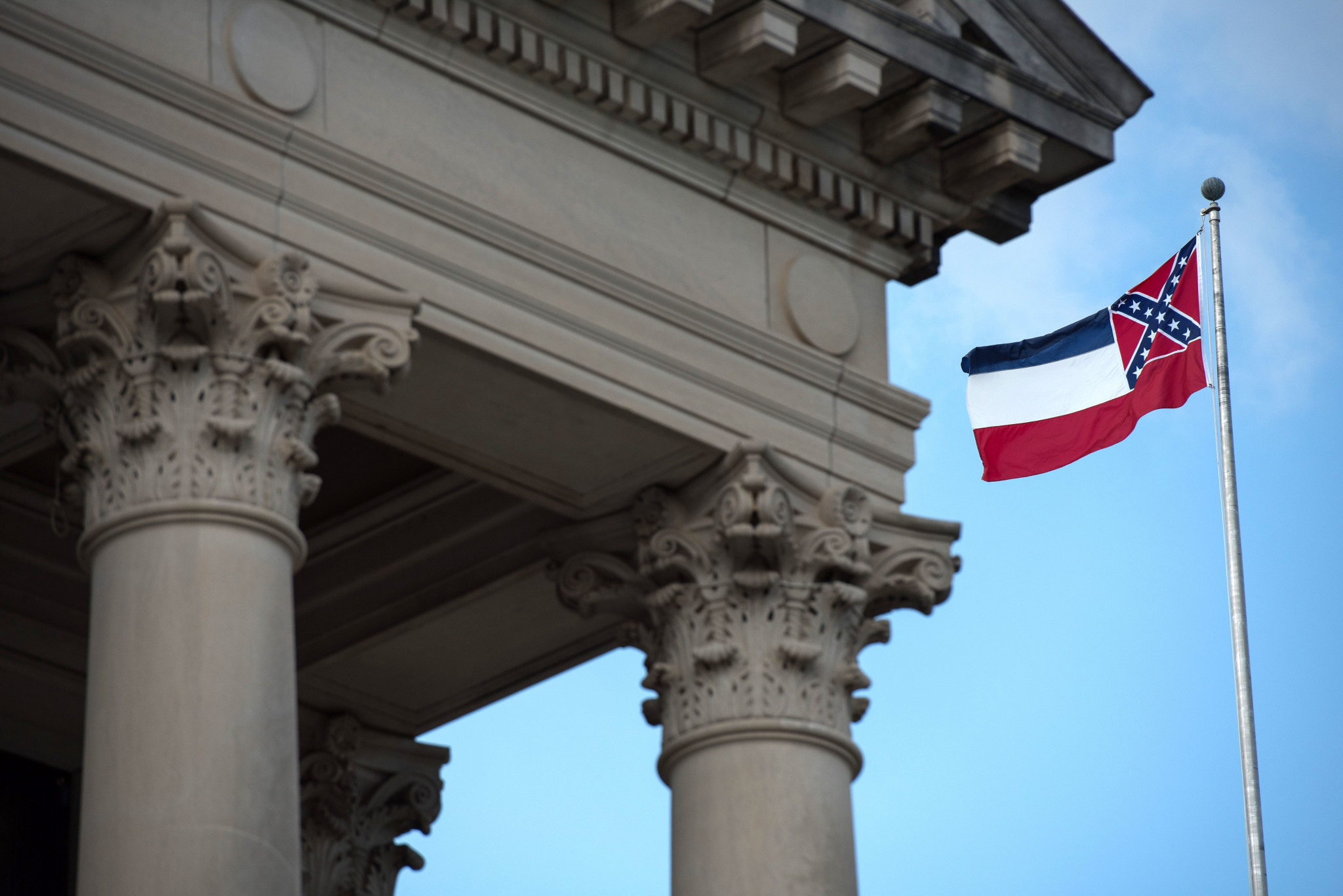 Student-athletes and collegiate coaches have been credited with influencing the Mississippi legislature's decision to change the state's controversial flag.

Mississippi's state flag is the last one in the United States to feature a Confederate emblem.

Both the House and Senate have now voted in favour of changing it, following pressure from various university sports figures and institutions.

Kylin Hill, a star running back on the Mississippi State University American football team, had said he would no longer play for the university unless the state it represents changed its flag.

Other members of the team supported Hill's stance, while a group of coaches and sporting officials from eight universities in Mississippi visited state capital Jackson to lobby for the flag to be changed.

Mike Leach and Lane Kiffin, the respective head football coaches at Mississippi State and the University of Mississippi - better known as Ole Miss - were among the more high-profile figures lobbying in Jackson.

The Southeastern Conference (SEC) - one of the major collegiate athletic conferences in the US - earlier this month said that it would not hold championship games in Mississippi unless the flag was changed.

Ole Miss and Mississippi State are both members of the SEC.

If you From Mississippi you felt this one ❤️ 🤞🏾

The bill dictated that the current flag be removed within 15 days.

"In God we trust" is expected to appear on the new flag, as it does the state seal.

The Confederate emblem is deemed offensive by many, given the Confederate States of America's pro-slavery stance during the American Civil War.

Its presence on the state flag came under fresh scrutiny following the anti-racism protests which have taken place across the US and beyond following the police killing of George Floyd and other black people.