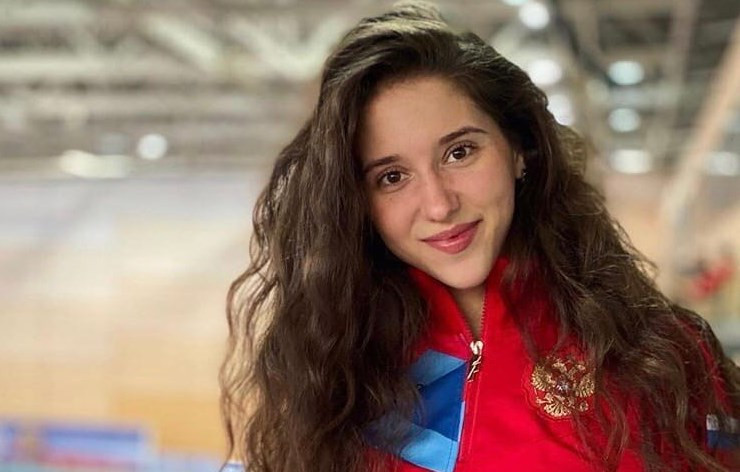 Russian sambist Victoria Sergievskaya has reflected on her positive experience of participating in the first International Sambo Federation (FIAS) Online Sambo Cup, where she finished third.

Winning the bronze medal behind winner Julia-Maria Horn of Germany and Spain's Adrian Labrado, Sergievskaya spoke of what she learned from the competition.

It was created by FIAS to fill the void left by the COVID-19 pandemic, which has suspended most international sporting activity.

The first edition of the Online Sambo Cup was limited to European athletes and took place on June 20 and 21.

"This unusual format quite appealed to me, it proved to be a very useful interactive activity," Sergievskaya said.

"I believe that all athletes need to know the sports theory, and for those who represent their country at international tournaments, English is also very important in order to be able to communicate with each other.

"I felt very nervous before the start of the Cup.

"Besides, the fact that for me the competition took place at night affected my condition."

Sergievskaya hails from the Siberian city of Tomsk, which shares a longitude similar to parts of China and sits six hours ahead of parts of Western Europe.

She continued: "I was worried but everything went off fairly well.

"This tournament taught me an important lesson: you do not always need to do everything faster.

"Battling it out to reach the finals, I thought that I should finish as soon possible, but it turned out to be my mistake; and although the format of the competition itself implies promptness, at that moment I really have hurried."

Sergievskaya was also filled with a sense of national pride while honing new skills.

"The leading motivation for me was the desire to learn something new.

"This is such an unusual experience, and, representing our country alone, I felt a very special responsibility.

"In the course of the event, I’ve picked up two exercises: to do the splits and to perform the arabesque for 10 seconds, but most of all I remember the task of opening the card in the semi-finals.

"Later on, I mused for quite a while what would have happened if I had opened another one.

"Perhaps I would have perceived that image differently.

"It depicted a pretty rare technique: a throw with dislocation grip of both legs.

"I was finally able to understand what kind of technique this was only when I opened the whole picture."

The competition required athletes to match the skills given on random squares and they were then marked on their technical prowess.

With women winning both gold and bronze medals, Sergievskaya feels the tournament was a step in the right direction in terms of equality.

"The main advantage of such competitions is that all participants perform on equal terms," she said.

"Also, there are no gender differences; you don’t have to be very strong to win.

"Besides, the online format of the tournament was such a release in time of the lockdown.

"When in isolation, it is difficult for athletes to find motivation for training, and these competitions, although quite simple in terms of physical fitness, forced us to get off the couch and exercise."

FIAS is planning more competitions on different continents, with the African version having taken place on Saturday (June 27).

The Asian competition is set for July 4 and 5 and a Pan-American edition for July 11 and 12.

The winners of each will participate in final series on July 18.