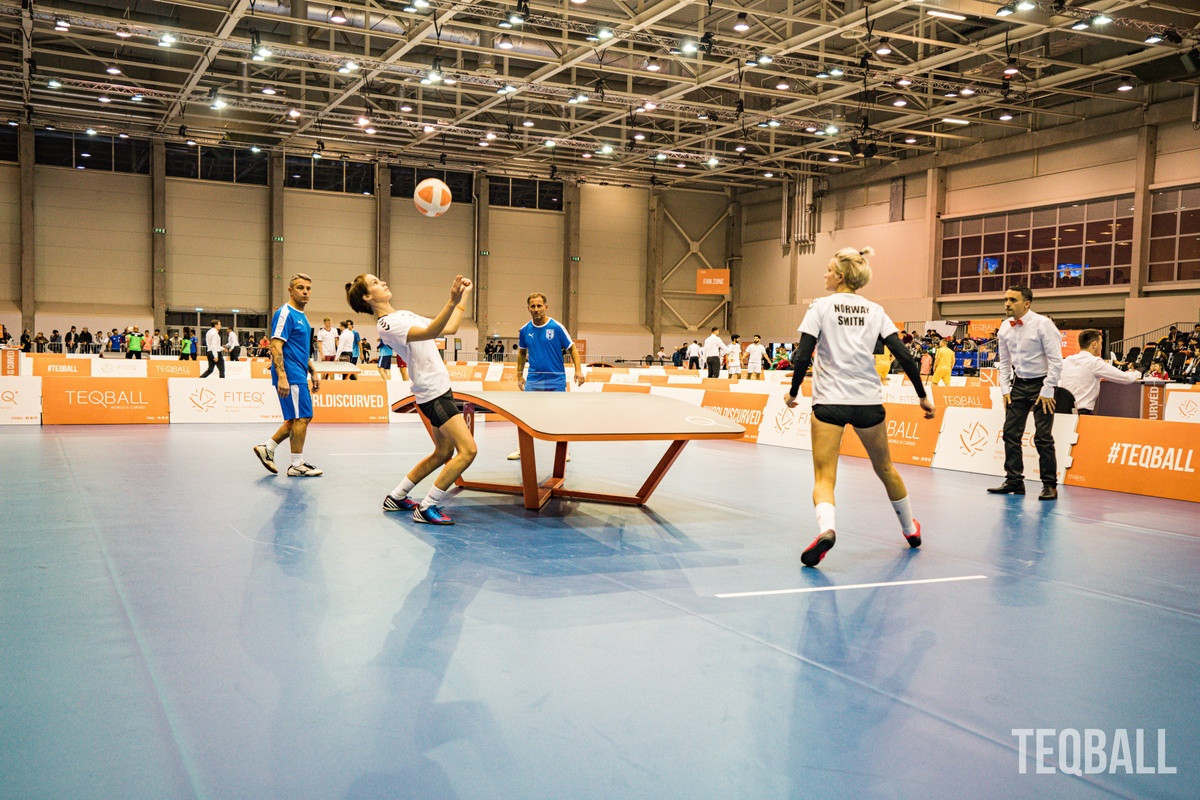 Pernille Ingvaldsen Smith and twin sister Henriette Ingvaldsen, who last year became the first female doubles team to compete at the Teqball World Championships, are spearheading the development of the sport in their native Norway.

The sisters, who come from a football and footvolley background and were crowned European Footvolley champions in October 2019, bought a Teq Lite table with two other friends shortly before the COVID-19 shutdown in Oslo.

"We want to keep developing, and hopefully we will get to practise more in the upcoming weeks," Pernille told the International Federation of Teqball (FITEQ).

"We joined forces with a large soccer and youth club here in Oslo called Sagene IF.

"They have applied for funding from the city of Oslo to buy three more tables.

"Hopefully these tables will be accessible some time this summer.

"Since we are now part of a large soccer/youth club, having a table has generated interest among young people.

"Also, when or wherever we play, people seem interested and want to try.

"I believe that teqball in Norway has great potential with some promotional work."

The sisters believe teqball can lead to more equality between female and male athletes than there currently is in football.

"FITEQ has done a tremendous job in being attentive towards females," said Henriette.

"Having equal pay and equal focus on female and male players gives us women motivation and makes it easier to prioritise this amazing sport."