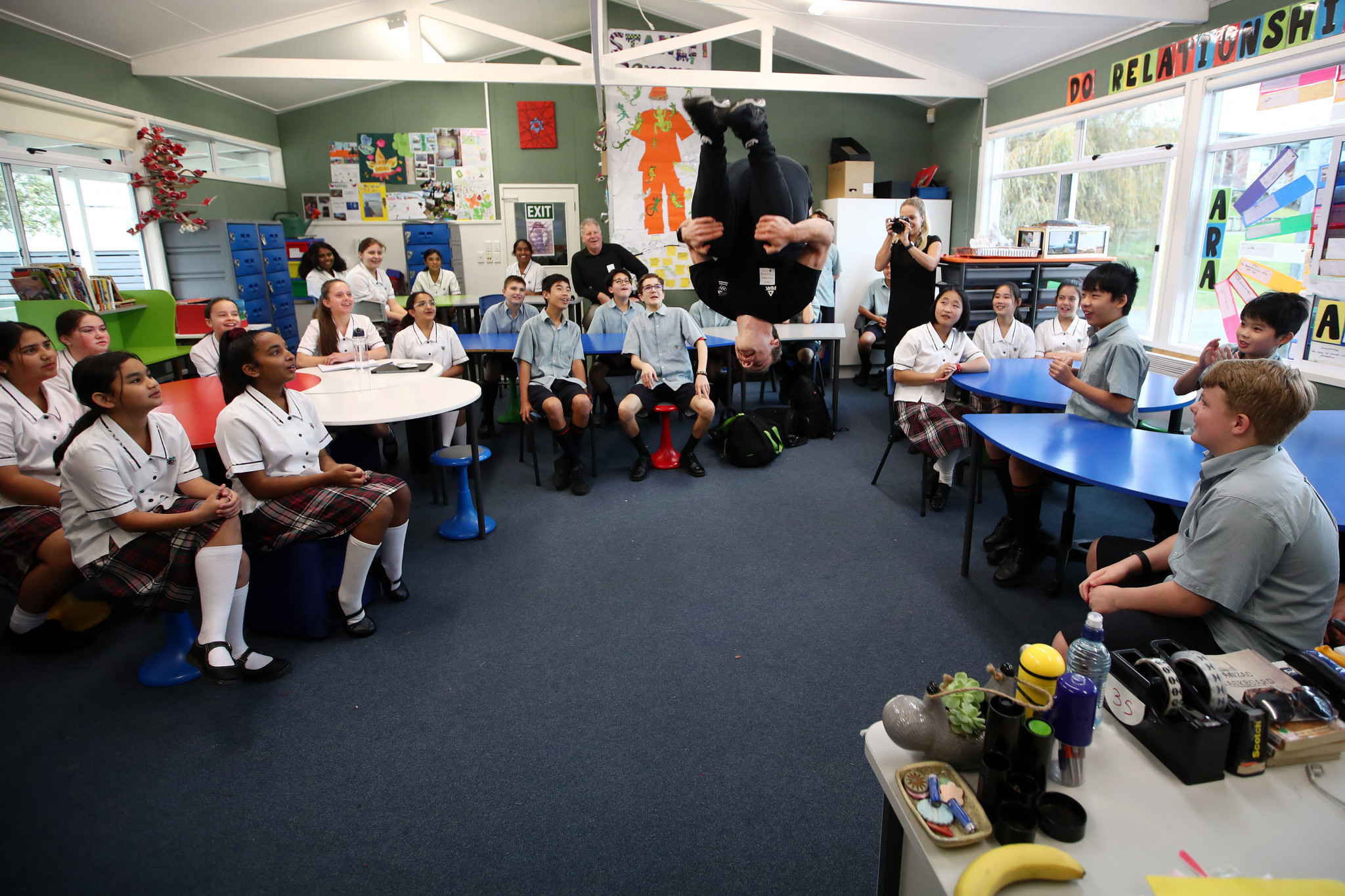 National Olympic Committees from all five regions have been marking a unique Olympic Day, with many forced to take festivities online.

Olympic Day is celebrated on June 23 every year, marking the anniversary of the International Olympic Committee (IOC) being formed in Paris in 1894 by Pierre de Coubertin.

The Olympic Federation of Ireland asked athletes to go "behind the dreams" and reveal what inspired and drove them to Olympic success.

OLYMPIC DAY | BEHIND THE DREAMS

We each have a story.

That moment when the seed of belief was sown, that person who stoked the fire.

The National Olympic Committee of the Republic of Belarus was another to post a video to celebrate the occasion.

Biathlete Darya Domracheva, a four-time Olympic champion and holder of the Hero of Belarus title, was among the athletes to wish viewers well.

The French Olympic Committee encouraged people to walk, run or cycle 2,024 metres today - choosing the distance to symbolise that the Olympics are coming to Paris in 2024.

The British Olympic Association's celebrations are spanning over five days as part of a scheme to promote activity.

After going for a run, those participating can log their kilometres covered online and it is hoped that the combined efforts will spread from the German Sport and Olympic Museum in Cologne - usually the venue for Olympic Day events - to the Berlin Olympic Stadium.

Due to the coronavirus pandemic, celebrations have moved online in many countries and South Korea is on such example.

The Korean Sport and Olympic Committee (KSOC), in lieu of its traditional activities to promote an active lifestyle, asked people to share a photograph or video of them exercising.

Prizes are on offer, with entries accepted from today until July 7.

This year mark's KSOC's 100th anniversary, which the organisation said made it more determined than ever to celebrate Olympic Day.

"We are very excited by the programme that we have planned for Olympic Day this year," Cadogan said.

"Just as before, we have planned a week of activities that we are hoping will attract participation from people of all ages.

"We have a good mix of activities.

"These include a TikTok challenge, a Greek Statue photo competition, a Zoom Treasure Hunt, and an Olympic Day workout.

"There is also an educational component and several games for persons to play daily."

Mitchell's Pass the Torch programme encourages youth athletes to share stories and be leaders in their communities.

Smith, a sprinter and bosleigh athlete who has competed at both Summer and Winter Games, plans to launch Racing to Zero - YYC next year.

That project wants to reduce the number of plastic bottles used at meets, educate all those involved about the importance of sustainability and help to plan events that are more environmentally friendly.

All three athletes, the COC said, are "living true to the values of Olympism" - excellence, friendship and respect.

"It’s been a challenging time so it’s great to connect with these kids and share some ideas and advice," Schmidt said of the visit.

The NCOZ is also staging a Virtual Olympic Day Run.

A compliation of Olympic Day messages from Zambian athletes, ex-NCOZ President Miriam Moyo and others was also comiled.

In his Olympic Day message, IOC President Thomas Bach recognised it was a "very different" day.

"Let us join together to use this power of sport to prepare the postponed Olympic Games Tokyo 2020 as a moment of solidarity and resilience of humankind," Bach urged.

"We are all in the same situation right now.

"With the global coronavirus crisis, all of us are living with much uncertainty about the future.

"In these difficult times, we need the values of sport, our shared Olympic values of excellence, friendship, respect and solidarity, more than ever."