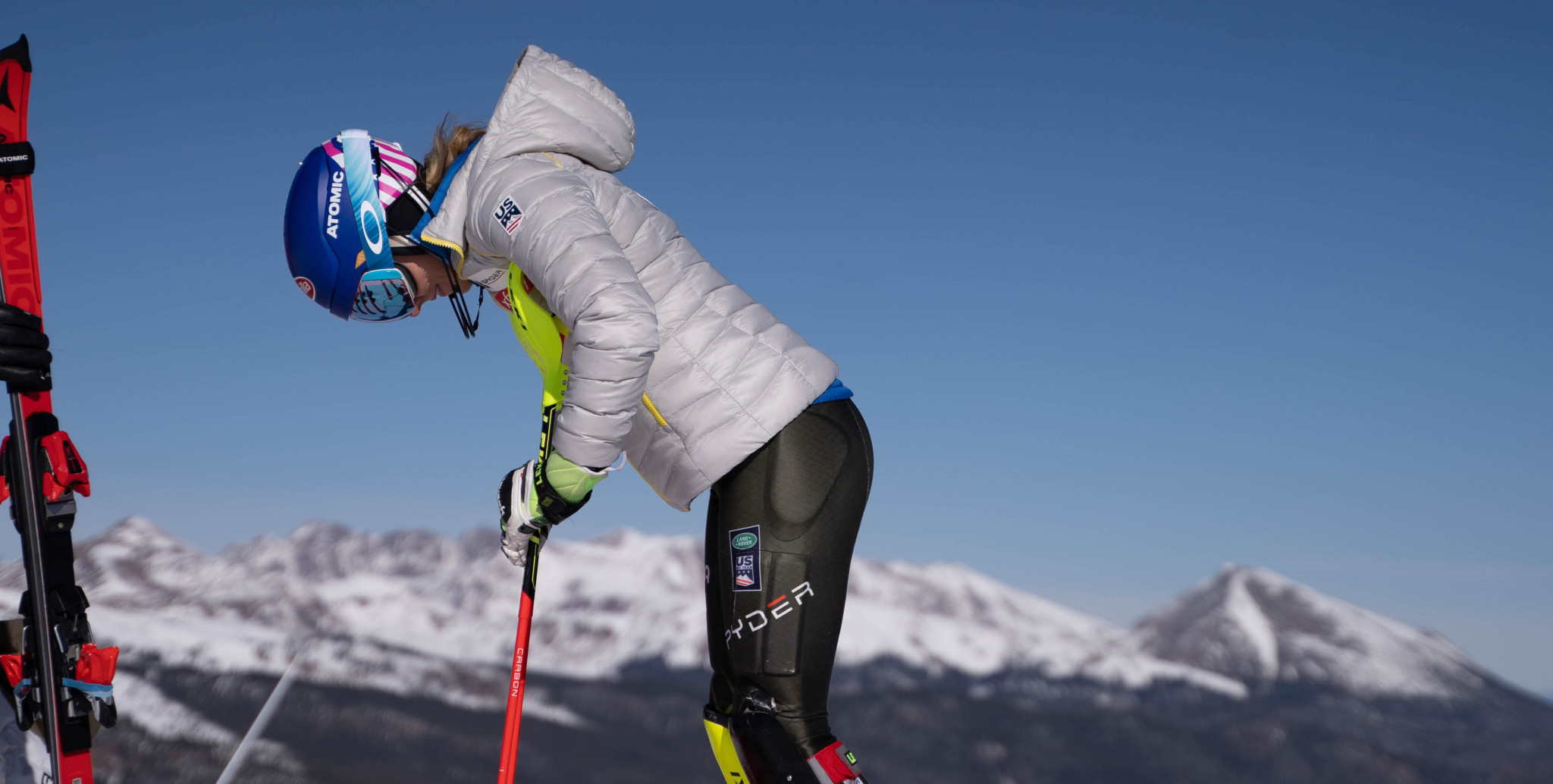 Double Olympic champion Mikaela Shiffrin has returned to the snow as she took part in her first training camp of the 2020-21 season at Copper Mountain.

Shiffrin spent a month away from the skiing circuit in February and March following the sudden death of her father Jeff, and had planned to participate in one final event before the end of the 2019-20 season, a World Cup meeting in Are in Sweden.

Due to the coronavirus pandemic, the race and the remainder of the season was cancelled.

Despite the shutdown caused by the virus, Shiffrin, who won gold medals at the Sochi 2014 and Pyeongchang 2018 Winter Olympics, has kept busy with various other projects, while maintaining fitness in her home gym.

The 25-year-old was one of a group of United States Ski and Snowboard athletes able to return to training last week at Copper Mountain in Colo, following weeks of work to ensure the site met coronavirus health and safety protocols.

"Returning to snow was difficult to describe, because it was really amazing," said Shiffrin's head coach Mike Day.

"It was something that was so refreshing like I haven’t really experienced in my career.

"There was never a time before in my career where we had no option to ski, so when we were finally able to get back on snow with everything going on in the world, it was really special.

"We can’t begin to thank Frank Kelble and Copper enough for the effort they put in to produce great, safe venues - both with protection and social distancing measures and really well thought-out planning."

The United States Ski Team traditionally holds training camps at Copper Mountain in October and November, so conditions were something of an unknown when the team arrived at the site in the middle of June.

🙃🙃🙃 THX @CopperMtn & @usskiteam!! There are so many athletes out there who are not able to practice their sports at all, so many people who are still hardly even able to get outside, so trust me I know how lucky we were to get even a little bit of training the past 2 wks. 🥳👏 pic.twitter.com/OsYGOH9uHF

"The conditions really surprised us - they’ve been remarkably good and we couldn’t be happier," said Day.

"We were excited to go skiing, but our expectation was not extremely high with what we would get for quality, but we’ve had extremely high-quality training.

"It has been mostly freeze-thaw snow, but it’s pretty spectacular to not be above treeline, but to actually be in the trees, and be in a familiar place."

Shiffrin's training return has focused around the slalom and giant slalom events, the disciplines where she won her two Winter Olympic gold medals.

"I was excited to see the level that Mikaela brought back to the snow," Day added.

"She was immediately skiing at a very high level, which was nice to see, in both events."

Shiffrin said returning to the snow after a long absence was "amazing."

"It felt amazing to be back on snow after having the longest time off skis that I can remember in my career," said Shiffrin.

"I wasn’t sure how it was going to feel after such a long time and with everything going on in the world, but I am so thankful to have had the opportunity to spend some time training on snow, as I realise so many people in our country hardly have the chance to even get outside right now and the damage that is doing emotionally and mentally is beyond words.

"Of course there are still so many unknowns we’ll have to navigate moving forward in this ‘new normal,’ but I really can’t thank Copper, the US Ski Team, and my team enough for working together to create great training conditions that led to a really productive camp.

"Many of our competing nations have had access to on-snow training over the last few weeks and will continue to have access throughout the summer on the glaciers, while some competitors were never forced to go off-snow at all, and still some have yet to touch their skis to snow, and may not have the chance until the fall or winter - so I am incredibly grateful to be among the athletes who have been able to practice on snow for any amount of time at all."