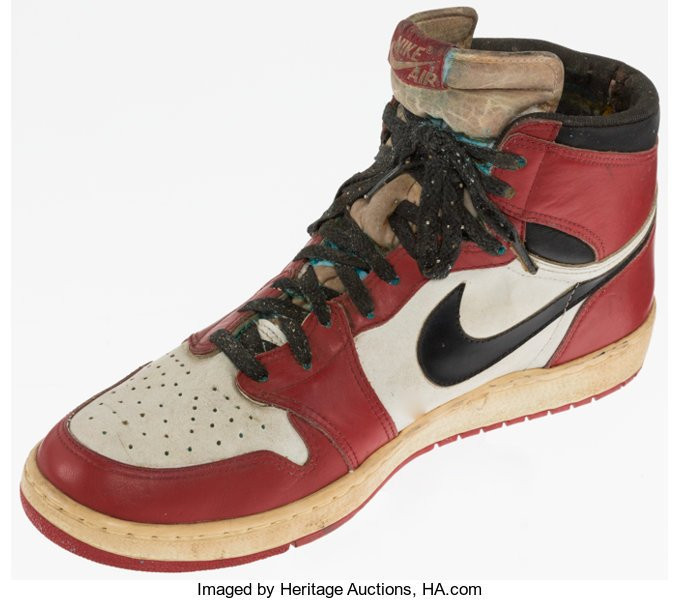 Sold through Heritage Auctions, the items were put up for sale by the son of the man who turned them into metallic birthday gifts on behalf of Jordan's first wife in 1994.

According to Sports Collectors Daily, the size 13.5 shoe - possibly worn during a game - and the monogrammed glove were kept by an Israeli family who made them.

Dan Lavi decided to sell the items after the success of recent documentary series The Last Dance, which chronicles Jordan's final season with the Chicago Bulls.

The items were used by Lavi’s father 26 years ago to make moulds for silver versions of each.

To create the moulds and make sure the original items kept their shape, the glove was filled with permanent epoxy, while material similar to modelling clay was inserted into the shoe.

He was also the star of the 1992 United States Olympic basketball side, otherwise known as the 'Dream Team', and won his second gold medal at the Barcelona Games, having been on the victorious US team on home soil at Los Angeles 1984.

Jordan retired from basketball three times, turning his hand to baseball on the first occasion before returning to basketball when he feared being called up to Major League Baseball as a replacement player during a players' strike.

Various pieces of Jordan memorabilia, including photographs and shoes, have sold for high prices following the popularity of The Last Dance.

Famously apolitical as an athlete, Jordan and his brand recently pledged to donate $100 million (£78.8 million/€88.4 million) to groups fighting for racial equality over the coming decade.