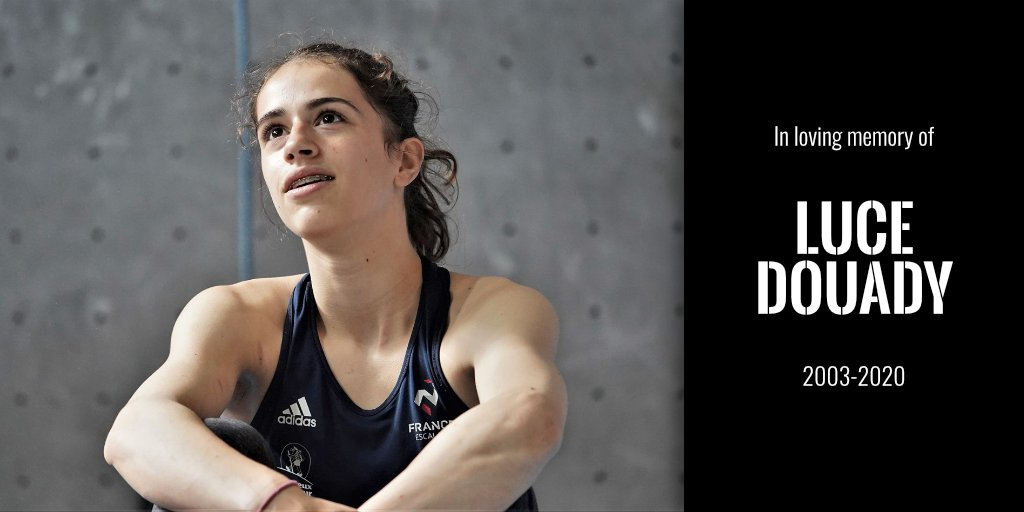 The International Federation of Sport Climbing (IFSC) has spoken of its "great sadness" after the death of 16-year-old Luce Douady following an accident.

According to French media reports, Douady had been travelling to an unexplored sector of a cliff near Grenoble with friends.

She reportedly slipped and fell from the approach path.

The exact circumstances of the accident are still unknown, with French authorities opening an investigation.

A tribute was paid by the IFSC to Douady, who became a junior world champion last year.

"Luce was a young, brilliant and talented athlete who won her first Youth World Championships title at last year's competition in Arco, where she first placed third in the youth A lead final, and then climbed atop the podium in the youth A bouldering event," an IFSC statement read.

"Also in 2019, Luce made her first appearance in the IFSC Boulder World Cup circuit, debuting with a fantastic fifth place in Vail, while finishing 20th at the 2019 IFSC Climbing World Championships in Hachioji and participating in two Lead World Cup events in Chamonix and Inzai.

"The IFSC's thoughts and prayers are with Luce's family and friends at this tragic time."

The French Federation of Mountaineering and Climbing described Douady as a very promising young athlete, adding that the organisation was in mourning.

"Luce was a young athlete from the French climbing team, very promising," the federation said.

"This terrible news hit her training comrades, her coaches and her club, Chambéry Escalade, hard.

"But today, the whole federation is in mourning.

"We obviously think of her family and we will be at their disposal."