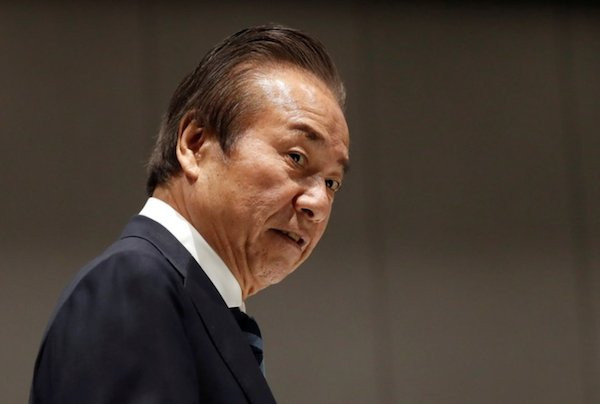 Tokyo 2020 Board member Haruyuki Takahashi has said there should be the option to further delay the Olympics and Paralympics, instead of cancelling the Games entirely if the COVID-19 pandemic does not subside.

As reported by Japanese publication Nikkan Sports, Takahashi also expressed his concerns for the country's finances and said: "Japan and the world economy will be severely hit."

Due to the ongoing pandemic, the Tokyo Olympics, initially scheduled for July and August of this year, have been moved back to the 2021 and are now due to start on July 23.

However, with the situation improving slower than expected, International Olympic Committee (IOC) President Thomas Bach has admitted that the Games would have to be scrapped altogether if the event cannot be held in 2021.

High-ranking IOC member Pierre-Olivier Beckers-Vieujant said earlier this month that a final decision on holding the Games would be made in the spring of 2021.

Tokyo 2020 vice-president Toshiaki Endo had previously said a decision on the fate of the Games should not be made until "at least March".

On Takahashi's comments, Tokyo 2020 were not immediately available to comment on the report.

In an Organising Committee Executive Board meeting on Friday (June 12), Tokyo 2020 President Yoshirō Mori said that cancelling the Games had not been discussed with the IOC.

A push back to 2022 would cause further scheduling conflicts with major events such as the Beijing 2022 Winter Olympics, the FIFA World Cup in Qatar, the World Athletics Championships in Oregon and the Birmingham 2022 Commonwealth Games all set to be hosted.

As of last month, Japan is facing a recession due to the ongoing health crisis.

Worldwide, there are a reported 3.44 million active cases of COVID-19, with more than 439,000 people dying from the virus to date.