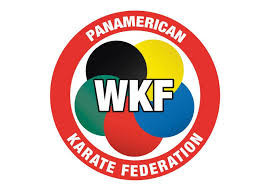 This year's Pan American Karate Federation (PKF) Cadet, Junior and Under-21 Championships in Mexico have been cancelled because of the COVID-19 pandemic.

The PKF said it had made the decision to cancel the event, which had been scheduled to take place in Monterrey from August 24 to 29, due to the "impossibility of knowing when we will be able to go back to the normal development of our activities".

It follows the cancellation of the Pan American Karate Championships in Costa Rica earlier this year.

Numerous karate events have been postponed or cancelled due to the coronavirus pandemic, which has also delayed the sport's debut at the Olympic Games.

The Tokyo 2020 Olympics will now open on July 23 next year and conclude on August 8.

The Asian Karate Championships, postponed until dates not yet determined, is among the other major continental events in the sport to have been affected by the pandemic.

The European Championships, which have been due to take place in Azerbaijan's capital Baku from March 25 to 29, was cancelled, while the Oceanian Karate Championships in Paita in New Caledonia have been postponed from the original dates of June 12 to 14.