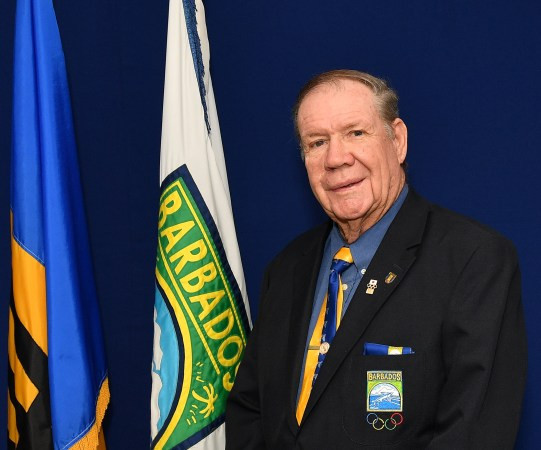 Ralph Johnson, the vice-president of the Barbados Olympic Association (BOA), has passed away aged 80 after serving on the country's Olympic Board for more than three decades.

Affectionately known as "Bruggadung", Johnson sat on the BOA Board for 34 years, spending 28 of those as the vice-president of the governing body.

During his time as a sports administrator, he was one of the creators of the lottery system in Barbados that funded sport in the country and allowed the BOA to give more support to National Federations.

He was also the chairman of the Allocations Commission which reviewed projects and programmes, as well as recommending where to distribute funds from the lottery.

The Prime Minister of Barbados, Mia Mottley, paid tribute to Johnson and said that he was "a very successful post-independence industrialist of Barbados".

"But for all his successes as a manufacturer, you cannot chronicle his life's journey without pausing to consider his considerable achievements in, and contribution to, sports in this country," Mottley said.

“Bruggadown”, as he was affectionately known was a quintessential man of sport as an avid Sportsman & dedicated administrator pic.twitter.com/cFP3PWvJcZ

"For more than three decades, starting in 1986, he sat as a member of the Board of BOA and was a principal architect in the founding of the local lottery, from which sports was always a major beneficiary."

Johnson was also a keen sportsman, participating in golf, rally driving, boxing, sailing and squash, with the latter making him an inaugural inductee into the Barbados Squash Association's Hall of Fame.

In 1997, he was awarded a Gold Crown of Merit for his contribution to sport.

In a statement from BOA President Sandra Osborne, she said: "We are profoundly saddened by his passing and wish his dear widow, Isabell, his children and wider family our deepest sympathy.