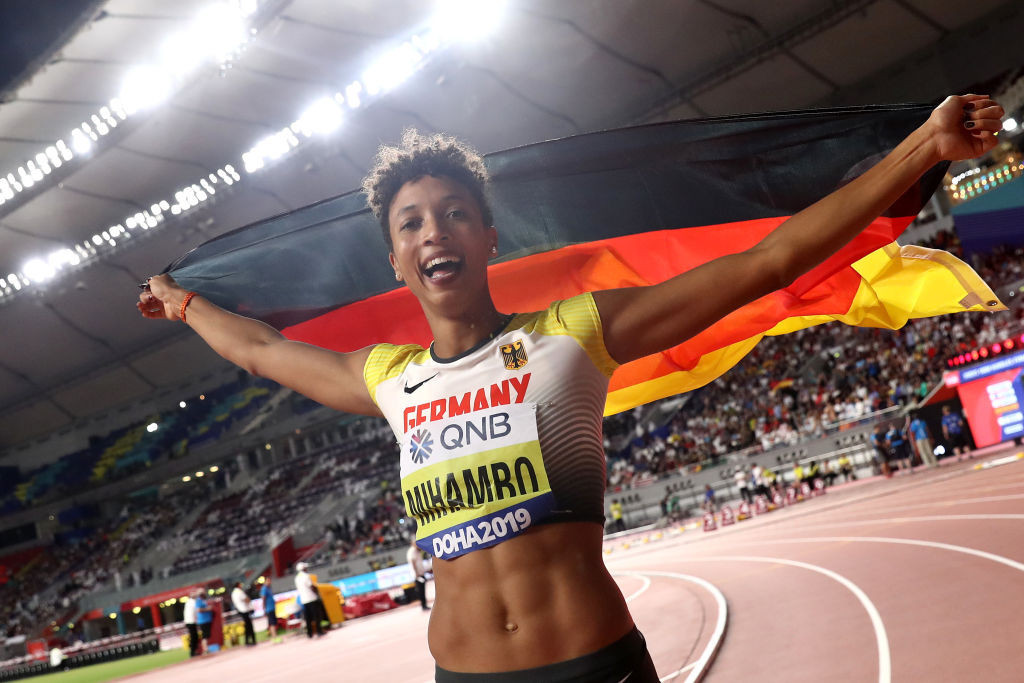 World long jump champion Malaika Mihambo of Germany is set to move to the United States to be trained by legendary athlete Carl Lewis in the build-up to the postponed Tokyo 2020 Olympic Games.

Mihambo, who won the gold medal in the women's long jump at last year's World Athletics Championships in Doha, told the Bild am Sonntag newspaper the nine-time Olympic champion would help further her career.

"He is the athlete of the century," Mihambo said.

"I admire what he has achieved in two sprint events, the relay, the long jump.

"I want to develop as an athlete and as a person.

"This is the case in this environment."

Mihambo, 26, added: "Carl Lewis and Leroy Burrell, who will become my sprint coach, have been among the world elite for years.

"I can learn a lot from them because they followed the same path."

Mihambo, who dominated the long jump season in 2019, said she had been inspired by her first talks with Lewis.

She plans to move to Texas to work with the 58-year-old former athletics great.

"It is time for something new," Mihambo added.

"Now is the time for such a big step."