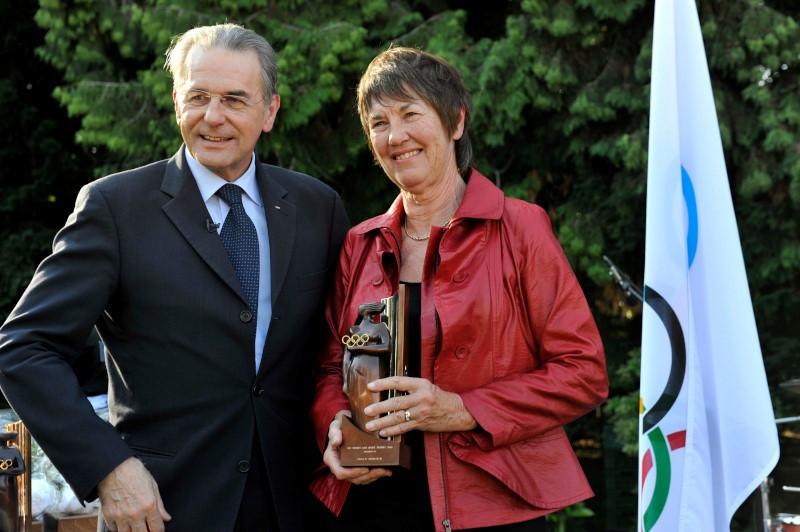 Tributes have been paid to Susie Simcock, a former President of the World Squash Federation (WSF) and New Zealand sports administrator, following her passing.

"Susie was a pioneer in the world of sport and especially in squash," current WSF President Jacques Fontaine said.

"As the first female President of the WSF she paved the way towards establishing squash as one of the main racket sports in the world.

"It is desperately sad to hear of her passing - but the contribution she made to our sport will live on for ever."

Simcock was elected WSF President in 1996 and the New Zealander completed a maximum term in office, leaving the role in 2002, after which she was appointed Emeritus President.

She was the first woman to be elected to the Council of the General Assembly of International Sports Federations, a member of the New Zealand Olympic Committee Board and a New Zealand Sports Foundation governor.

In 2010, the International Olympic Committee (IOC) recognised Simcock with an IOC Women and Sport Award.

The Commonwealth Games Federation awarded Simcock an Order of Merit in 2018, while a year later she was made an Officer of the New Zealand Order of Merit.

Ted Wallbutton, who was WSF chief executive throughout Simcock's time as President, said she "combined a charming, open and warm personality with an ability to see the bigger picture and drive through vital change".

Simcock played a large role in squash's campaign for inclusion on the Olympic programme - something which still eludes the sport.

"Susie was equally at home in a local Squash club, amongst the professional players or in the high-powered environment of the Olympic world, making friends wherever she went and skilfully advancing the agenda to promote and advance the sport she loved," Wallbutton added.

"After retiring from the Presidency, she continued to spearhead the drive to make squash an Olympic sport.

"The strong relationship she had forged with key Olympic members, particularly President Jacques Rogge, was instrumental in the decision of the 117th IOC Session to vote for squash to be included in the London Olympic Games of 2012.

"The decision was subsequently overturned on a technicality, but remains the highpoint of the Olympic campaign.

The WSF extended its condolences to Simcock's family, including husband Jon, daughter Robyn and son Jeremy.