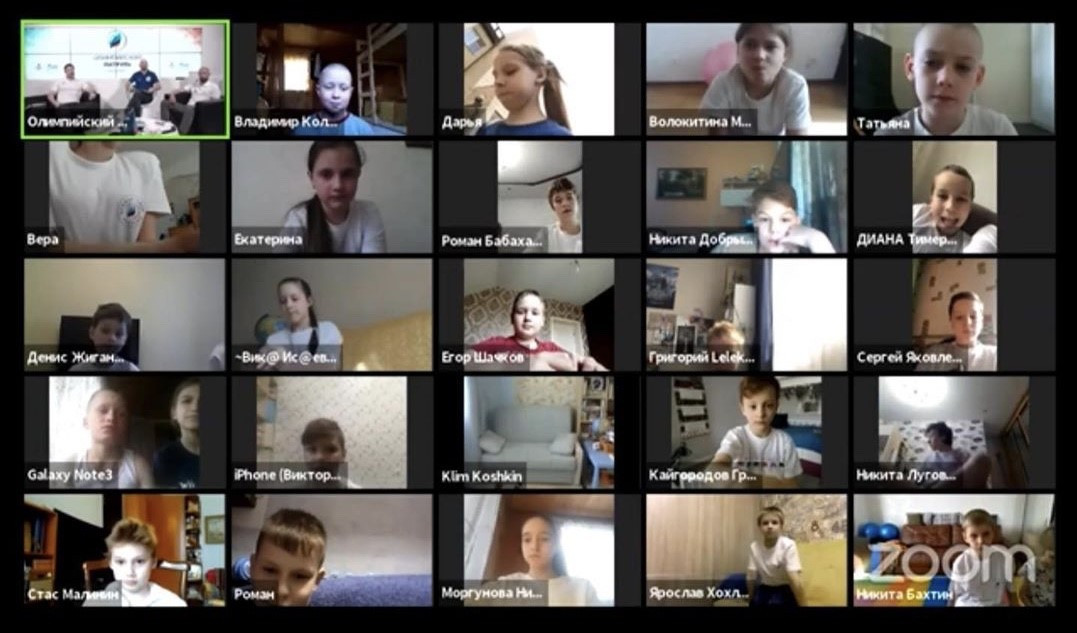 The Russian Olympic Committee (ROC) hosted an online version of its Olympic Patrol project, which featured some of the country's Olympians talking to children and young people about the Olympic Movement and their own sporting careers.

Olympic Patrol, which was launched after Russia hosted the 2014 Winter Olympic Games, is a sporting and educational project that tours the country and sees Russian athletes talk about the history of the Games and promote Olympic values.

When continuing the project in person proved to be impossible due to the coronavirus outbreak, the ROC considered alternatives and on May 28 hosted the event virtually for the first time in its six-year history.

The virtual session was hosted on Zoom and broadcast on the ROC's social media accounts, where it was watched by more than 450 children and young people.

The athletes held an Olympic Lesson where they talked about the history of the Olympic Movement and its main principles, the culture of fan support, principles of fair play, their respective sports disciplines and their personal sporting journeys.

Participants in the virtual Olympic Patrol asked the champions questions including how they overcame anxiety before the start of competitions, how they became part of the Russian national team and what the most memorable moments of their careers were.

This online edition of Olympic Patrol ended with a quiz before the winners of a contest organised for followers of the Olympic Patrol's Instagram account were announced.

Winners received scooters, while others received memorable gifts bearing the symbols of the Russian Olympic team.

Since the launch of Olympic Patrol in July 2014 the project has attracted more than 175,000 participants and more than 200 famous Russian athletes have been involved.