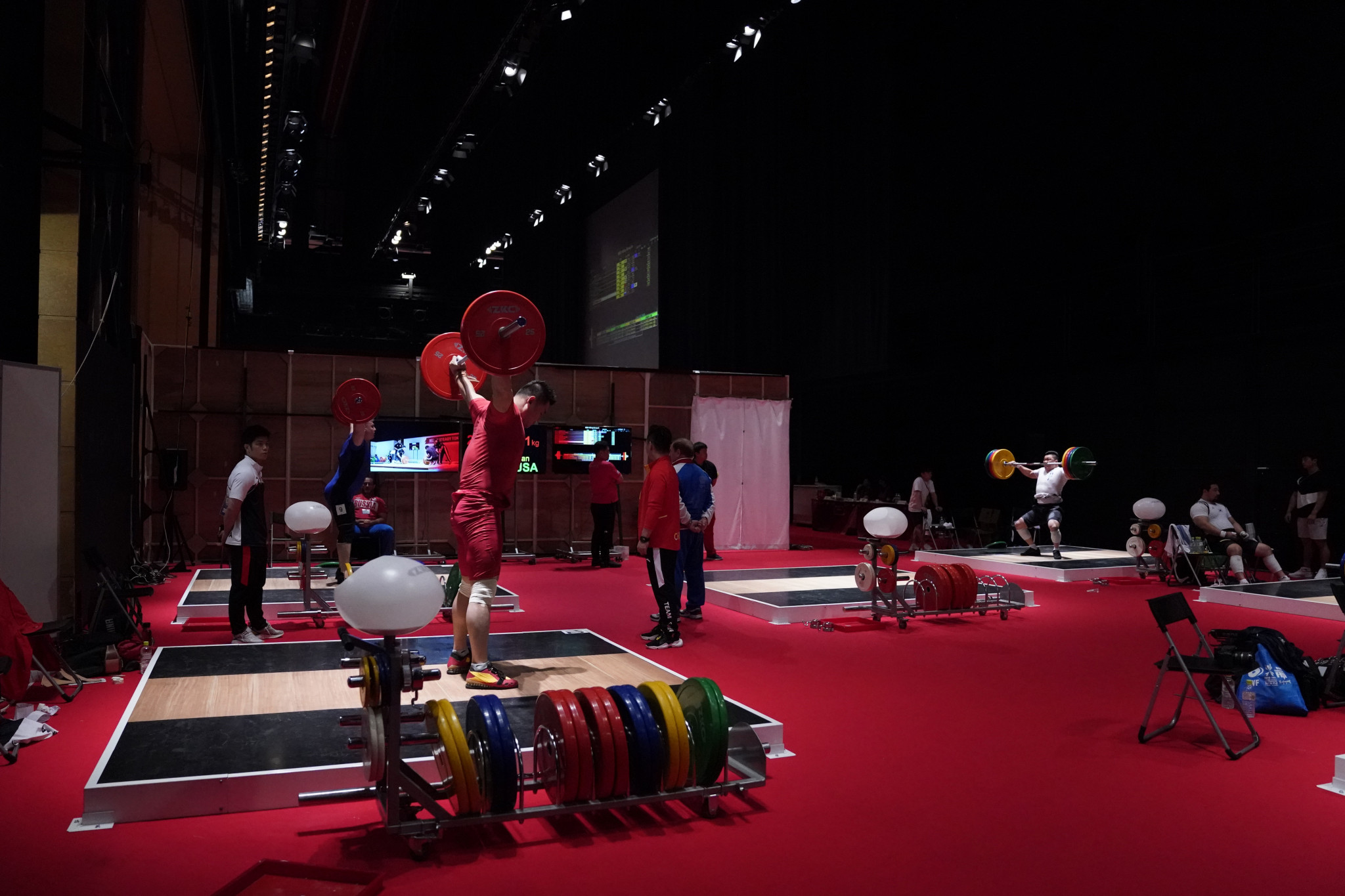 Weightlifting has been given approval by the International Olympic Committee (IOC) to extend its Tokyo 2020 qualifying period by a year, until the end of April 2021.

Every athlete, including those who already have enough points to qualify, will be compelled to compete at least one more time in the period between October 1 this year and April 30 next year.

The International Weightlifting Federation (IWF) also wanted all 196 qualified athletes to attend a compulsory pre-Games training camp, at which they would have been subject to anti-doping testing to ensure all athletes went to Tokyo "clean".

IOC Sport rejected this "new eligibility requirement", pointing out that it was not COVID-19-related, and that it might burden National Olympic Committees (NOCs) with extra costs, but has said the idea could work on a voluntary basis, documents seen by insidethegames show.

Several nations already have other pre-Tokyo training plans in place.

The IOC’s recommendations will be discussed by the IWF Executive Board at a videolink meeting on Sunday.

In the new qualifying timetable, the period between April 30 and September 30 this year becomes barren as so many competitions have been cancelled or postponed.

The original qualifying schedule was split into three six-month phases ending on April 30 this year, with athletes compelled to enter at least six competitions over the 18 months.

Four results from those competitions count towards the final qualifying points total - one each from the three phases, plus the best other total.

Additionally, entry in at least one IWF World Championships or continental championships is compulsory.

Because all five 2020 continental championships have been postponed during the COVID-19 pandemic, along with the IWF Junior World Championships and other events, the IOC has agreed to an extended qualifying programme.

The first two phases were completed without interruption, and performances from those two phases count.

Phase three of qualifying is split into two parts, A and B.

Part A ran from 1 November 2019 to April 30 2020, and covered the time when all the continental championships, plus the World Junior Championships, were postponed.

Part B runs from October 1 and will feature the postponed events, provided health and travel conditions are suitable for them to be rearranged.

No "new" competitions - ones that were not on the original 2020 calendar - can be added to the qualifying schedule.

Athletes with a good result from part A can count it but, like all others, they must enter a competition in part B and present themselves for testing, even if they do not need the points.

The athletes who might benefit from the extension are those who were injured during all or part of the original phase 3, or who had underperformed in it.

Iran’s Sohrab Moradi, a champion at Rio 2016, is among them, though his chances of qualifying remain very slim.

Others who can improve their points total include Beatriz Piron and Crismery Santana of Dominican Republic, both of whom may have qualified anyway.

Mattie Sasser of the United States, who was flag-bearer in Rio for the Marshall Islands, where she was born, could benefit in the 64-kilogram class.

Sasser’s hopes might also be improved by decisions on nations with multiple doping offences.

Colombia and Romania, which both have high-ranked 64kg athletes, are liable to be suspended from the postponed Tokyo 2020 Games should ongoing doping violations be closed.

Russia also has 12 historic doping violations being processed by the International Testing Agency and could face a suspension.

The pre-Olympic training camp might yet happen, but it would not be compulsory, as International Federations cannot introduce new eligibility criteria once they have been set.

The three-week camp was first suggested by Maxim Agapitov, president of the Russian Weightlifting Federation and a member of the IWF Board.

The camp was designed to "detect, deter and prevent doping and to promote health, fairness and equality for weightlifters, thus protecting athletes’ fundamental right to participate in doping-free sport".

Agapitov said the camp, paid for by the IWF, would not impose any additional financial burden on the IOC, the Organising Committee, the national federations or their athletes.

It would be arranged at the IWF’s expense "and we will provide an excellent example of ensuring a 'true level playing field' for any other international federation."

He believes such camps will become popular in the future.

"The IWF is deeply conscious of the efforts made by weightlifters and those who support them to pursue their Olympic dreams at Tokyo 2020," said the IWF's Acting President Ursula Papandrea.

"Preserving their progress was a vital step for us, as was ensuring a similar range of opportunities to those being provided before the pandemic halted the Olympic qualification system for weightlifting.

"The IWF Executive Board had fairness and clean sport in mind when it approved the initial system and those core principles remain.

"The idea that only those countries with a proven track record of clean weightlifting compete at the Olympic Games – which has been repeatedly welcomed by the IOC – remains in place."