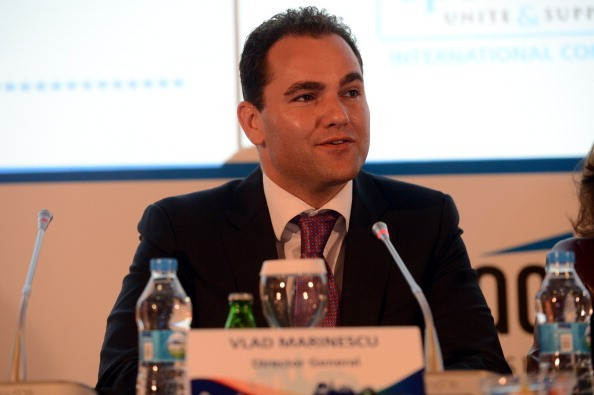 International Esports Federation (IESF) President Vlad Marinescu has been named as the recipient of the United States Sports Academy's Honorary Doctorate for 2020.

The annual award is made to an individual who makes what the academy judges as "an outstanding contribution to sport and to society."

Marinescu is currently the President of both the IESF and the United States eSports Federation, and is also chief media and marketing officer for the International Judo Federation.

Born in Romania and raised in the United States, Marinescu has worked in leadership roles in international sport for more than 15 years, including serving as director general of SportAccord, now known as the Global Association of International Sports Federations, an umbrella organisation for all International Sport Federations.

Marinescu, who was named as the new IESF President in place of Colin Webster earlier this month, last week signed a Memorandum of Understanding with his counterpart at the World Esports Consortium Daniel Cossi.

The IESF, founded in 2008 and headquartered in South Korea, operates with the mission of getting esports recognised more widely by establishing national esports associations around the world and creating a fair and competitive platform for esports.

Marinescu will receive the Honorary Doctorate award at the institution's combined graduation and awards of sport programme at its campus in Daphne in Alabama on November 12.

The United States Sports Academy is an independent sports university that aims to prepare men and women for careers within the sports profession.