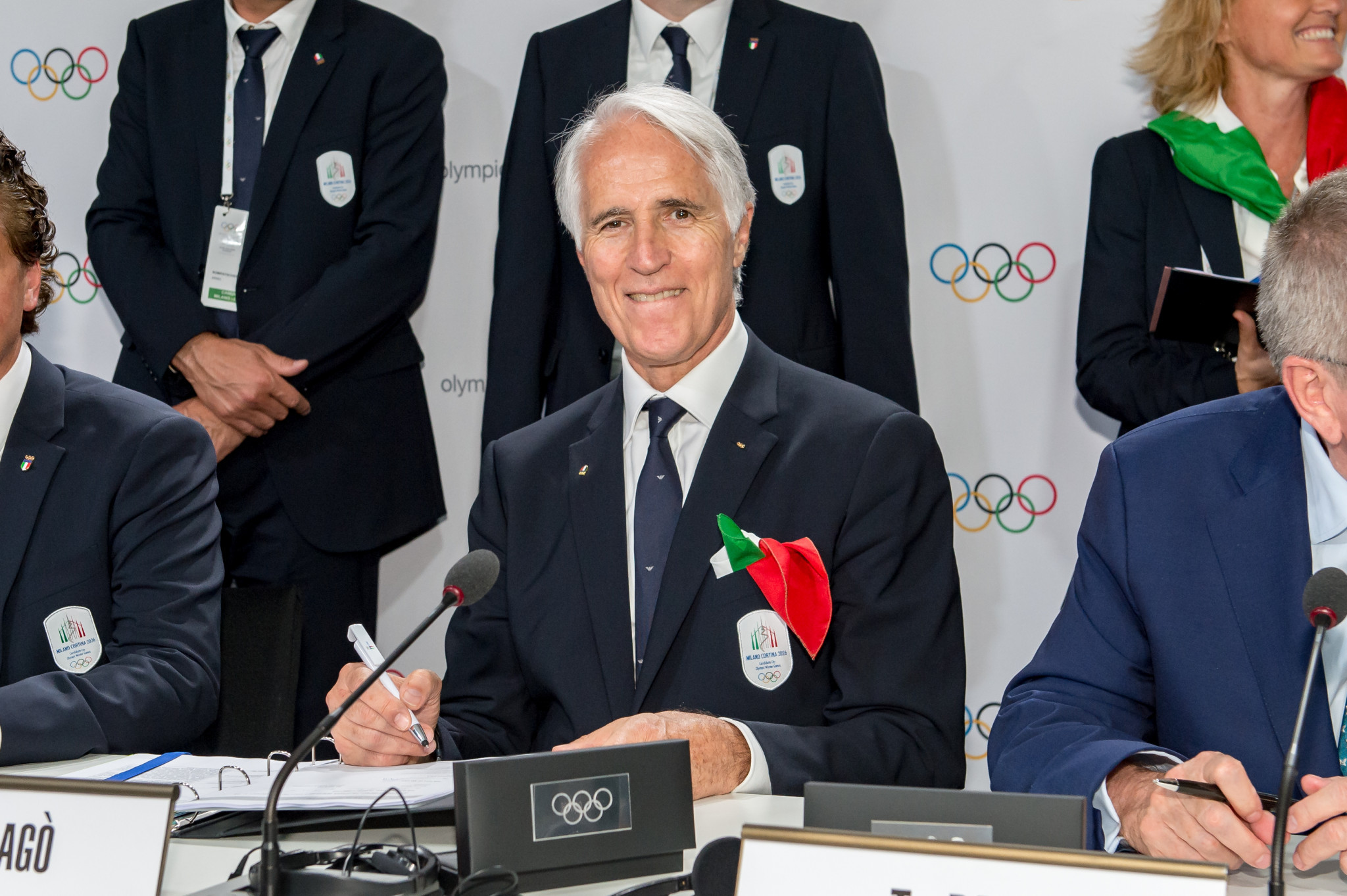 Milan-Cortina 2026 President Giovanni Malagò has claimed 2026 "will be the year of Italy" with the Winter Olympic and Paralympic Games, as well as the Mediterranean Games in Taranto all taking place.

Malagò, the President of the Italian National Olympic Committee, made the declaration at the launch of a mascot competition for the Mediterranean Games.

"2026 will be the year of Italy," he said, according to Gazzetta dello Sport.

"In February we will have the Winter Olympics, in two large regions such as Lombardy and Veneto to which the autonomous provinces of Bolzano and Trento join.

"And then in June we will have the Mediterranean Games in Taranto, whose symbolic value today is more important than ever."

It will be the fourth time Italy has hosted the event, with Naples, Bari and Pescara having staged previous editions.

Members of the public can vote for the Taranto 2026 mascot on the Organising Committee’s website, with three options shortlisted.

The first option is Ionos, described as a "naughty dolphin with a punk hairstyle", with the animal aimed to highlight the happiness of water sports.

Skuma is the second option with the mussel claiming to represent the "fruits of the Taranto sea".

The final design is Ikkos, who is described as representing the Tarantino myth in a superhero version.

The design is labelled as being "half macho, half sea", with the mermaid claimed to be in love with sport.