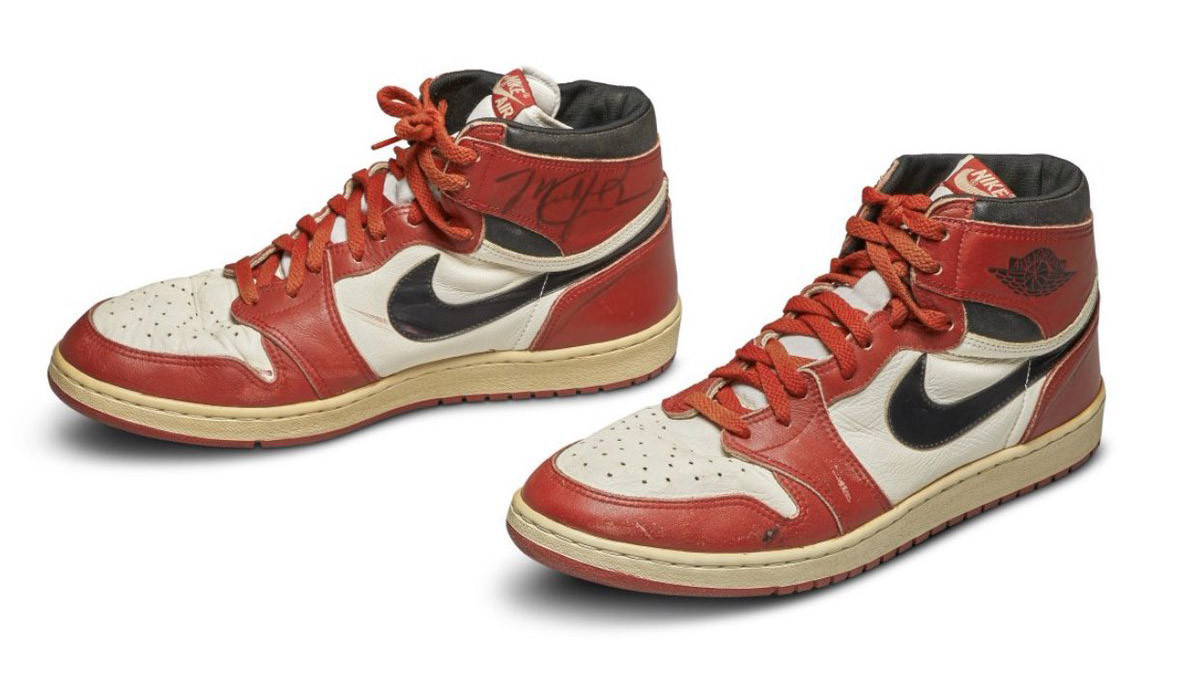 The trainers were worn by Jordan during his rookie season with the Bulls in 1984-85.

Sotheby's said the Air Jordan 1s came from the collection of Jordan Geller, a collector and founder of the ShoeZeum, a trainer museum.

Geller said he decided to sell the shoes to coincide with the release of the finale of the ESPN documentary The Last Dance, which tells the story of Jordan's career at the Bulls, where he won six National Basketball Association Championships.

"Jordy always has a great sense of timing for these things," said Brahm Wachter of Sotheby’s, who ran the auction, as reported by Action Network.

"We are thrilled with the price.

"It just speaks to Michael Jordan’s incredible legacy and people recognising him as the greatest athlete to ever play."