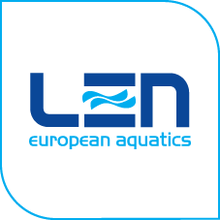 Italian Paolo Barelli has effectively been granted a six-month extension to his reign as President of the European Swimming League (LEN) after the organisation rescheduled its elective Congress for November due to the coronavirus pandemic.

The LEN said it planned to stage its Congress in Budapest on November 8 but it could be held virtually "in case physical attendance is not possible due to the coronavirus crisis".

In a statement, the European body added it would also consider postponing the event "to a later date", including 2021, depending on the COVID-19 situation.

The LEN confirmed all current members of the Bureau, the organisation's ruling body, will remain in office until the end of the Congress, which had initially been scheduled for May 10 in the Hungarian capital.

Barelli, LEN President since 2012 and who stood unsuccessfully for the top job at the International Swimming Federation in 2017, will remain in his position until the meeting takes place.

It is not yet clear whether the Italian, among the officials to have been reported to European authorities over reportedly authorising six-figure payments to third-party companies over a period of five years, will stand for re-election.

The LEN denied the allegations against Barelli, secretary general David Sparkes and treasurer Tamás Gyárfás after a series of newspapers received documents which claim that LEN had made payments to three Italian companies for services that had never been provided.

Barelli was the subject of fraud allegations in 2014 following claims a sum of $1 million (£826,000/€924,000) allocated to the national governing body to be spent on the pool used for the 2009 World Championships in Rome was unaccounted for.

The Italian strongly denied the charges and no further action has ever been taken.