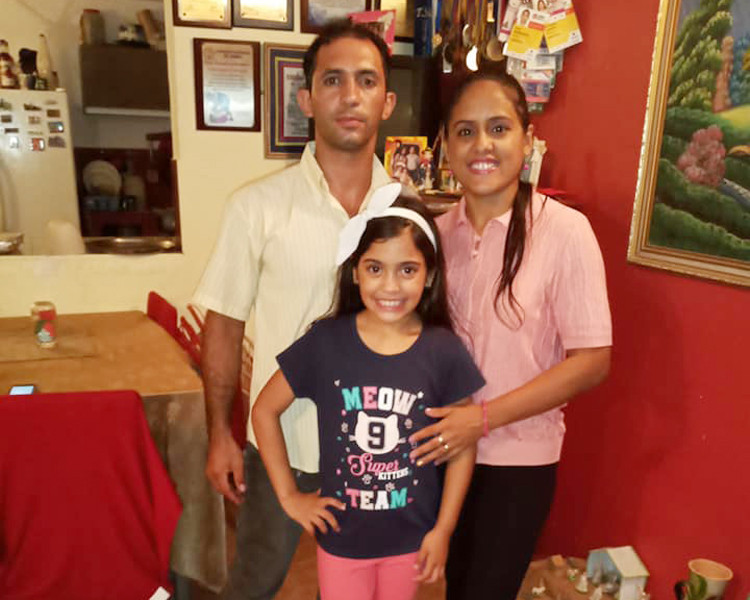 Venezuelan sambist Luisaigna Campos revealed she has dreams of her daughter becoming an Olympic champion in the sport.

The multiple-time world and Pan American champion made the comments in an interview with the International Sambo Federation (FIAS).

Campos is married to fellow athlete Lucas Borregales, and the two have high hopes for their daughter.

"I have been bringing my daughter to the gym since she was a toddler," Campos said.

"And as early as age five, she began to participate in competitions.

"In her first national Championships, she won the bronze, despite the fact that her opponents were at least a year older.

"The following year, when she was just six, she took part in the Championships among the children aged seven to eight, and became a champion.

"In 2018, she once again won the gold in the same age group of seven-year-old kids.

"She is a good athlete who loves sambo very much, Lucas and I think she has great prospects.

"I hope that when sambo enters the programme of the Olympic Games, my daughter will be an Olympic champion in this sport."

Sambo is not yet an Olympic sport, but was granted provisional International Olympic Committee (IOC) recognition for a period of three years in November.

It means FIAS is now able to receive funding from the IOC and is able to apply for grants to help fund their development programmes.

This boosts the sport's hopes of becoming a full Olympic sport in future.

Borregales is also a successful sambist, earning a gold medal at the 2019 Pan American Championships in the under-57 kilogram combat sambo division.