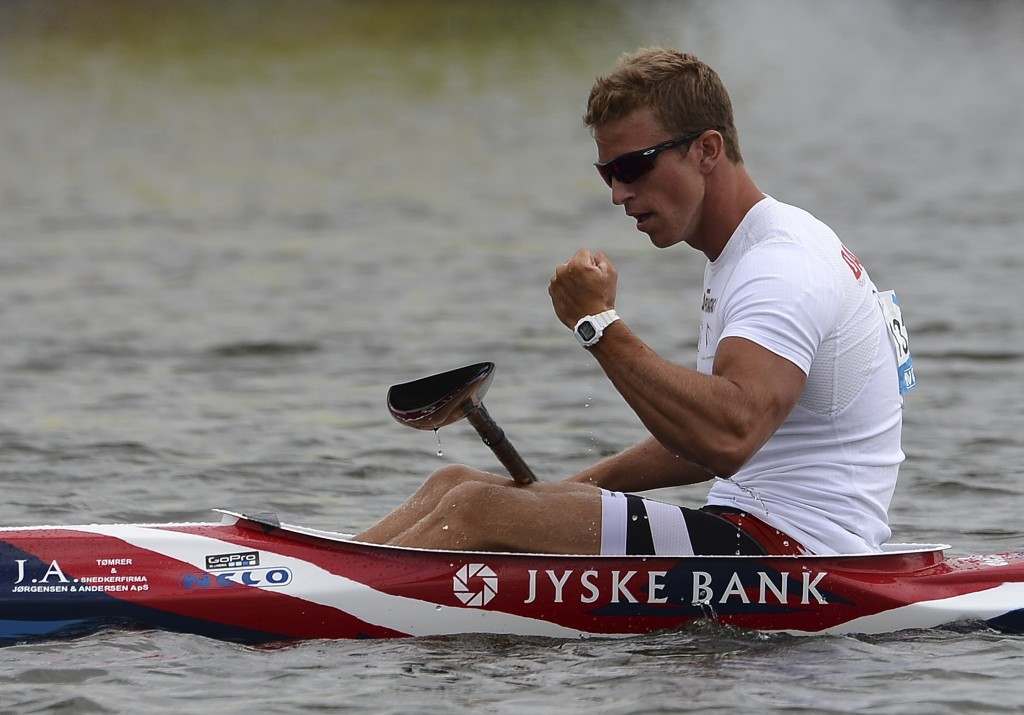 Beijing 2008 canoe sprint silver medallist René Holten Poulsen has said that athletes who are mentally strong will be the ones who succeed at the re-arranged Tokyo 2020 Olympics and Paralympics.

The Dane spoke about the challenges athletes face due to the COVID-19 pandemic, which has restricted training and forced them to adapt.

Poulsen, who will be looking to compete at his fourth Games in Tokyo in 2021 after the Games were postponed to next year, was a guest on the International Canoe Federation's (ICF) podcast, How Sport Stars Cope in COVID-19 Lockdown.

He said that the stress put on athletes during the crisis could be too much for some.

"The ones who are going to win at the Olympics are the ones that are going to be able to stay sane and stay calm in this situation because it is so different," the 31-year-old said.

"The mental preparation is definitely the hardest part of this."

Poulsen also spoke about the financial difficulties put on athletes who are aiming to qualify for the Games.

He added: "We're not exactly paid to do what we do in Denmark, so education is really important.

"The big challenge for next year will be whether or not people can afford to go to the Olympics.

"Some people will have to drop out because they can't afford it either in a financial way, or family reasons."

Others who featured on the third edition of the ICF podcast included Austria's Nadine Weratschnig, who hopes to make her canoe slalom Olympic debut next year, and New Zealand's Para-canoeist Scott Martlew, who is set to feature at his second Games.

Weratschnig spoke of her concern for her parents, who could be affected by the virus, but also spoke of her mental strength.

She said: "I just try to do the best out of the situation.

"I am not too worried and too concerned, I am not focusing too much on the Olympics, and so I think I am mentally strong for this."

Martlew even admitted that despite having gym equipment provided to him by High Performance New Zealand, he has struggled from not being in the water.

He said: "The first few weeks, the motivation was up there, but the last couple have been a bit tough.

"We're just allowed to get back on the water now, I've been on the water for three days, which has been a nice change.

"It has to be business as usual, it was disappointing when they had to move it, but it was the right decision.

"You've just got to deal with it I guess, there's nothing you can do about it."