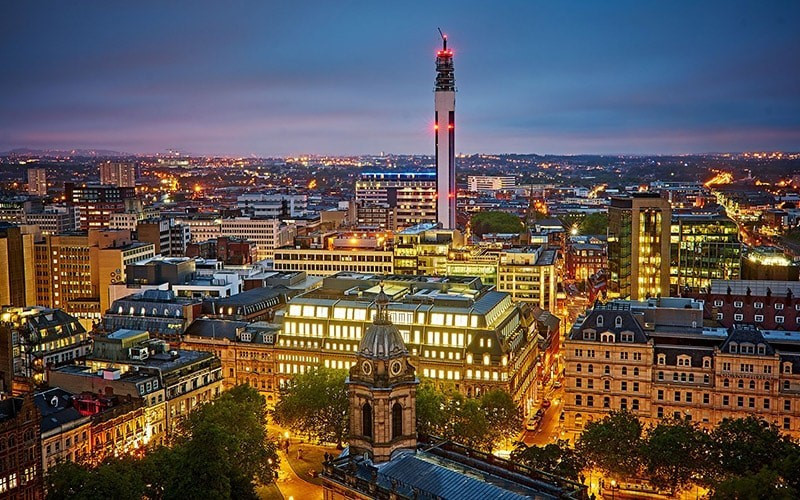 Birmingham has been announced as the host of the 2023 International Blind Sports Federation (IBSA) World Games.

The IBSA World Games will take place from August 18 to 27 at the University of Birmingham, as well as the Edgbaston arena and wider region.

IBSA President Jannie Hammershoi said the organisation would work alongside British Blind Sport to achieve their shared goals, following the awarding of the Games.

"We are confident that Birmingham 2023 will contribute towards our goal of being the world's leading body for sports for athletes with visual impairments," said Hammershoi.

"That is why in three years' time we hope to raise the bar for the IBSA World Games.

"We want athletes to have the best platform for their skills, as well as ensuring as many people as possible can experience the sports for themselves.

"We are excited to work with the team at British Blind Sport in reaching our common goals and making 2023 a really memorable year."

The Games are held every four years and are considered the major event on the blind sport calendar outside of the Paralympic Games.

Around two million people in the United Kingdom live with sight loss.

More than 28,000 people from the visually impaired community are a resident in Birmingham.

"As the IBSA affiliated organisation representing Great Britain, we are delighted to have been selected to host the 2023 IBSA World Games," said Alaina MacGregor, British Blind Sport's chief executive.

"This is really an immense opportunity for us and all stakeholders to showcase an amazing sporting event for visually impaired people from across the globe.

"Our choice of Birmingham as the host city put us in a great position, showcasing to the host selection committee a city that is vibrant, inclusive and welcoming.

"The whole team at British Blind Sport are delighted with the outcome and cannot wait to raise the profile of sport for people living with sight loss, as well as the aspirations of the participating athletes.

"A huge thank you to all those who supported us to submit such an impressive bid, particularly the teams at MLS Contracts, the University of Birmingham and UK Sport."

It will be the sixth edition of the IBSA World Games, which were first held in Madrid in 1998.

Birmingham will be the first host of the event since 2015.

The IBSA World Games had been due to take place last year, but IBSA were forced to cancel after being unable to find a suitable host.

The Games will take place one year after Birmingham has hosted the Commonwealth Games.

"The announcement of Birmingham as host city for the 2023 IBSA World Games is great news for us and underlines our credentials as an inclusive and international sporting city," Ward said.

"We have a strong track record for welcoming athletes from all over the world for events in Birmingham, with the knowledgeable and enthusiastic crowds and the warm welcome from our citizens always regarded highly by those who come here.

"I look forward to working with the organisers and want to congratulate all of those involved with the successful bid – and offer thanks to the other candidate cities who helped us raise our game to win this contest."