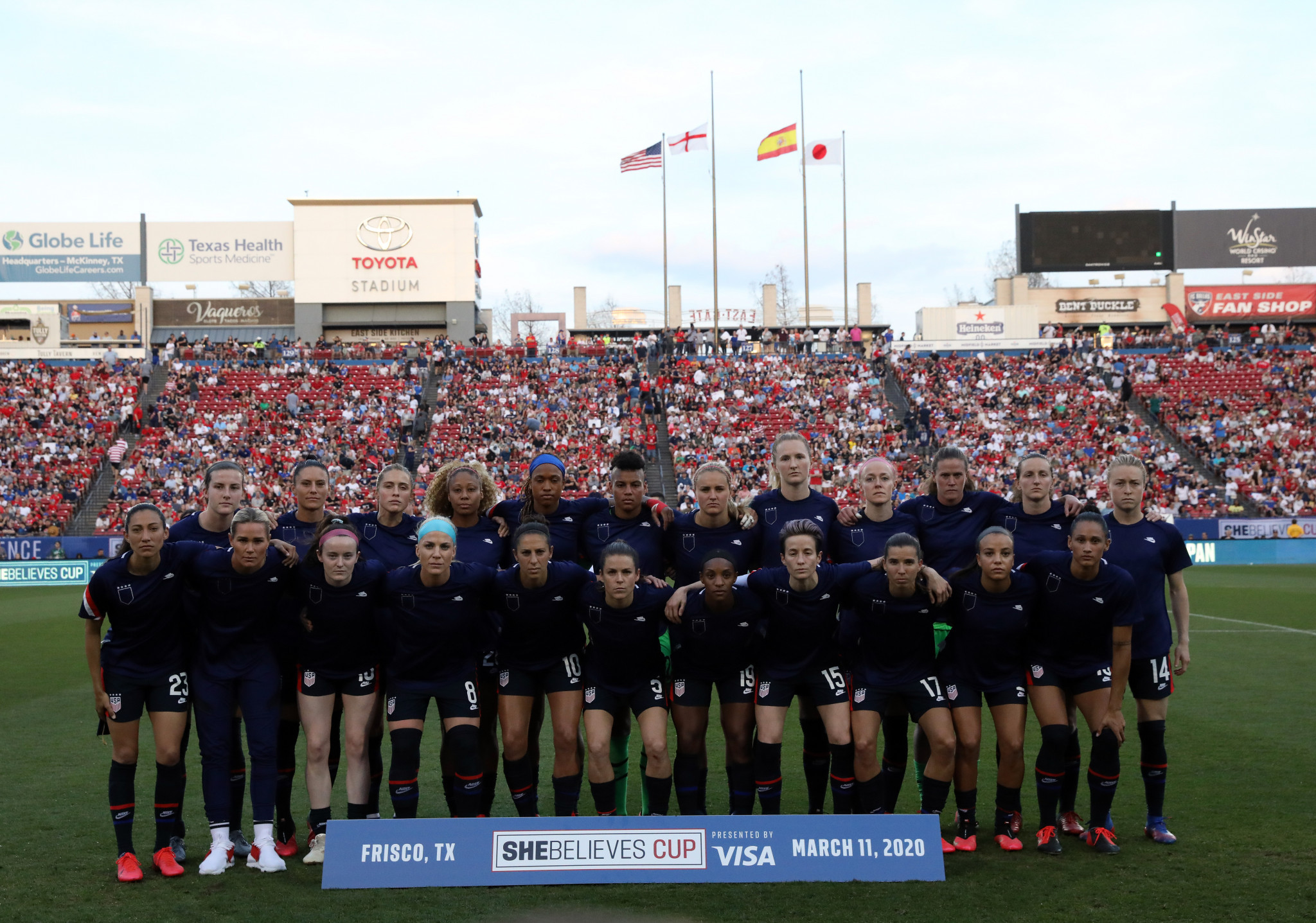 The United States women's football team have filed an appeal against the ruling of a federal judge after he dismissed their claim of unequal pay against US Soccer.

Klausner said the squad were paid more on both a cumulative and an average per game basis than the men's team.

"Equal pay means paying women players the same rate for winning a game as men get paid," said Molly Levinson, a public affairs specialist who is acting as spokesperson for the players.

"The argument that women are paid enough if they make close to the same amount as men while winning more than twice as often is not equal pay".

Although the equal pay claims were dismissed, judge Klausner allowed the Civil Rights Act claims to proceed to trial, which is due to begin in Los Angeles next month.

Accusations under the Civil Rights Act are that US Soccer discriminated against the women's team in the money it spent on charter flights and hotel accommodation, as well as support services, which included medical care.

When the US women's national team beat The Netherlands to claim their fourth World Cup in France last year, the stadium rang with chants of "Equal pay, equal pay", as the dispute was put firmly in the spotlight.

The dispute has continued in the public eye, and while warming up ahead of their SheBelieves Cup game against Japan in March, the squad wore their jerseys inside out to hide the US Soccer logo in protest at comments from former President Carlos Cordeiro, who subsequently resigned.

Cordeiro had claimed in a court filing that women possessed less footballing ability than men.